A Portrait of the Artist as a Young Man Quotes

Imagine some foul and putrid corpse that has lain rotting and decomposing in the grave, a jellylike mass of liquid corruption. Imagine such a corpse a prey to flames, devoured by the fire of burning brimstone and giving off dense choking fumes of nauseous loathsome decomposition. And then imagine this sickening stench, multiplied a millionfold and a millionfold again from the millions upon millions of fetid carcasses massed together in the reeking darkness, a huge and rotting human fungus. Imagine all this, and you will have some idea of the horror of the stench of hell. 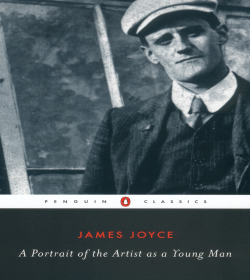