So I went to New York City to be born again. It was and remains easy for most Americans to go somewhere else to start anew. I wasn’t like my parents. I didn’t have any supposedly sacred piece of land or shoals of friends and relatives to leave behind. Nowhere has the number zero been more of philosophical value than in the United States. “Here goes nothing,” says the American as he goes off the high diving board. Yes, and my mind really was as blank as an embryo’s as I crossed this great continent on womblike Pullman cars. It was as though there had never been a San Ignacio. Yes, and when the Twentieth Century Limited from Chicago plunged into a tunnel under New York City, with its lining of pipes and wires, I was out of the womb and into the birth canal.

Source:Chapter 8
Buy Now
Do Some Magic! 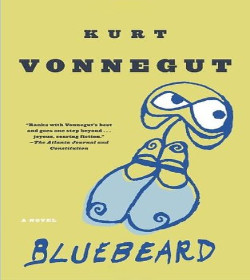