I told him I believed in hell, and that certain people, like me, had to live in hell before they died, to make up for missing out on it after death, since they didn’t believe in life after death, and what each person believed happened to him when he died. 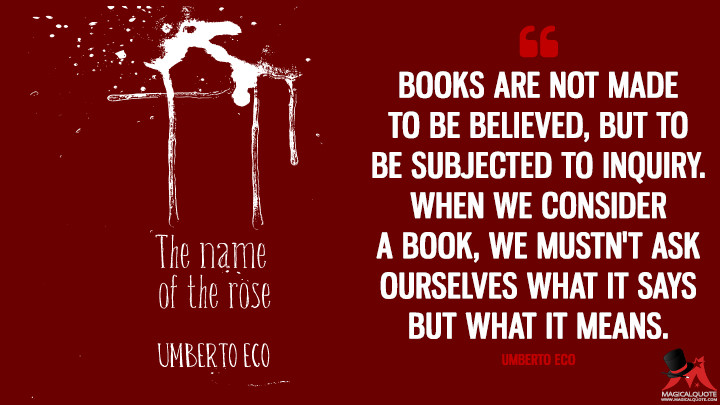 Books are not made to be believed, but to be subjected to inquiry. When we consider a book, we mustn’t ask ourselves what it says but what it means.

Belief and order give strength. Have to clear rubble before you can build.

All belief systems are elaborate fabrications, if logic is followed out to the end.

A man so painfully in love is capable of self-torture beyond belief.

“Belief” means not-wishing-to-know what is true.