It used to be, you had a problem with a man, you settled it and you left him there. Wasn’t no reason to clean up.

In this life, if you don’t move forward, you die.

His name was Toshaway. He was a Comanche chief. I came, in time, to look upon him as a father. Many years later on, after the Apaches killed my wife and my oldest boy, it was different. I tracked them down, and I killed them all with their families. I learned what it was like to take revenge. But having a father was better.[to Maria] 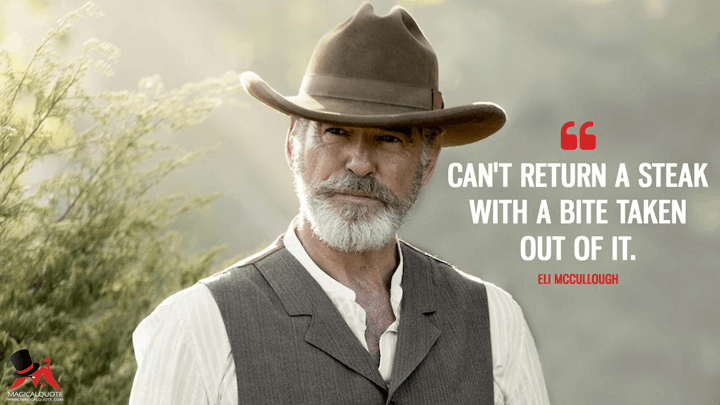 Can’t return a steak with a bite taken out of it.