Terminator 3: Rise of the Machines Quotes 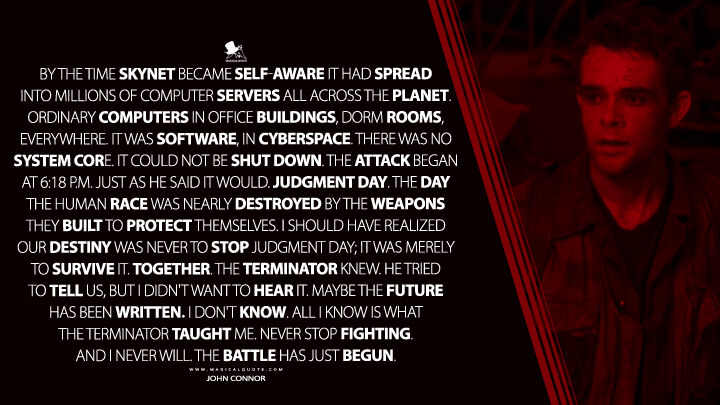 By the time SkyNet became self-aware it had spread into millions of computer servers all across the planet. Ordinary computers in office buildings, dorm rooms, everywhere. It was software, in cyberspace. There was no system core. It could not be shut down. The attack began at 6:18 P.M. just as he said it would. Judgment Day. The day the human race was nearly destroyed by the weapons they built to protect themselves. I should have realized our destiny was never to stop Judgment Day; it was merely to survive it. Together. The Terminator knew. He tried to tell us, but I didn’t want to hear it. Maybe the future has been written. I don’t know. All I know is what the Terminator taught me. Never stop fighting. And I never will. The battle has just begun. 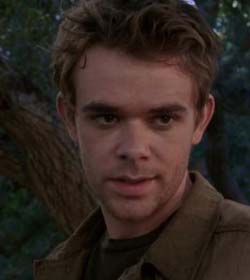