At the levels some of them were exposed? Ionizing radiation tears the cellular structure apart. The skin blisters, turns red, then black. This is followed by a latency period. The immediate effects subside. The patient appears to be recovering. Healthy, even. But they aren’t. This usually only lasts for a day or two. Then the cellular damage begins to manifest. The bone marrow dies, the immune system fails, the organs and soft tissue begin to decompose. The arteries and veins spill open like sieves, to the point where you can’t even administer morphine for the pain, which is unimaginable. And then three days to three weeks, you are dead.[Boris Shcherbina: What does the radiation do to them precisely?] 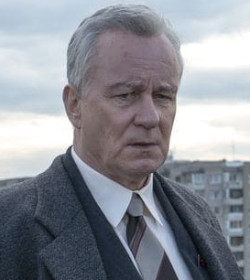