The fire we’re watching with our own eyes is giving off nearly twice the radiation released by the bomb in Hiroshima. And that’s every single hour. Hour after hour, 20 hours since the explosion, so 40 bombs worth by now. Forty-eight more tomorrow. And it will not stop. Not in a week, not in a month. It will burn and spread its poison until the entire continent is dead. 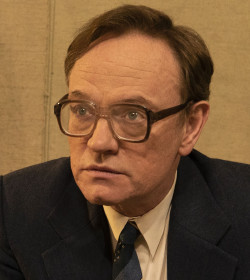