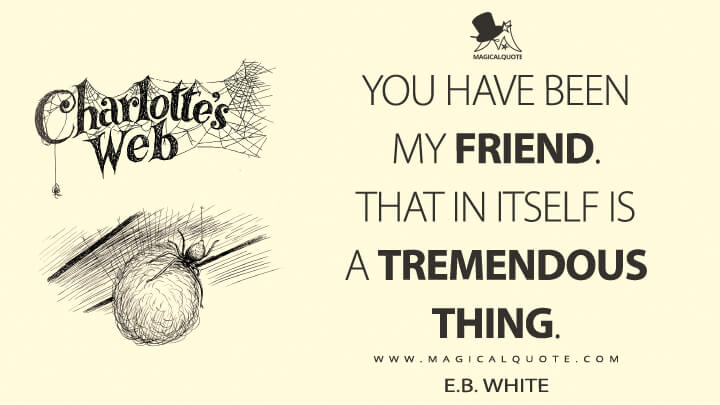 You have been my friend. That in itself is a tremendous thing. 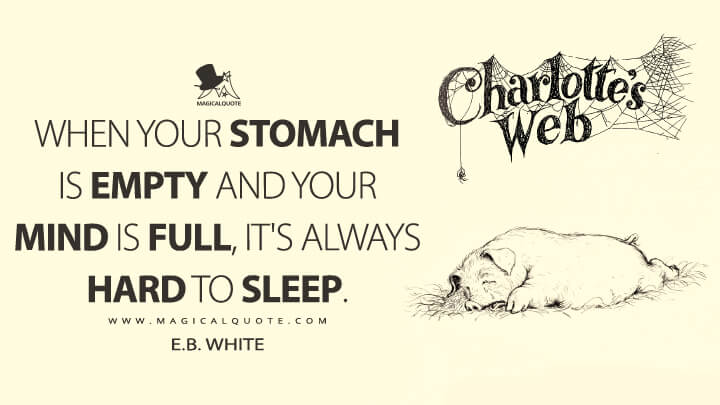 When your stomach is empty and your mind is full, it’s always hard to sleep. 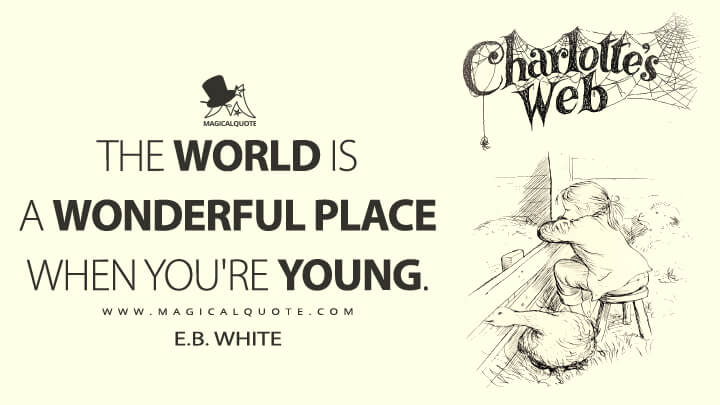 The world is a wonderful place when you’re young.

I’m really too young to go out into the world alone.

You’re terrific as far as I’m concerned, and that’s what counts. You’re my best friend, and I think you’re sensational.

Wilbur was modest; fame did not spoil him.

Wilbur didn’t want food, he wanted love. He wanted a friend – someone who would play with him. 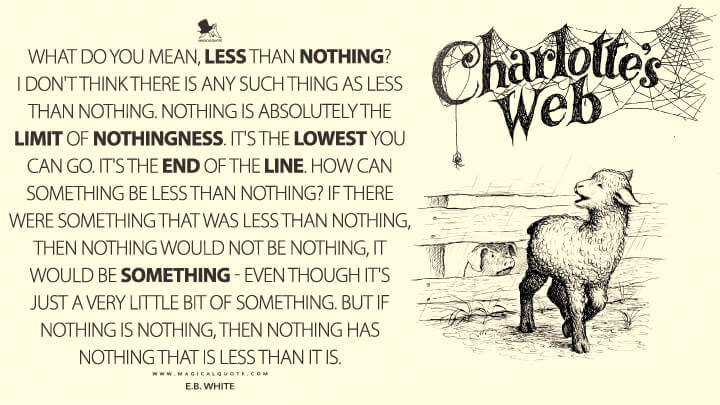 Well, I am pretty. There’s no denying that. Almost all spiders are rather nice-looking. I’m not as flashy as some, but I’ll do. 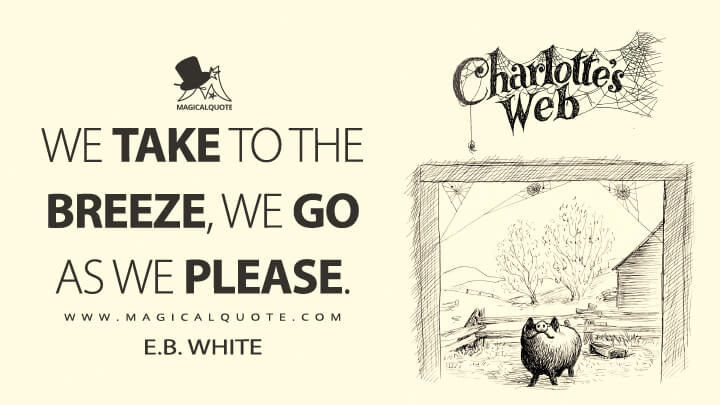 We take to the breeze, we go as we please.

The crickets felt it was their duty to warn everybody that summertime cannot last forever. Even on the most beautiful days in the whole year – the days when summer is changing into fall the crickets spread the rumor of sadness and change.