You look at the crime and you look at the criminal. If it’s a dope dealer who guns down an undercover narcotics officer, then he gets the gas. If it’s a drifter who rapes a three-year-old girl, drowns her by holding her little head in a mudhole, then throws her body off a bridge, then you take his life and thank God he’s gone. If it’s an escaped convict who breaks into a farmhouse late at night and beats and tortures an elderly couple before burning them with their house, then you strap him in a chair, hook up a few wires, pray for his soul, and pull the switch. And if it’s two dopeheads who gang-rape a ten-year-old girl and kick her with pointed-toe cowboy boots until her jaws break, then you happily, merrily, thankfully, gleefully lock them in a gas chamber and listen to them squeal. It’s very simple. Their crimes were barbaric. Death is too good for them, much too good.

With murder, the victim is gone, and not forced to deal with what happened to her. The family must deal with it, but not the victim. But rape is much worse. The victim has a lifetime of coping, of trying to understand, of asking questions, and, the worst part, of knowing the rapist is still alive and may someday escape or be released. Every hour of every day, the victim thinks of the rape and asks herself a thousand questions. She relives it, step by step, minute by minute, and it hurts just as bad. Perhaps the most horrible crime of all is the violent rape of a child. A woman who is raped has a pretty good idea why it happened. Some animal was filled with hatred, anger, and violence. But a child? A ten-year-old child? Suppose you’re a parent. Imagine yourself trying to explain to your child why she was raped. Imagine yourself trying to explain why she cannot bear children.

The system reflects society. It’s not always fair, but it’s as fair as the system in New York, or Massachusetts, or California. It’s as fair as biased, emotional humans can make it.

The problem with the death penalty is that we don’t use it enough.

The jury is all important. Guilt versus innocence. Freedom versus prison. Life versus death. All to be determined by the jury. It’s a fragile system, this trusting of lives to twelve average, ordinary people who do not understand the law and are intimidated by the process. 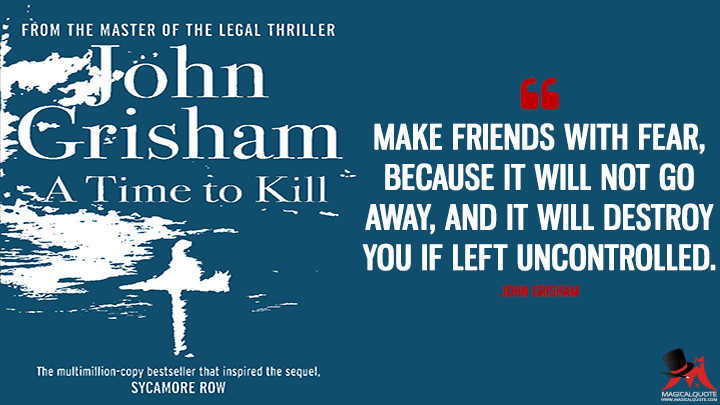 Make friends with fear, because it will not go away, and it will destroy you if left uncontrolled.

It was okay to be afraid—just don’t show it.