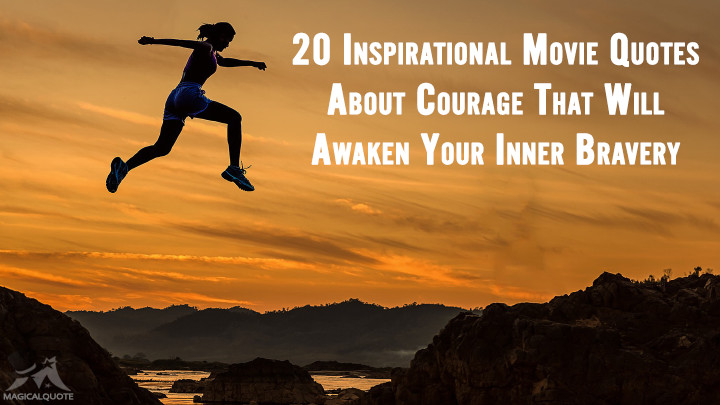 Throughout life, we face challenges that force us to step out of our comfort zone. How brave we deal with them, despite being afraid, determines the amount of our success and happiness.

Courage is a part of our character. It is a part of who we are. Some people believe they don’t have it, but courage is always within us. The only question is, how deep will we have to reach for it?

With the help of these 20 inspiring movie quotes, you can start working on finding your bravery today. 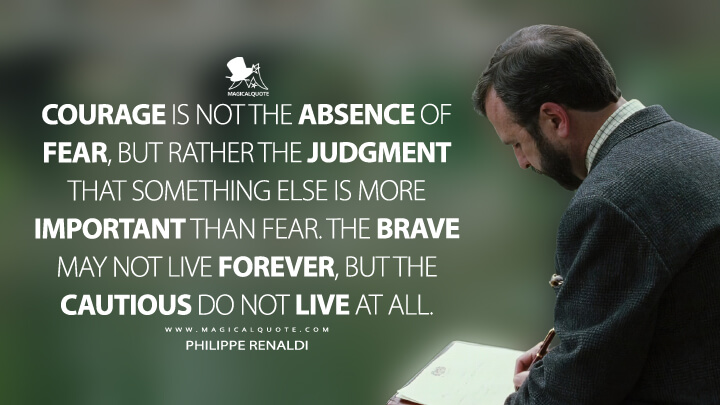 Courage is not the absence of fear, but rather the judgment that something else is more important than fear. The brave may not live forever, but the cautious do not live at all.Philippe Renaldi, The Princess Diaries (2001) 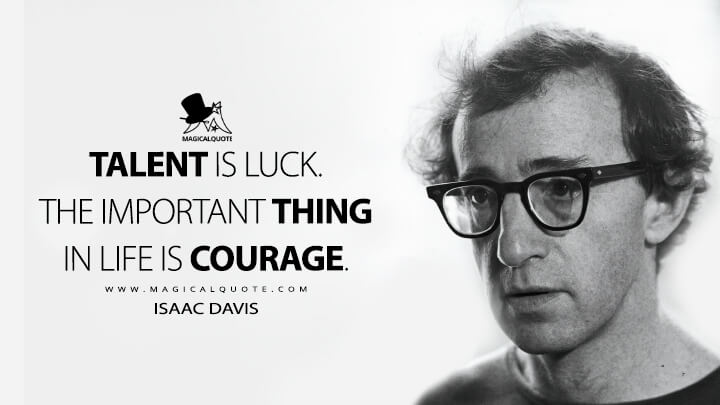 Talent is luck. The important thing in life is courage.Isaac Davis, Manhattan (1979) 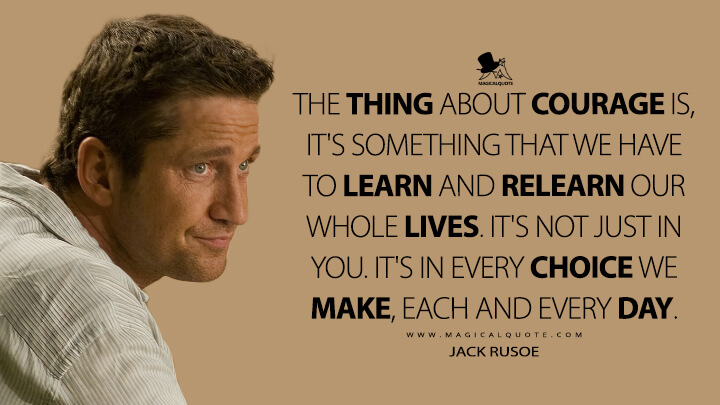 The thing about courage is, it’s something that we have to learn and relearn our whole lives. It’s not just in you. It’s in every choice we make, each and every day.Jack Rusoe, Nim's Island (2008) 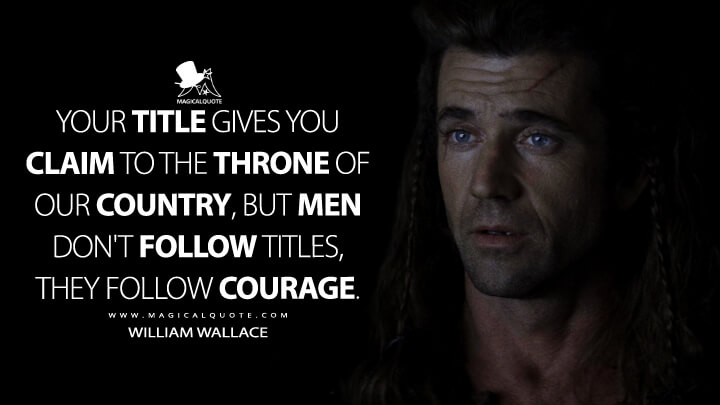 Your title gives you claim to the throne of our country, but men don’t follow titles, they follow courage.William Wallace, Braveheart (1995) 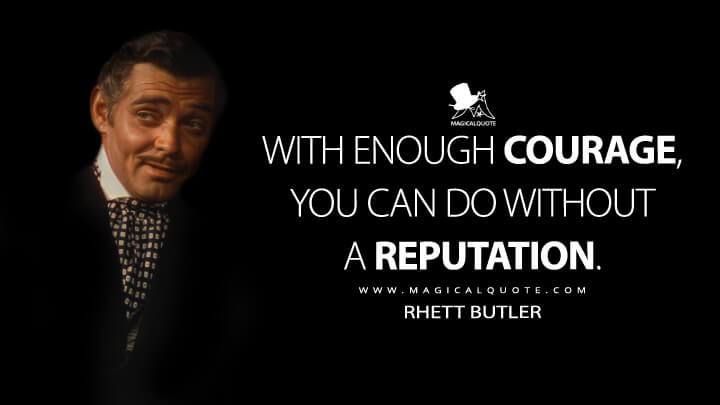 With enough courage, you can do without a reputation.Rhett Butler, Gone with the Wind (1939) 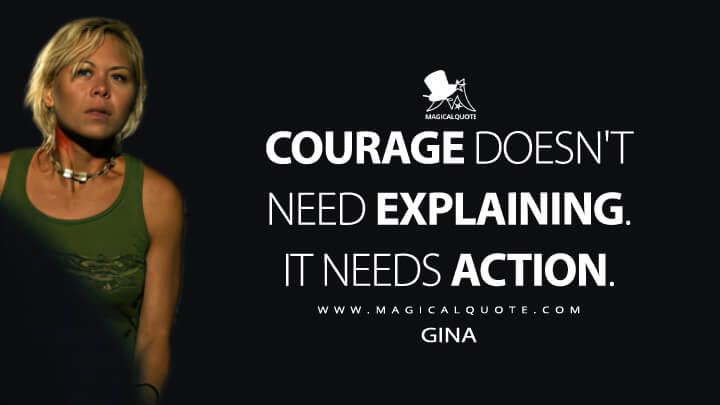 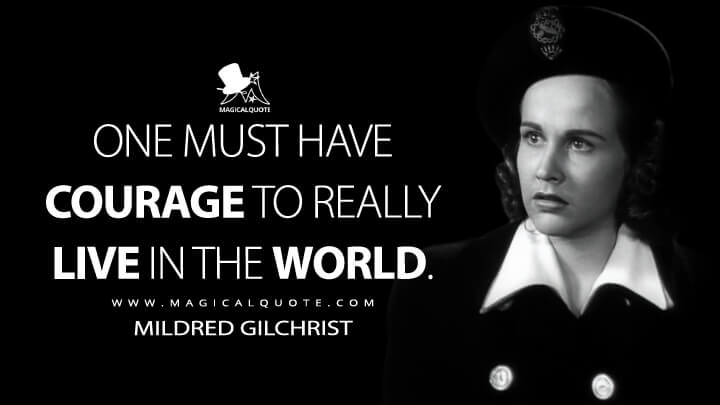 One must have courage to really live in the world.Mildred Gilchrist, The Seventh Victim (1943) 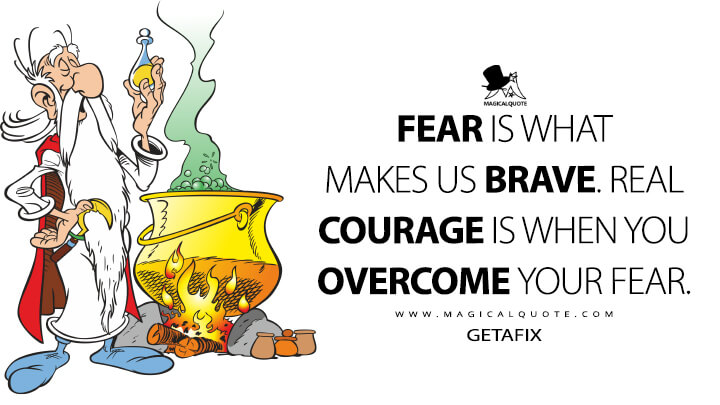 Fear is what makes us brave. Real courage is when you overcome your fear.Getafix, Asterix and the Vikings (2006) 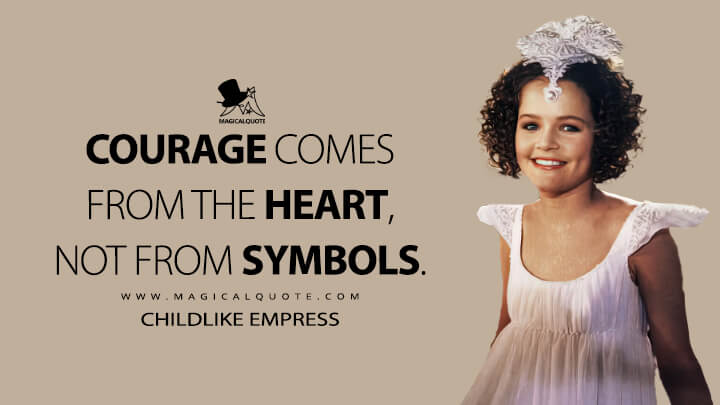 Courage comes from the heart, not from symbols.Childlike Empress, The NeverEnding Story II: The Next Chapter (1990) 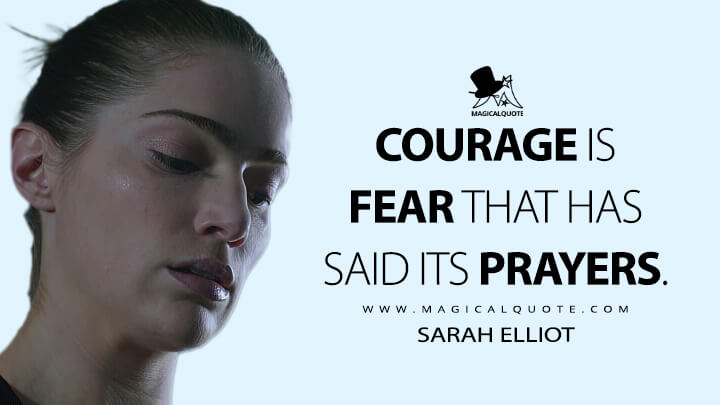 Courage is fear that has said its prayers.Sarah Elliot, The Space Between Us (2016) 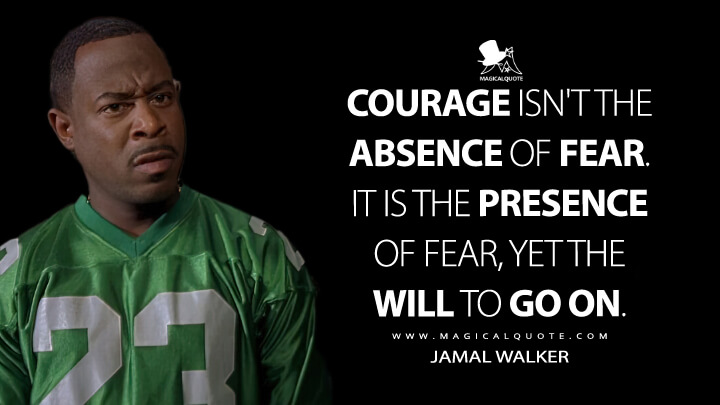 Courage isn’t the absence of fear. It is the presence of fear, yet the will to go on.Jamal Walker, Black Knight (2001) 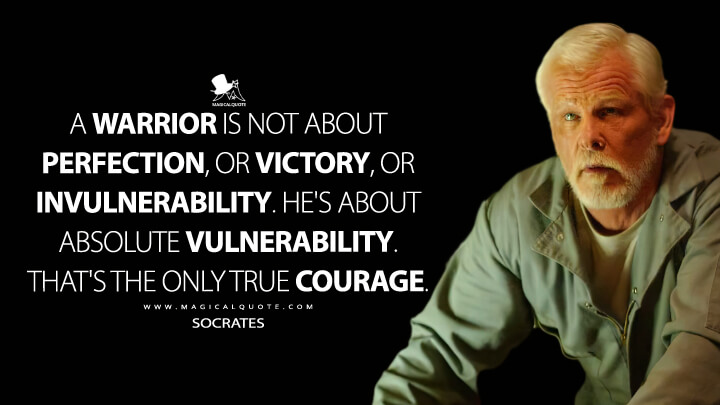 A warrior is not about perfection, or victory, or invulnerability. He’s about absolute vulnerability. That’s the only true courage.Socrates, Peaceful Warrior (2006) 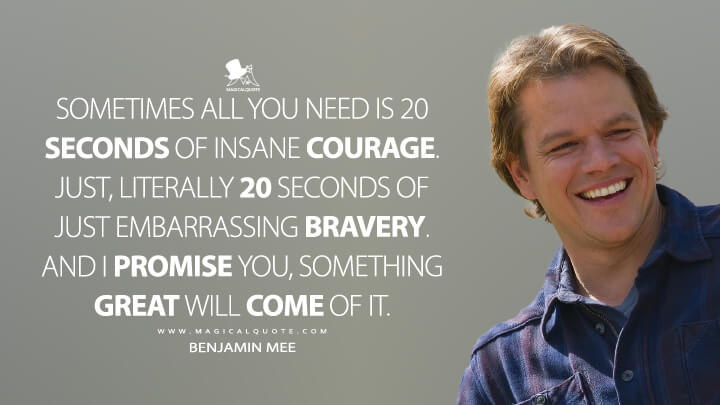 Sometimes all you need is 20 seconds of insane courage. Just, literally 20 seconds of just embarrassing bravery. And I promise you, something great will come of it.Benjamin Mee, We Bought a Zoo (2011) 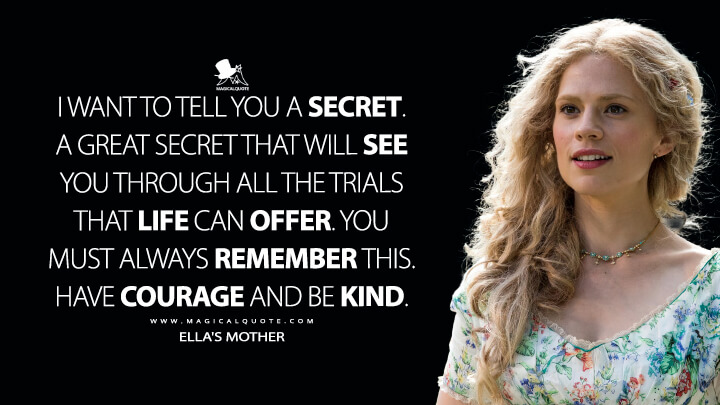 I want to tell you a secret. A great secret that will see you through all the trials that life can offer. You must always remember this. Have courage and be kind.Ella's Mother, Cinderella (2015) 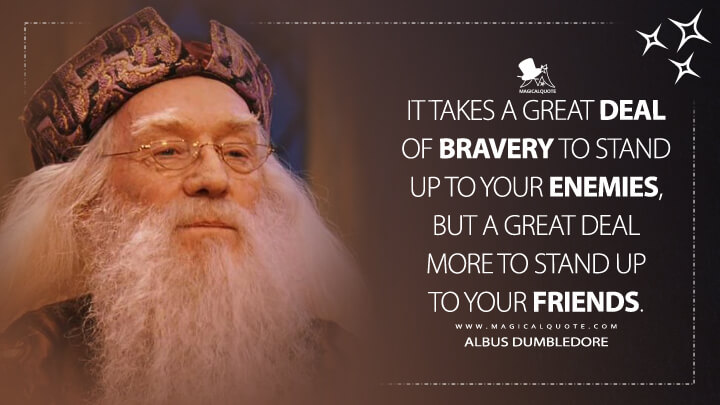 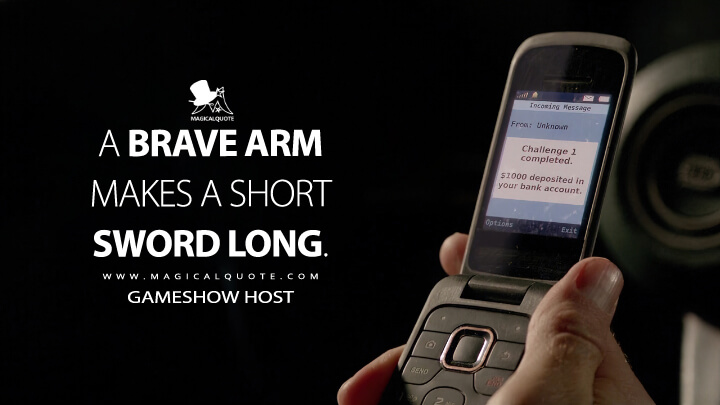 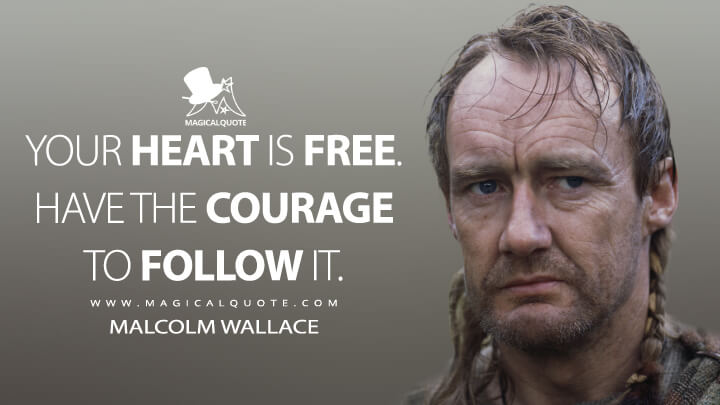 Your heart is free. Have the courage to follow it.Malcolm Wallace, Braveheart (1995) 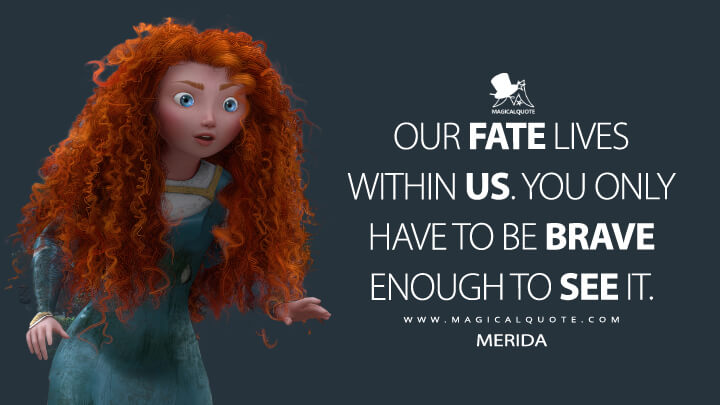 Our fate lives within us. You only have to be brave enough to see it.Merida, Brave (2012) 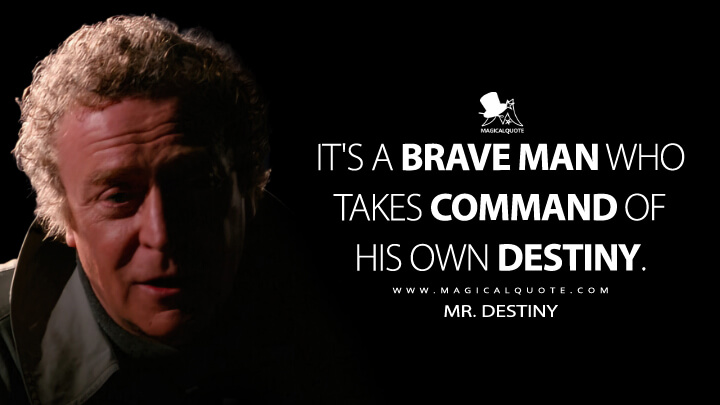 It’s a brave man who takes command of his own destiny.Mr. Destiny, Mr. Destiny (1990) 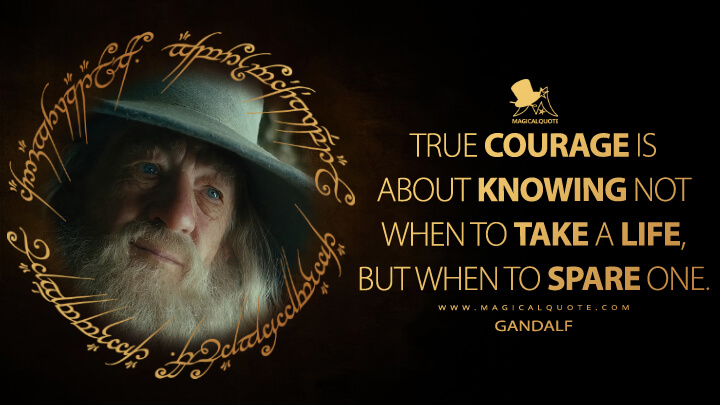 True courage is about knowing not when to take a life, but when to spare one.Gandalf, The Hobbit: An Unexpected Journey (2012)