The Gods Themselves Quotes

It is a mistake to suppose that the public wants the environment protected or their lives saved and that they will be grateful to any idealist who will fight for such ends. What the public wants is their own individual comfort. We know that well enough from our experience in the environmental crisis of the twentieth century. Once it was well known that cigarettes increased the incidence of lung cancer, the obvious remedy was to stop smoking, but the desired remedy was a cigarette that did not encourage cancer. When it became clear that the internal-combustion engine was polluting the atmosphere dangerously, the obvious remedy was to abandon such engines, and the desired remedy was to develop non-polluting engines.

Source:Part I. Against Stupidity…, Chapter 7
Buy Now
Do Some Magic! 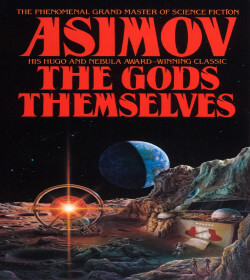