There was this superstitious fear on the part of the pygmies of the present for the relics of the giants of the past. 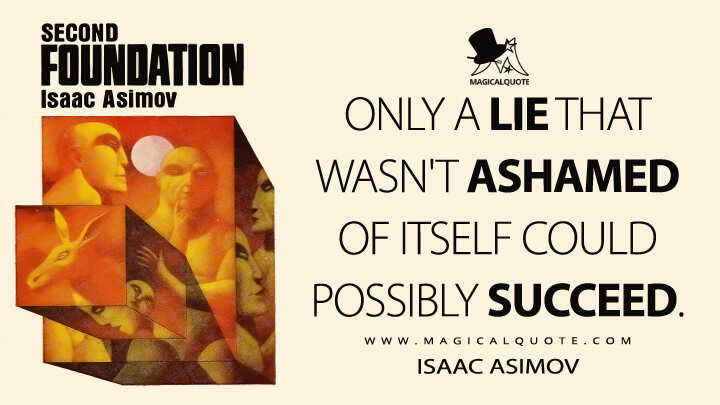 Only a lie that wasn’t ashamed of itself could possibly succeed.

All the suffering that humanity ever knew can be traced to the one fact that no man in the history of the Galaxy, until Hari Seldon, and very few men thereafter, could really understand one another. Every human being lived behind an impenetrable wall of choking mist within which no other but he existed.

To any who know the star field well from one certain reference point, stars are as individual as people. Jump ten parsecs, however, and not even your own sun is recognizable. 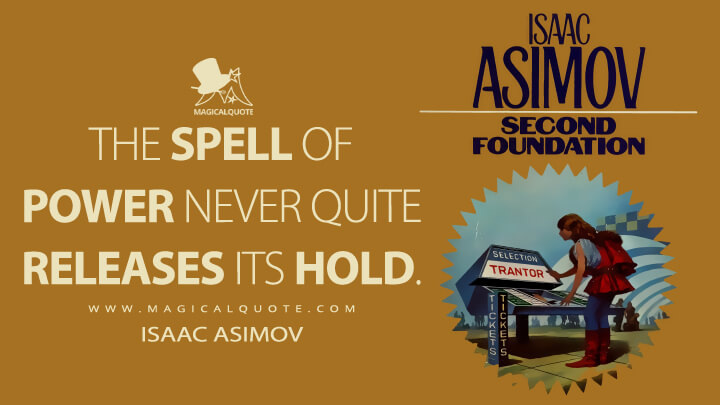 The spell of power never quite releases its hold. 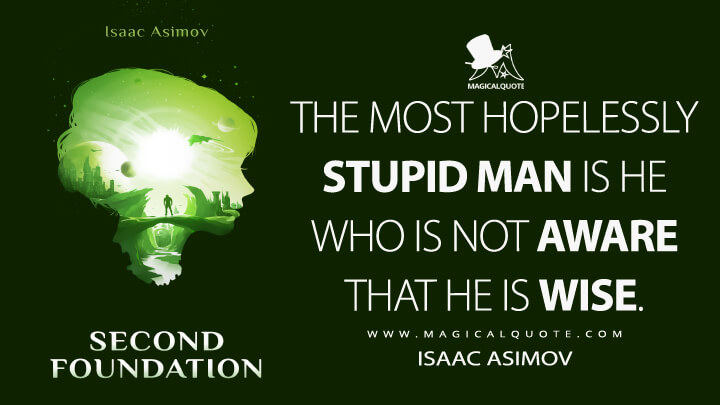 The most hopelessly stupid man is he who is not aware that he is wise.

Speech, originally, was the device whereby Man learned, imperfectly, to transmit the thoughts and emotions of his mind. By setting up arbitrary sounds and combinations of sounds to represent certain mental nuances, he developed a method of communication – but one which in its clumsiness and thick-thumbed inadequacy degenerated all the delicacy of the mind into gross and gutteral signaling.

Speech as known to us was unnecessary. A fragment of a sentence amounted almost to long-winded redundancy. A gesture, a grunt, the curve of a facial line – even a significantly timed pause yielded informational juice.

Finished products are for decadent minds.