So, there’s this guy, Walsh, you understand? He’s tired of screwing his wife. So his friend says to him, “Hey, why don’t you do it like the Chinese do?” So he says, “Well, how do the Chinese do it?” The guy says, “Well, the Chinese, first they screw a little bit, then they stop and they go and read a little Confucius, come back, screw a little bit more, then they stop again, go back and they screw a little… then they go back and they screw a little bit more, and then they go out and they contemplate the moon or something like that. Makes it more exciting.” So, now, the guy goes home and he starts screwing his own wife, see. So, he screws her for a little bit, and then he stops, and he goes out of the room and reads Life Magazine. Then he goes back in, he starts screwing again, and he says, “Excuse me for a minute, honey”, and he goes out and he smokes a cigarette. Now, his wife is getting sore as hell. He comes back in the room, he starts screwing again, he gets up to start to leave again to go look at the moon, she looks at him and says, “Hey, what’s the matter with you? You’re screwing just like a Chinaman!” 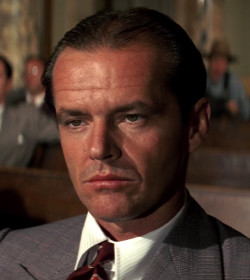