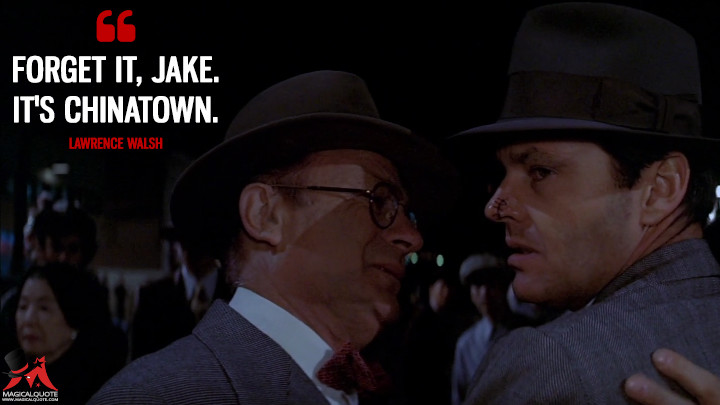 Well, I’ve been accused of a lot of things before, Mrs. Mulwray, but never that.[Evelyn Mulwray: Hollis seems to think you’re an innocent man.]

Find more about Chinatown on Amazon

Sometimes it takes a while for a man to find himself.

So, there’s this guy, Walsh, you understand? He’s tired of screwing his wife. So his friend says to him, “Hey, why don’t you do it like the Chinese do?” So he says, “Well, how do the Chinese do it?” The guy says, “Well, the Chinese, first they screw a little bit, then they stop and they go and read a little Confucius, come back, screw a little bit more, then they stop again, go back and they screw a little… then they go back and they screw a little bit more, and then they go out and they contemplate the moon or something like that. Makes it more exciting.” So, now, the guy goes home and he starts screwing his own wife, see. So, he screws her for a little bit, and then he stops, and he goes out of the room and reads Life Magazine. Then he goes back in, he starts screwing again, and he says, “Excuse me for a minute, honey”, and he goes out and he smokes a cigarette. Now, his wife is getting sore as hell. He comes back in the room, he starts screwing again, he gets up to start to leave again to go look at the moon, she looks at him and says, “Hey, what’s the matter with you? You’re screwing just like a Chinaman!” 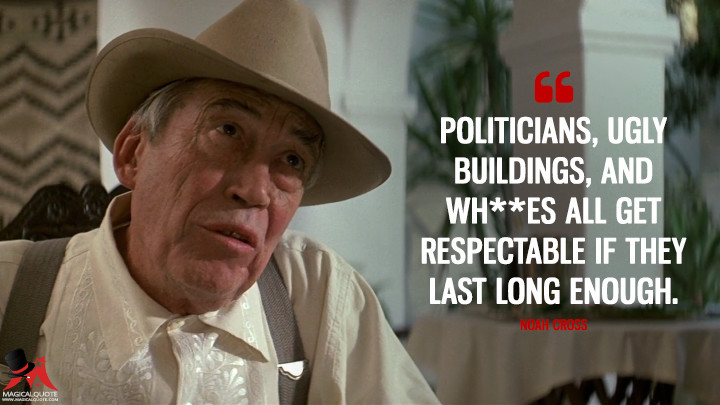 Politicians, ugly buildings, and wh**es all get respectable if they last long enough.

Nope, your wife got excited. She crossed her legs a little too quick. You understand what I mean, pal?[Loach: What happened to your nose, Gittes? Somebody slam a bedroom window on it?] 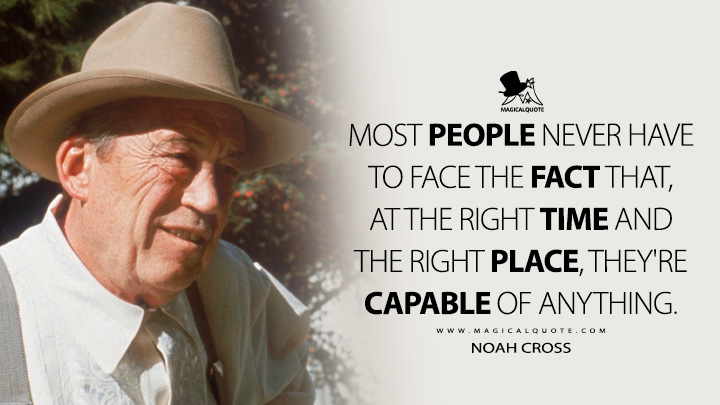 Most people never have to face the fact that, at the right time and the right place, they’re capable of anything.

Let me explain something to you, Walsh. This business requires a certain amount of finesse.

Isn’t everyone?[Ida Sessions: Are you alone?]

Is it? I forget. I don’t call myself that often.[Lou Escobar: Isn’t that your phone number?]

Murder on the Orient Express (2017)The Secret in Their EyesMr. HolmesOne Flew Over the Cuckoo's NestThe Pianist