Soldiers are like ants. If you see one, more are close. 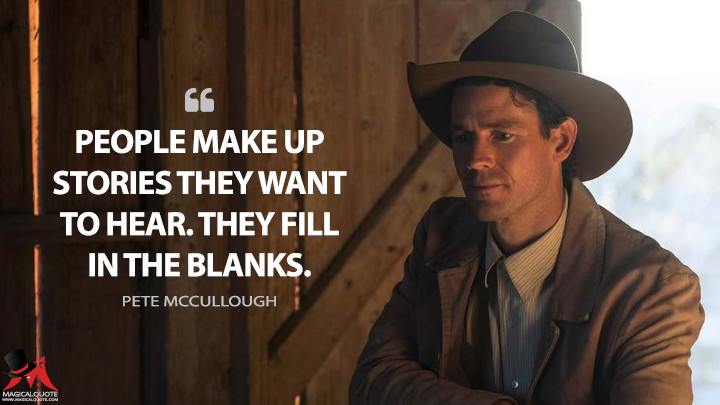 People make up stories they want to hear. They fill in the blanks.

Find more about The Son on Amazon

Nothing brings a family together like a declaration of war.

My boys want me to sell off part of the ranch, but I got a bad feeling about that. Once you slice one little piece off, then it’s another piece and another piece until there’s nothing left.

It’s not about taking a man’s life. It’s about conquering his spirit.

It used to be, you had a problem with a man, you settled it and you left him there. Wasn’t no reason to clean up.

In this life, if you don’t move forward, you die.

If you give a man a lever and a place to put it, he can move the world.

His name was Toshaway. He was a Comanche chief. I came, in time, to look upon him as a father. Many years later on, after the Apaches killed my wife and my oldest boy, it was different. I tracked them down, and I killed them all with their families. I learned what it was like to take revenge. But having a father was better.[to Maria]

Even the greatest generals are not immune to error.