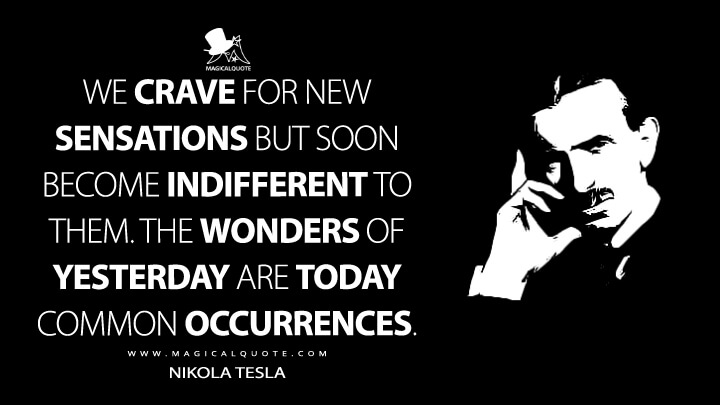 We crave for new sensations but soon become indifferent to them. The wonders of yesterday are today common occurrences.

Scientists believe that every occurrence, including the affairs of human beings, is due to the laws of nature. Therefore a scientist cannot be inclined to believe that the course of events can be influenced by prayer, that is, by a supernaturally manifested wish. However, we must concede that our actual knowledge of these forces is imperfect, so that in the end the belief in the existence of a final, ultimate spirit rests on a kind of faith. Such belief remains widespread even with the current achievements in science.

Occurrences in this domain are beyond the reach of exact prediction because of the variety of factors in operation, not because of any lack of order in nature.