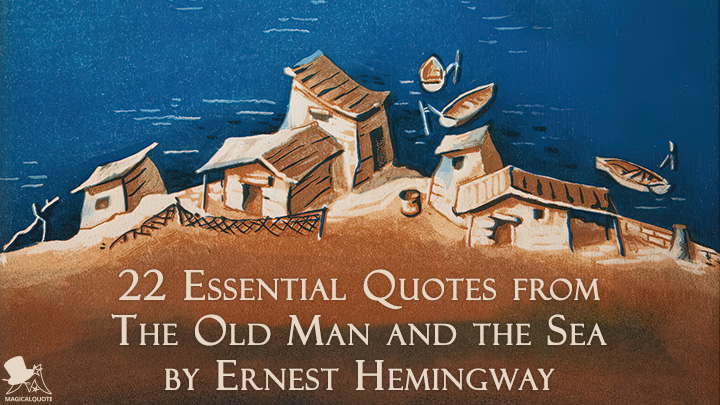 The Old Man and the Sea is a novel written by Ernest Hemingway in 1951 in Cuba. This novel is famous for many reasons. It was awarded the Pulitzer Prize for Fiction in 1953, and also led to the awarding of the Nobel Prize in Literature to Hemingway in 1954.

According to others, Ernest Hemingway did more to change the style of English prose more than any other writer in the twentieth century. Through this novel, which is his last major work of fiction, he showed most of his talent along with tremendous narrative.

The Old Man and the Sea is the story about an old, experienced fisherman and his epic battle with the large marlin, the greatest catch of his life. After eighty-four days without a catch, the old man had decided to sail farther than any fisherman before, to the place where he will test his pride…

If you still have not read the novel, perhaps now is the right time to do so, until then, enjoy these 22 profound quotes. 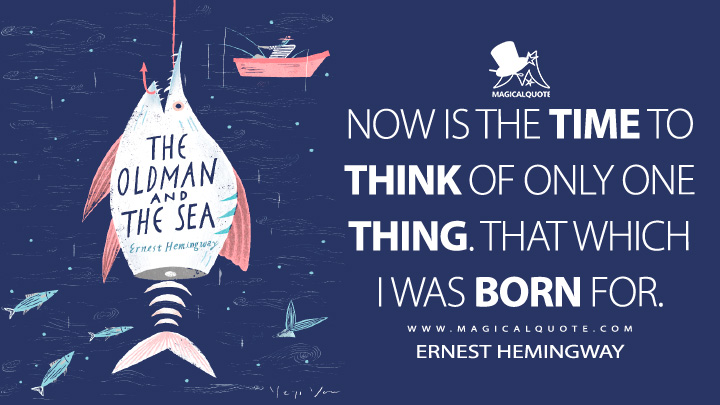 Now is the time to think of only one thing. That which I was born for. 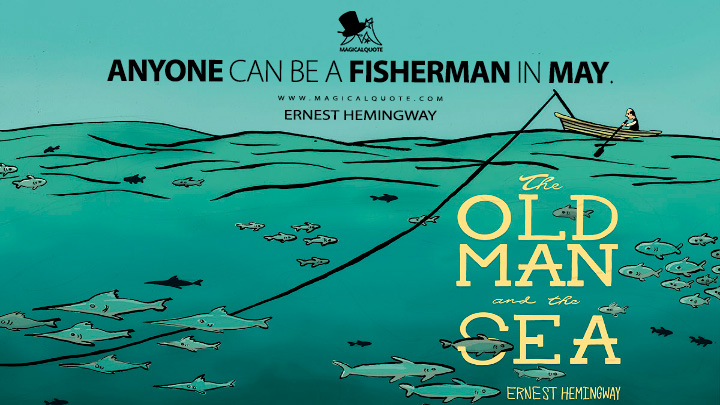 Anyone can be a fisherman in May. 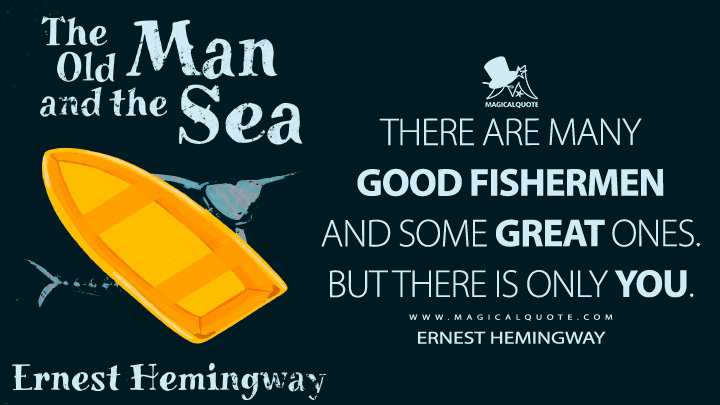 There are many good fishermen and some great ones. But there is only you. 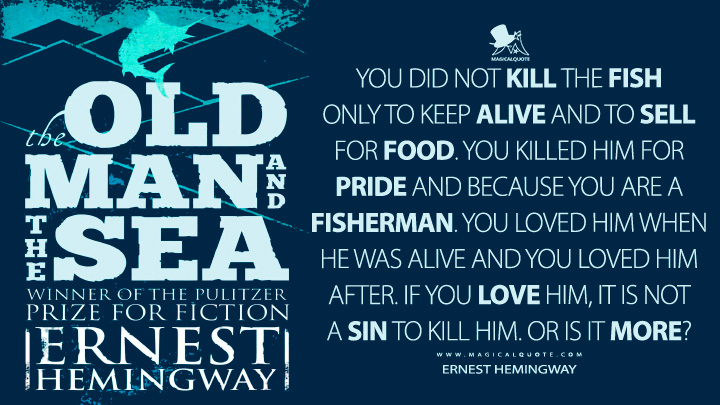 You did not kill the fish only to keep alive and to sell for food. You killed him for pride and because you are a fisherman. You loved him when he was alive and you loved him after. If you love him, it is not a sin to kill him. Or is it more? 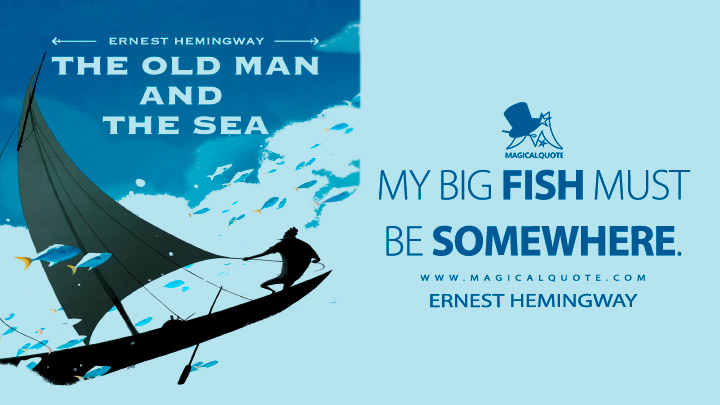 My big fish must be somewhere. 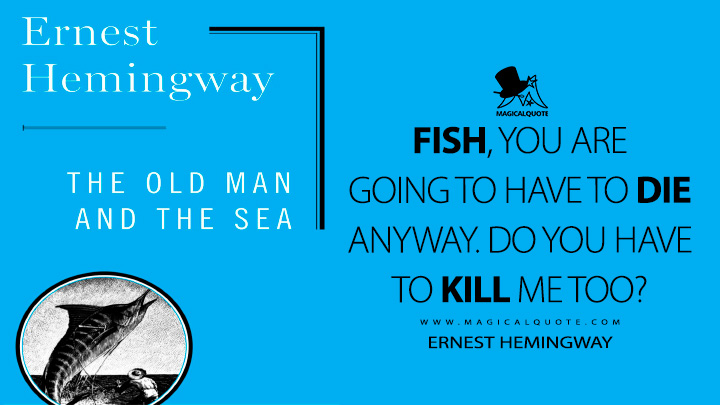 Fish, you are going to have to die anyway. Do you have to kill me too? 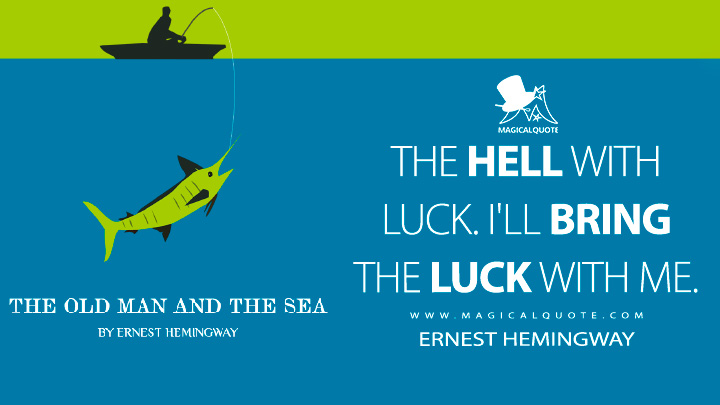 The hell with luck. I’ll bring the luck with me. 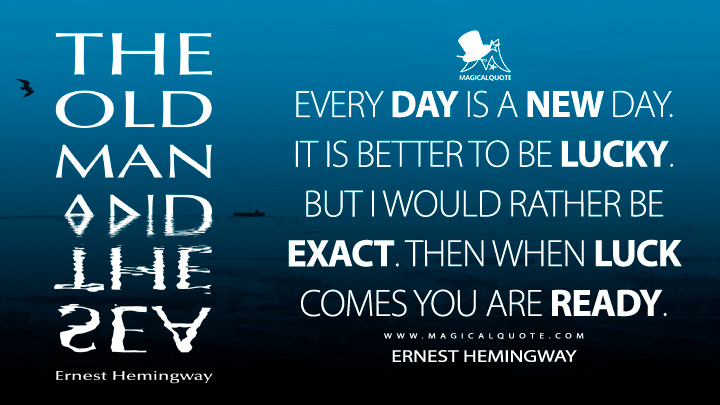 Every day is a new day. It is better to be lucky. But I would rather be exact. Then when luck comes you are ready. 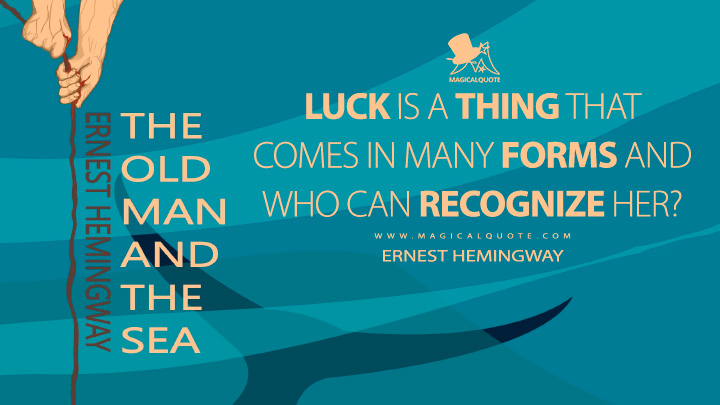 Luck is a thing that comes in many forms and who can recognize her? 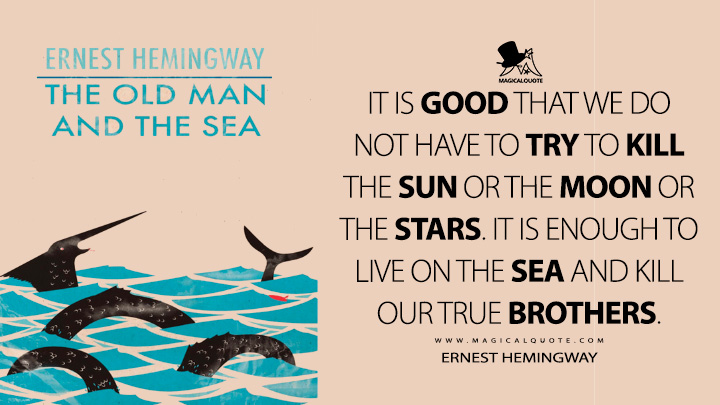 It is good that we do not have to try to kill the sun or the moon or the stars. It is enough to live on the sea and kill our true brothers. 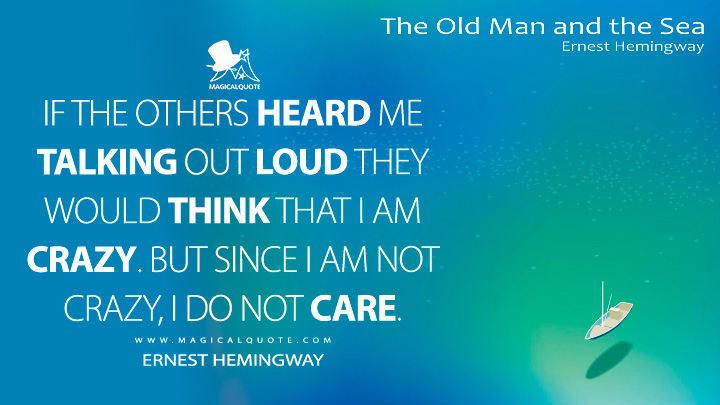 If the others heard me talking out loud they would think that I am crazy. But since I am not crazy, I do not care. 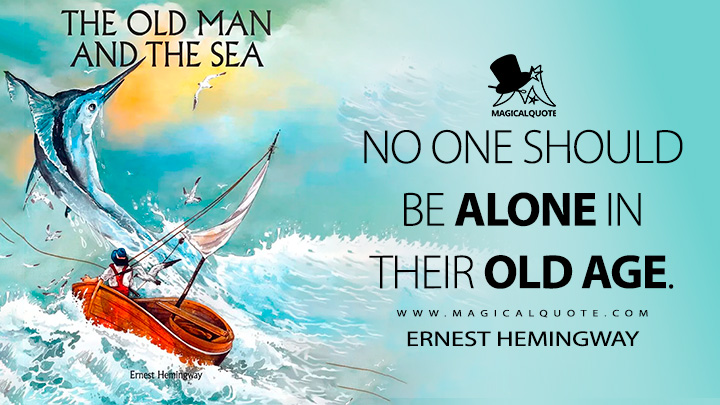 No one should be alone in their old age. 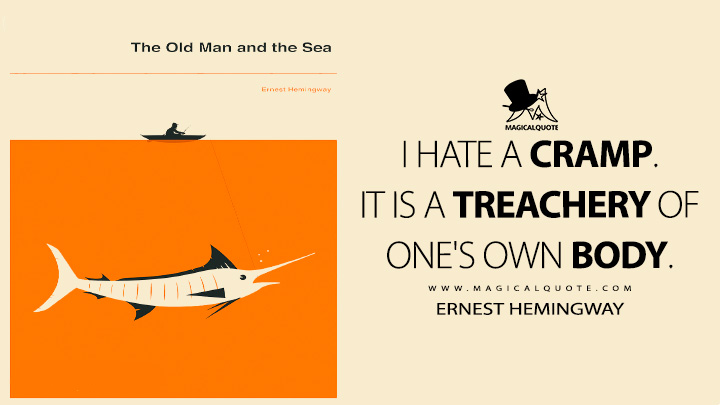 I hate a cramp. It is a treachery of one’s own body. 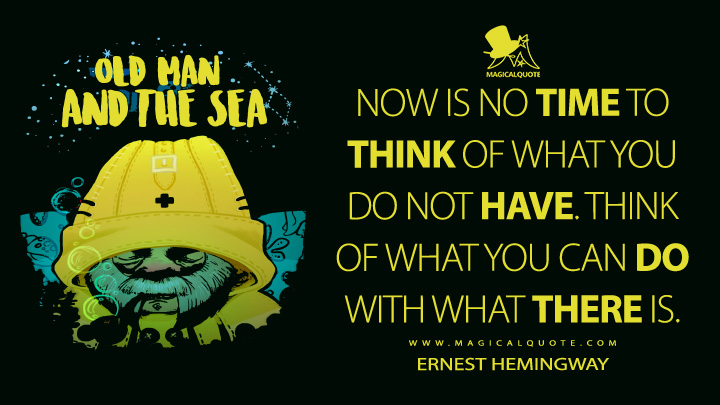 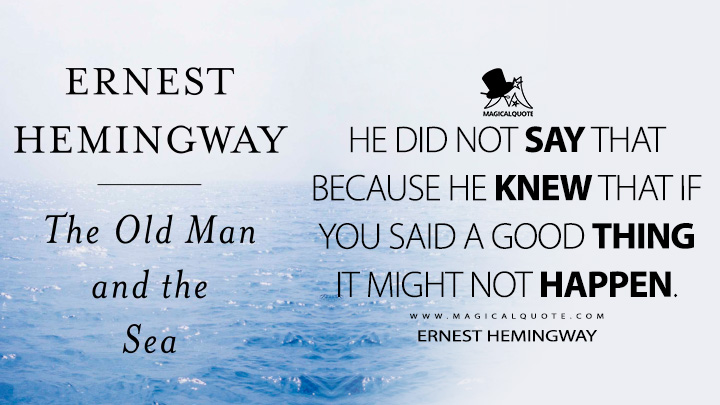 He did not say that because he knew that if you said a good thing it might not happen. 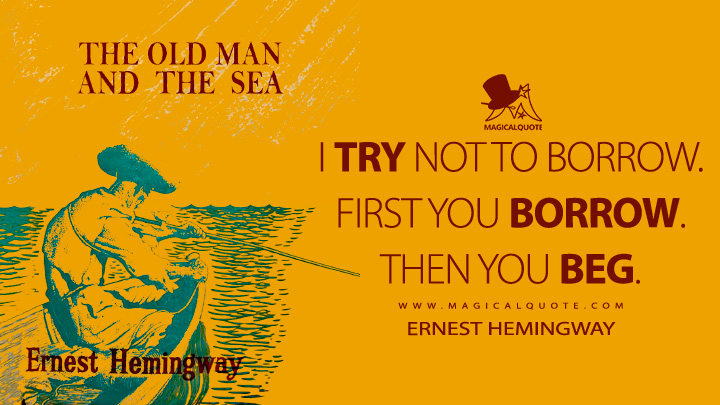 I try not to borrow. First you borrow. Then you beg. 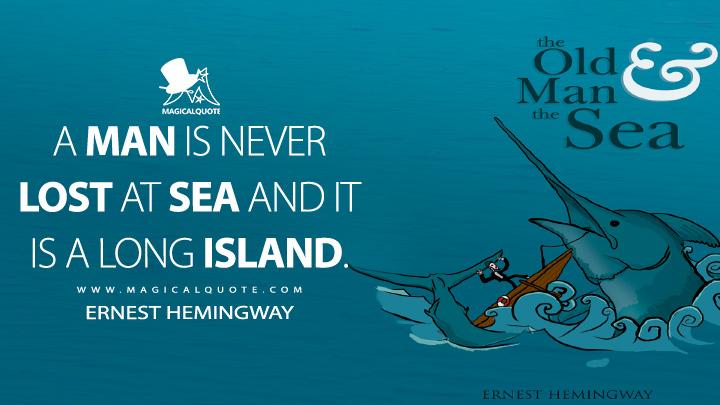 A man is never lost at sea and it is a long island. 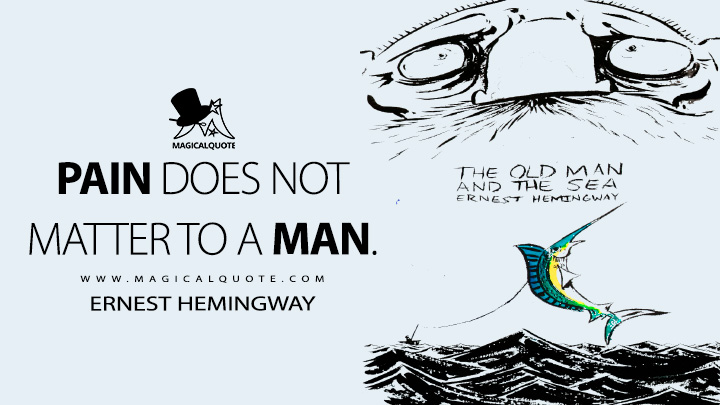 Pain does not matter to a man. 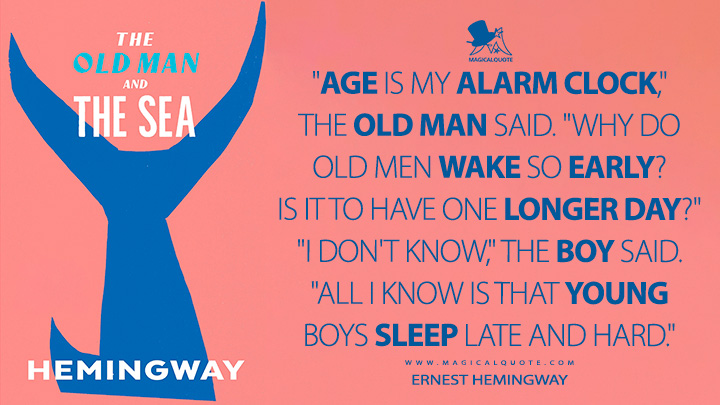 “Age is my alarm clock,” the old man said. “Why do old men wake so early? Is it to have one longer day?” “I don’t know,” the boy said. “All I know is that young boys sleep late and hard.” 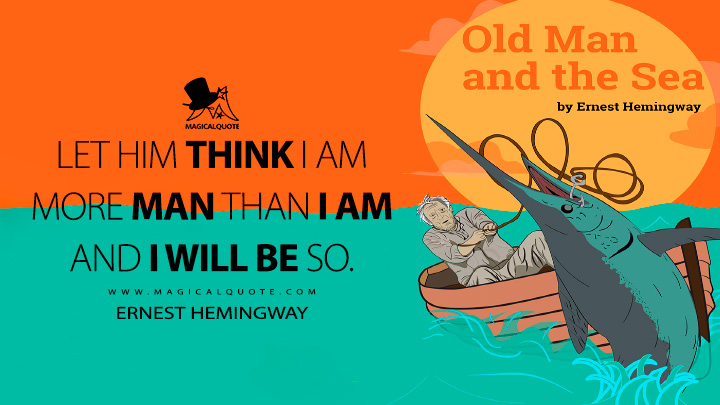 Let him think I am more man than I am and I will be so. 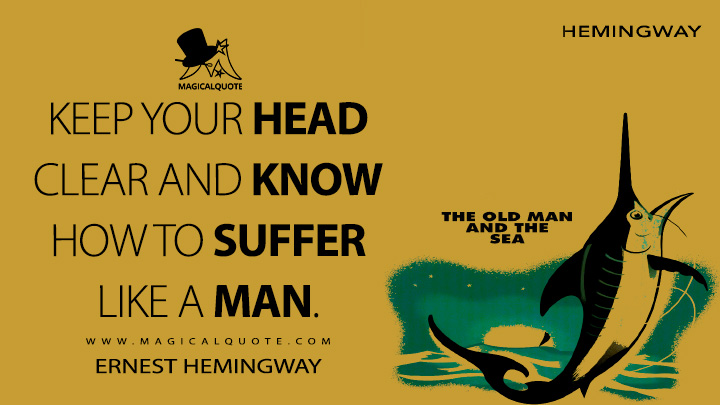 Keep your head clear and know how to suffer like a man. 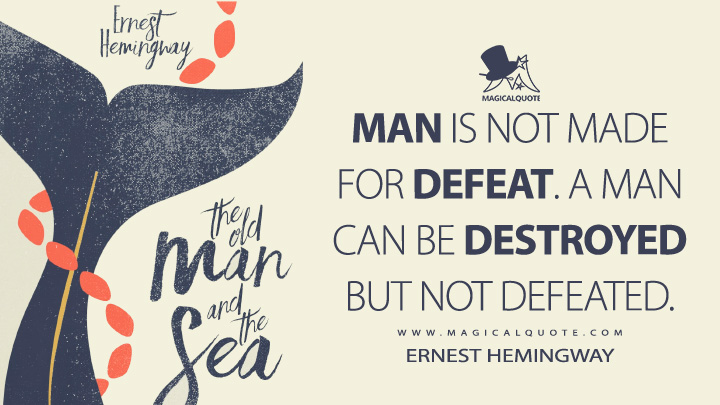 Man is not made for defeat. A man can be destroyed but not defeated.