Religion is based, I think, primarily and mainly upon fear. It is partly the terror of the unknown, and partly, as I have said, the wish to feel that you have a kind of elder brother who will stand by you in all your troubles and disputes. Fear is the basis of the whole thing – fear of the mysterious, fear of defeat, fear of death. Fear is the parent of cruelty, and therefore it is no wonder if cruelty and religion has gone hand-in-hand. It is because fear is at the basis of those two things. In this world we can now begin a little to understand things, and a little to master them by help of science, which has forced its way step by step against the Christian religion, against the Churches, and against the opposition of all the old precepts. Science can help us to get over this craven fear in which mankind has lived for so many generations. Science can teach us, and I think our own hearts can teach us, no longer to look round for imaginary supports, no longer to invent allies in the sky, but rather to look to our own efforts here below to make this world a fit place to live in, instead of the sort of place that the churches in all these centuries have made it. 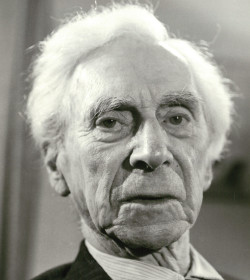