So many people today – and even professional scientists – seem to me like someone who has seen thousands of trees but has never seen a forest. A knowledge of the historic and philosophical background gives that kind of independence from prejudices of his generation from which most scientists are suffering. This independence created by philosophical insight is – in my opinion – the mark of distinction between a mere artisan or specialist and a real seeker after truth.

Source:Letter to Robert A. Thorton, Physics Professor at University of Puerto Rico (December 7, 1944)
Find more on 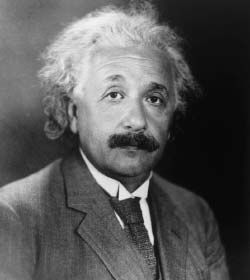