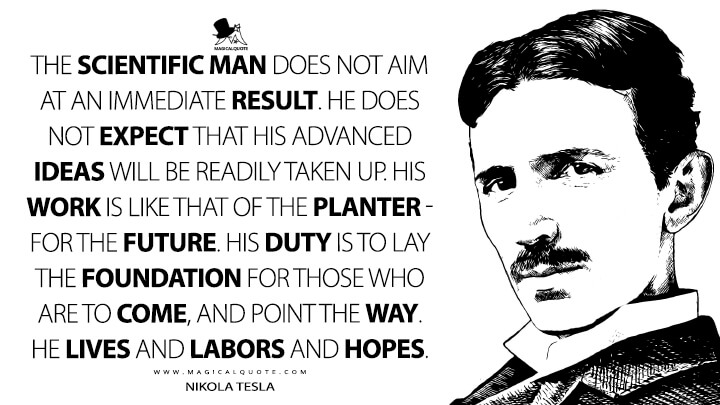 The scientific man does not aim at an immediate result. He does not expect that his advanced ideas will be readily taken up. His work is like that of the planter – for the future. His duty is to lay the foundation for those who are to come, and point the way. He lives and labors and hopes.

There are sadistic scientists who hurry to hunt down errors instead of establishing the truth. 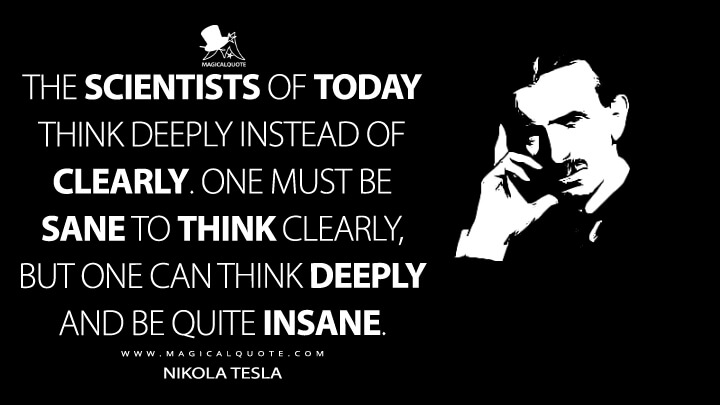 The scientists of today think deeply instead of clearly. One must be sane to think clearly, but one can think deeply and be quite insane.

The man of science is a poor philosopher.

So many people today – and even professional scientists – seem to me like someone who has seen thousands of trees but has never seen a forest. A knowledge of the historic and philosophical background gives that kind of independence from prejudices of his generation from which most scientists are suffering. This independence created by philosophical insight is – in my opinion – the mark of distinction between a mere artisan or specialist and a real seeker after truth.

Scientists believe that every occurrence, including the affairs of human beings, is due to the laws of nature. Therefore a scientist cannot be inclined to believe that the course of events can be influenced by prayer, that is, by a supernaturally manifested wish. However, we must concede that our actual knowledge of these forces is imperfect, so that in the end the belief in the existence of a final, ultimate spirit rests on a kind of faith. Such belief remains widespread even with the current achievements in science.

A scientist in his laboratory is not a mere technician: he is also a child confronting natural phenomena that impress him as though they were fairy tales.

A great discovery does not issue from a scientist’s brain ready-made, like Minerva springing fully armed from Jupiter’s head; it is the fruit of an accumulation of preliminary work.

“The moment of discovery” does not always exist: the scientist’s work is too tenuous, too divided, for the certainty of success to crackle out suddenly in the midst of his laborious toil like a stroke of lightening, dazzling him by its fire.