The Catcher in the Rye Quotes 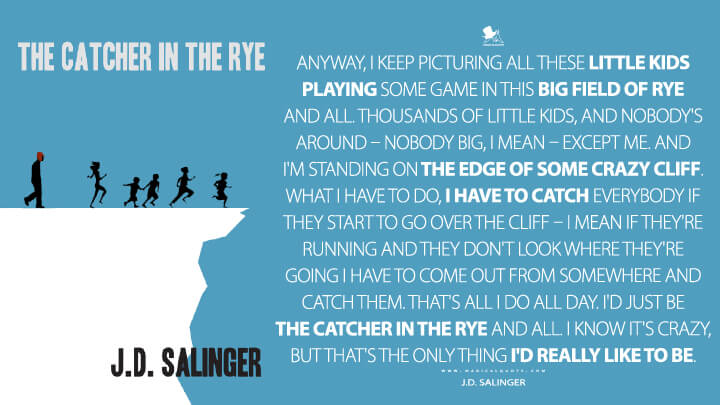 Anyway, I keep picturing all these little kids playing some game in this big field of rye and all. Thousands of little kids, and nobody’s around – nobody big, I mean – except me. And I’m standing on the edge of some crazy cliff. What I have to do, I have to catch everybody if they start to go over the cliff – I mean if they’re running and they don’t look where they’re going I have to come out from somewhere and catch them. That’s all I do all day. I’d just be the catcher in the rye and all. I know it’s crazy, but that’s the only thing I’d really like to be. 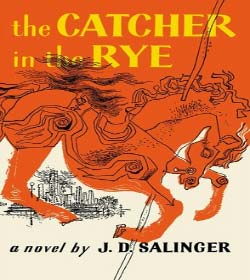