From the Earth to the Moon Quotes

Now, when an American has an idea, he directly seeks a second American to share it. If there be three, they elect a president and two secretaries. Given four, they name a keeper of records, and the office is ready for work; five, they convene a general meeting, and the club is fully constituted.

Find more on
Do Some Magic! 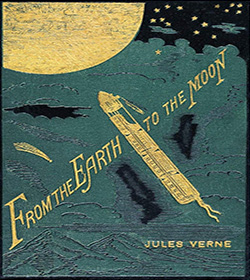