I believe the world’s a bad place. And I don’t think I’m much better. But we have to try.

When hope catches on, that s*** spreads like a prairie fire.

Time is crucial in a kidnapping. The sooner action’s taken, the better your chances of things working out, and everybody coming home in one piece. They put that in the handbook nowadays. But on February 8, 1985, nobody knew s***. So what do you do? You f***ing scramble. Start spreading the word.

2
Find the best deals on Amazon

Sometimes you need somebody to wake you the f*** up and tell you the shooting has started.

What happened in Guadalajara gave birth to the first cartel. And from that, others would follow. And the violence and money and drugs, they just f***ing explode. It changed the DEA, too. Maybe it woke us up, I don’t know. But it’s where the first shot was fired, the one that started the drug war. And after that, none of it would be the same. How could it be?

What do you do when your drug protection decides to sit on the sidelines? Easy. You buy more.

We’re not the good guys. I’m not a good guy.

There is one problem with success. Not everyone can handle it.

The wheels of bureaucracy tend to move at their own speed.

So how do you take down a crook who’s at the top of his game? Who has every cop in town in his pocket? Well, you hold your breath and you hope you get lucky. 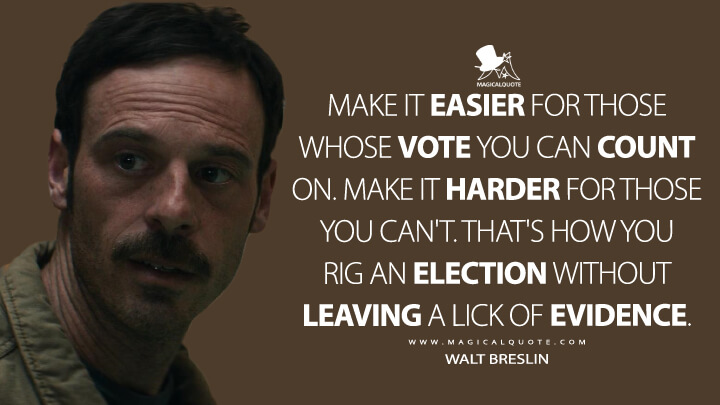 Make it easier for those whose vote you can count on. Make it harder for those you can’t. That’s how you rig an election without leaving a lick of evidence.