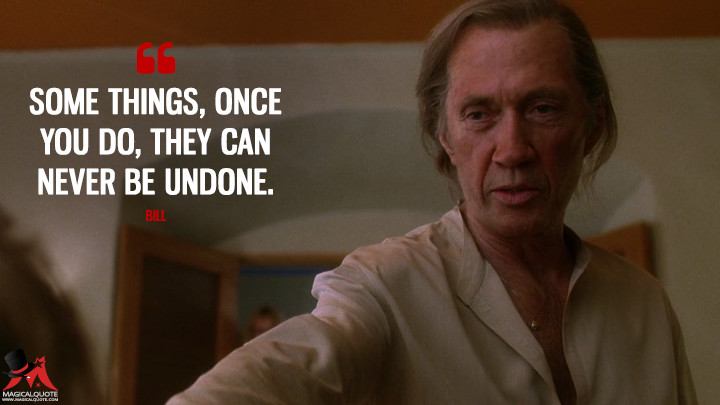 Some things, once you do, they can never be undone.

Bitch, you don’t have a future.[Elle Driver: I killed your master. And now I’m gonna kill you, too. With your own sword, no less. Which, in the very immediate future, will become my sword.] 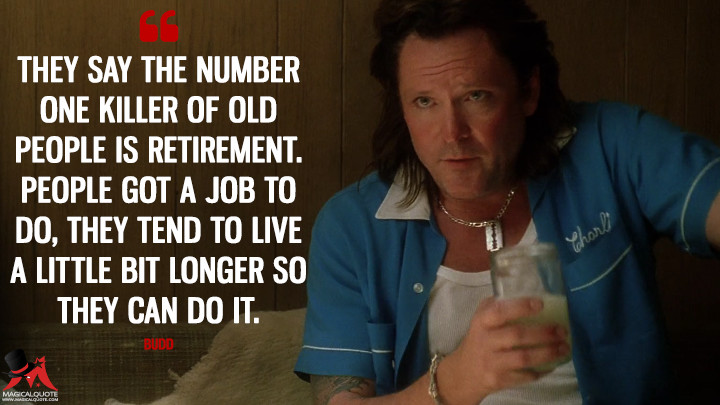 They say the number one killer of old people is retirement. People got a job to do, they tend to live a little bit longer so they can do it.

Do Some Magic!
Find more about Kill Bill: Vol. 2 on Amazon

That woman deserves her revenge. And we deserve to die. But then again, so does she.[to Bill]

A staple of the superhero mythology is, there’s the superhero and there’s the alter ego. Batman is actually Bruce Wayne, Spider-Man is actually Peter Parker. When that character wakes up in the morning, he’s Peter Parker. He has to put on a costume to become Spider-Man. And it is in that characteristic Superman stands alone. Superman didn’t become Superman. Superman was born Superman. When Superman wakes up in the morning, he’s Superman. His alter ego is Clark Kent. His outfit with the big red “S,” that’s the blanket he was wrapped in as a baby when the Kents found him. Those are his clothes. What Kent wears, the glasses, the business suit, that’s the costume. That’s the costume Superman wears to blend in with us. Clark Kent is how Superman views us. And what are the characteristics of Clark Kent? He’s weak, he’s unsure of himself, he’s a coward. Clark Kent is Superman’s critique on the whole human race.