We’re not just here for us, we’re here for others.

We’re all screwed up in one way or another. It sort of makes you normal.

We all do things we’d rather not do.

There’s no advantage to being nice and thoughtful and caring and having integrity. It’s a disadvantage, if anything.

1
Find more about After Life on Amazon 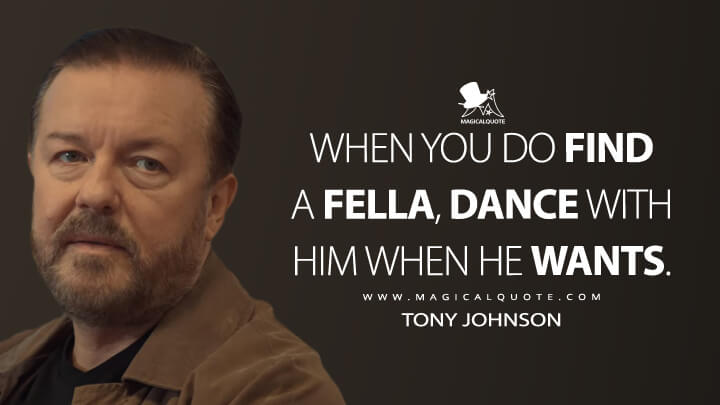 When you do find a fella, dance with him when he wants.[to Sandy]

There is no bright future in journalism. By the time you’re a features writer, there won’t be newspapers as we know them because it’ll just be a s*** storm on the Internet. People posting nasty, f***ing hateful opinions that aren’t even theirs because their editor told them to, to get clickbait for f***ing advertisers because the world is full of f***ing morons. It’s awful. It’s an awful future.

That’s why funerals are usually a nightmare. Ten members of the family coming up with s*** ideas. “It’s what he would’ve wanted.” 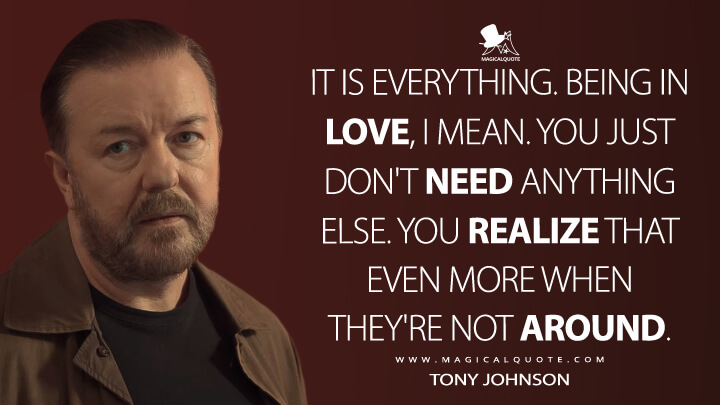 It is everything. Being in love, I mean. You just don’t need anything else. You realize that even more when they’re not around.

If you’re a good person, doing things you want to do is the same as doing good.

If I become an a***hole, and I do and say what the f*** I want, for as long as I want, and then when it all gets too much, I can always kill myself. It’s like a superpower.