This is my problem with modern-day monsters, Scully. There’s no chance for emotional investment. 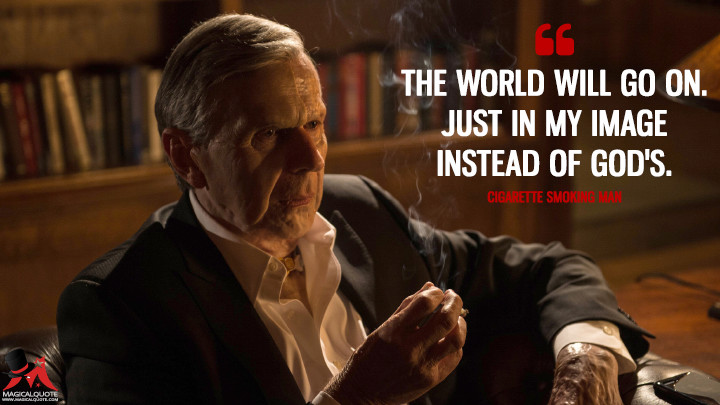 The world will go on. Just in my image instead of God’s. 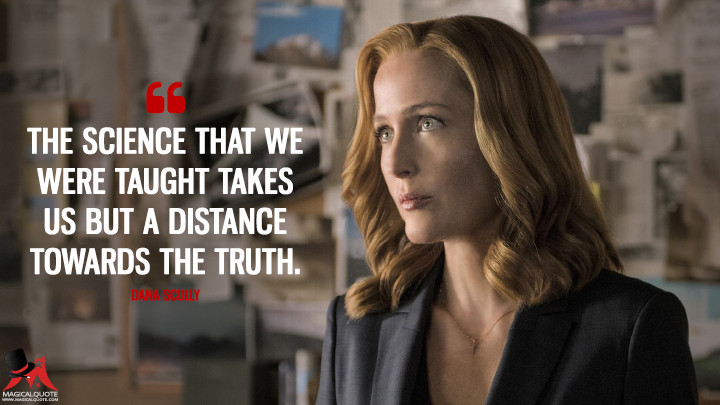 The science that we were taught takes us but a distance towards the truth.

Do Some Magic!
Find more about The X-Files on Amazon

Sometimes the only sane answer to an insane world is insanity. 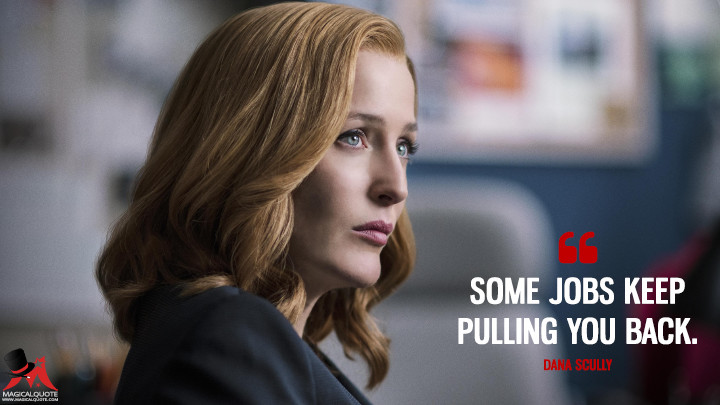 Some jobs keep pulling you back.

Scully, I gave up profiling before I gave up monsters. You’ve seen one serial killer, you’ve seen ’em all.

Notice they didn’t get a picture of it, which is odd, because everybody always has a camera on them these days.

My name is Fox Mulder. Since my childhood, I have been obsessed by a controversial global phenomenon. Since my sister disappeared when I was 12 years old… in what I believe was an alien abduction. My obsession took me to the FBI, where I investigated paranormal science cases through the auspices of a unit known as the X-Files. Through this unit, I could continue my work on the alien phenomenon, and the search for my missing sister. In 1993, the FBI sought to impugn my work, bringing in a scientist and medical doctor to debunk it… which only deepened my obsession for the better part of a decade, during which time that agent, Dana Scully, had her own faith tested. In 2002, in a change of direction and policy, the FBI closed the X-Files, and our investigation ceased. But my personal obsession did not. 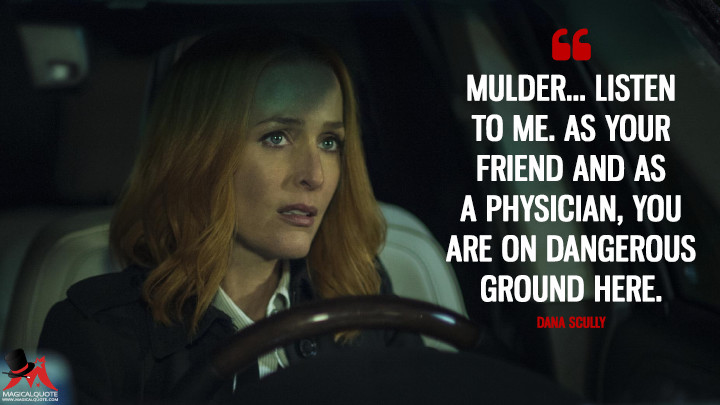 Mulder… listen to me. As your friend and as a physician, you are on dangerous ground here.

Mulder, sometimes I think the world is going to hell and we’re the only two people who can save it.

Mulder, how is it possible the only updates I’ve received about what you’re doing come through complaints by other agencies in the government?

It looks like this person was born without footprints. Which is impossible, by the way.