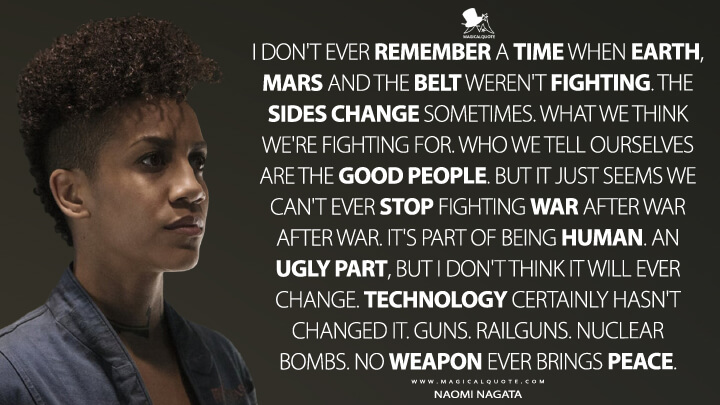 I don’t ever remember a time when Earth, Mars and the Belt weren’t fighting. The sides change sometimes. What we think we’re fighting for. Who we tell ourselves are the good people. But it just seems we can’t ever stop fighting war after war after war. It’s part of being human. An ugly part, but I don’t think it will ever change. Technology certainly hasn’t changed it. Guns. Railguns. Nuclear bombs. No weapon ever brings peace. 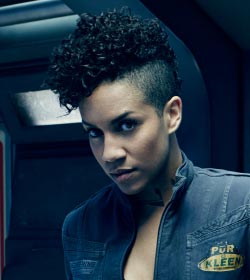