Think about it, Bill. If you died, would anyone care? Would they really care? Yeah, maybe they’d cry for a day, but let’s be honest. No one would give a s***. They wouldn’t. The few people that would feel obligated to go to your funeral would probably be annoyed and leave as early as possible. That’s who you are. That’s what you are. You’re nothing to anyone, to everyone. Think about it, Bill, ’cause if you do, if you let yourself… You’ll know I’m telling you the truth. So instead of wasting any more of my time, I need you to go call someone that matters, because Bill, you don’t. 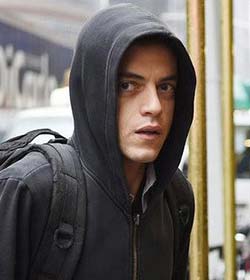