The Most Interesting Quotes from The Boys 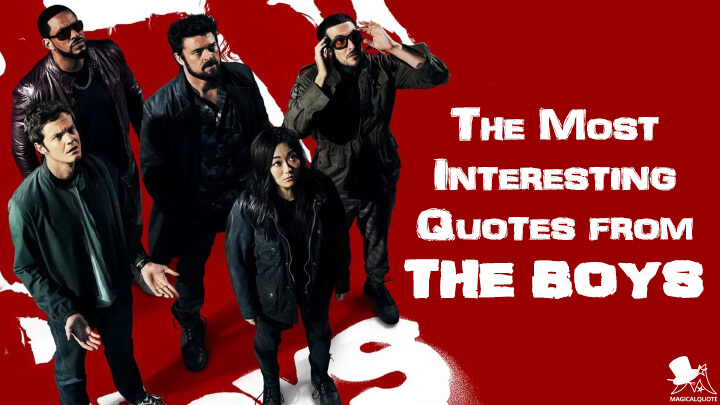 Based on the comic book of the same name by Garth Ennis and Darick Robertson, The Boys is an American superhero series created for Amazon Prime Video by Eric Kripke.

The series follows a group of vigilantes, led by Billy Butcher, as they fight to take down superheroes who abuse their abilities. 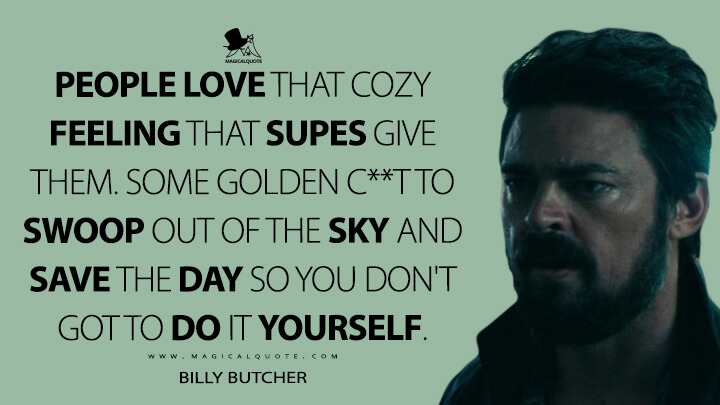 People love that cozy feeling that Supes give them. Some golden c**t to swoop out of the sky and save the day so you don’t got to do it yourself.Billy Butcher, S1.Ep1: The Name of the Game 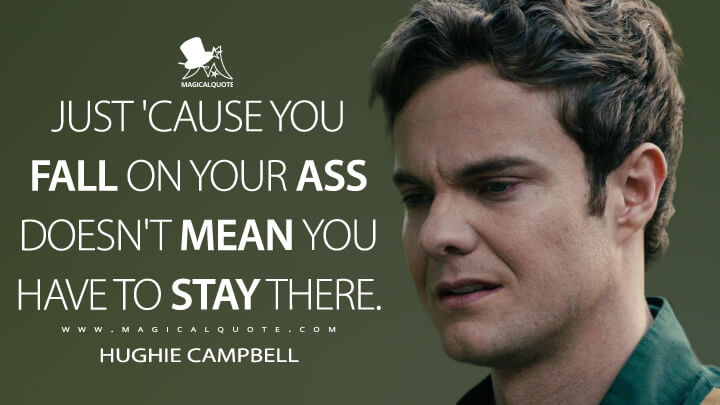 Just ’cause you fall on your ass doesn’t mean you have to stay there.Hughie Campbell, (quoting Robin), S1.Ep1: The Name of the Game 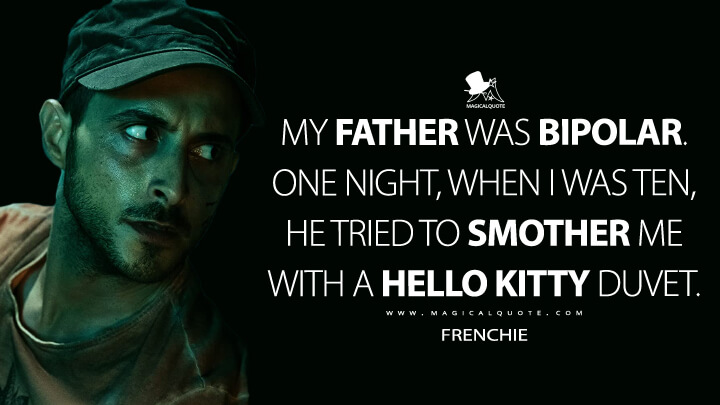 My father was bipolar. One night, when I was ten, he tried to smother me with a Hello Kitty duvet.Frenchie, S1.Ep3: Get Some 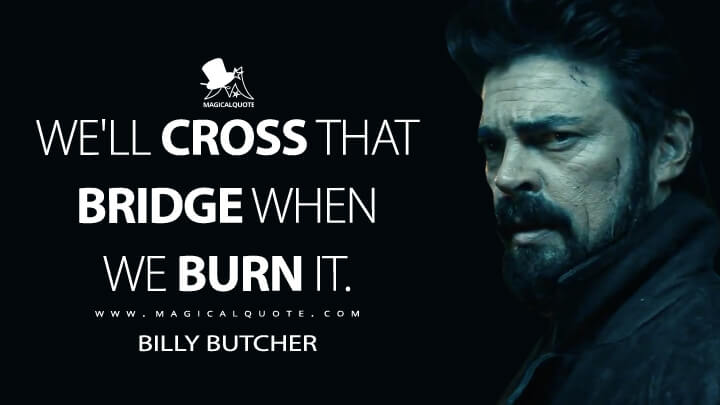 We’ll cross that bridge when we burn it.Billy Butcher, S1.Ep3: Get Some 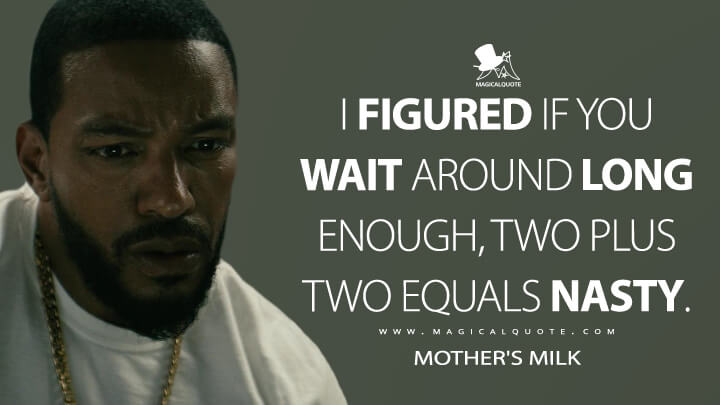 I figured if you wait around long enough, two plus two equals nasty.Mother's Milk, S1.Ep3: Get Some 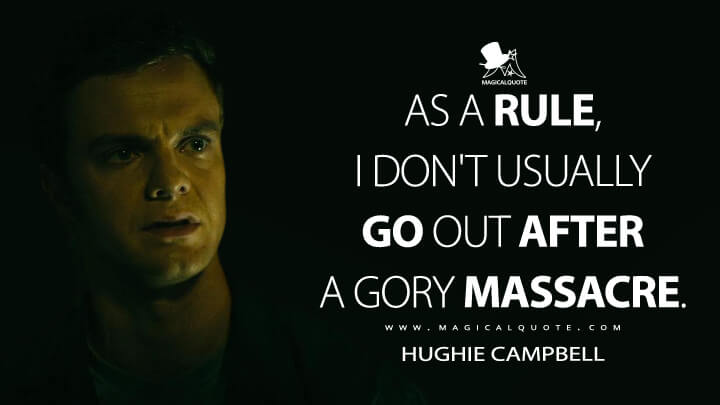 As a rule, I don’t usually go out after a gory massacre.Hughie Campbell, S1.Ep4: The Female of the Species 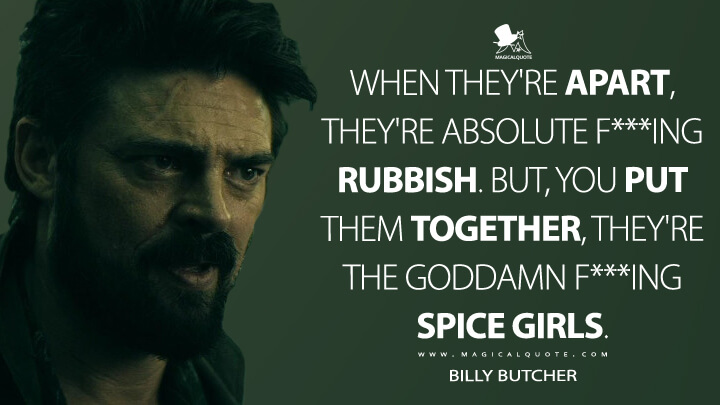 When they’re apart, they’re absolute f***ing rubbish. But, you put them together, they’re the goddamn f***ing Spice Girls.Billy Butcher, S1.Ep4: The Female of the Species 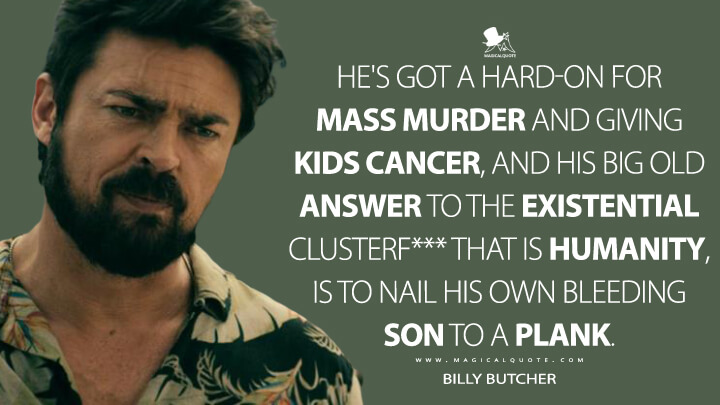 He’s got a hard-on for mass murder and giving kids cancer, and his big old answer to the existential clusterf*** that is humanity, is to nail his own bleeding son to a plank.Billy Butcher, (about God), S1.Ep5: Good for the Soul 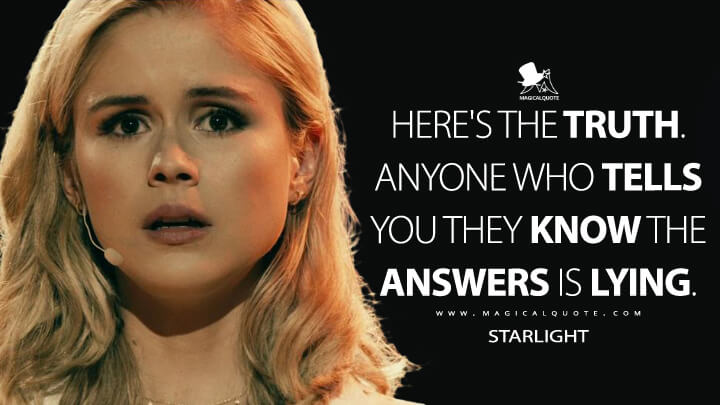 Here’s the truth. Anyone who tells you they know the answers is lying.Starlight, S1.Ep5: Good for the Soul 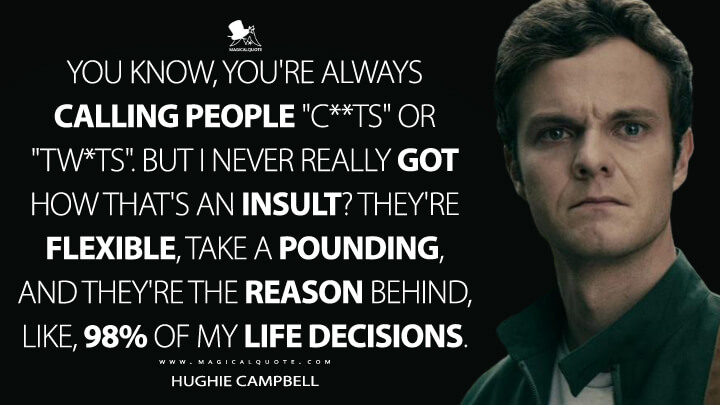 You know, you’re always calling people “c**ts” or “tw*ts”. But I never really got how that’s an insult? They’re flexible, take a pounding, and they’re the reason behind, like, 98% of my life decisions.Hughie Campbell, (to Billy), S1.Ep6: The Innocents 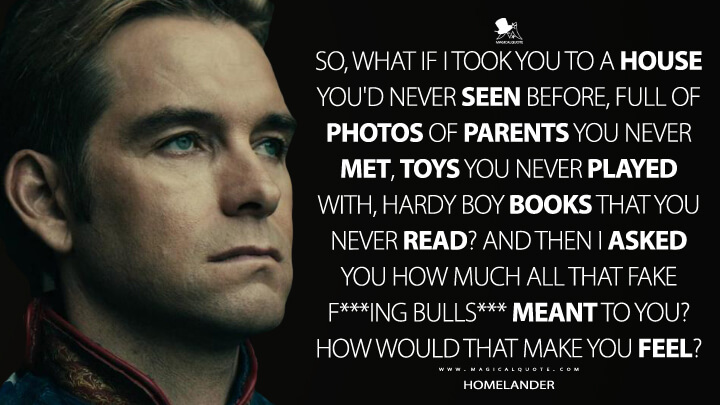 So, what if I took you to a house you’d never seen before, full of photos of parents you never met, toys you never played with, Hardy Boy books that you never read? And then I asked you how much all that fake f***ing bulls*** meant to you? How would that make you feel?Homelander, (to Madelyn), S1.Ep6: The Innocents 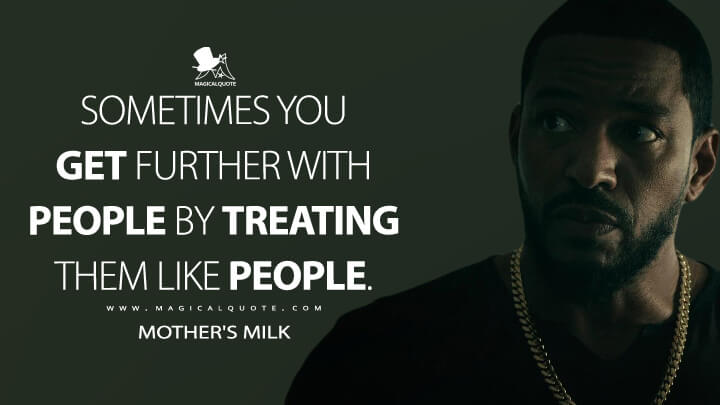 Sometimes you get further with people by treating them like people.Mother's Milk, (to Billy), S1.Ep6: The Innocents 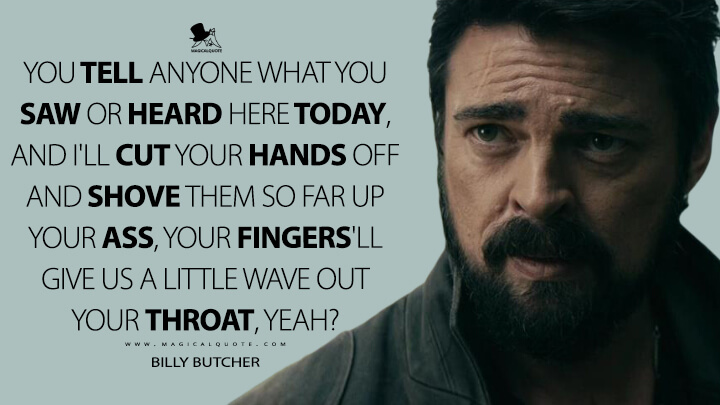 You tell anyone what you saw or heard here today, and I’ll cut your hands off and shove them so far up your ass, your fingers’ll give us a little wave out your throat, yeah?Billy Butcher, (to Mesmer), S1.Ep6: The Innocents 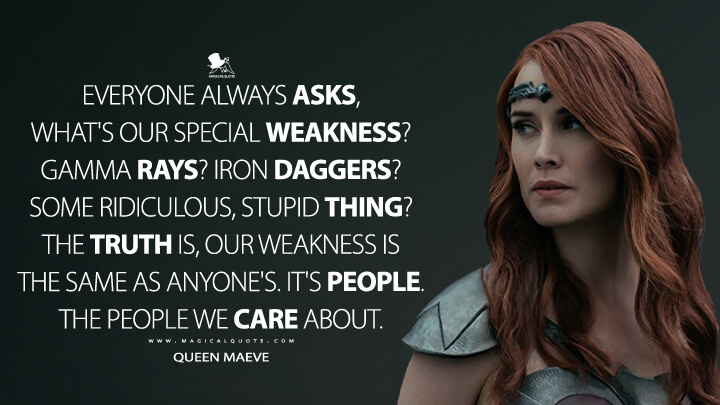 Everyone always asks, what’s our special weakness? Gamma rays? Iron daggers? Some ridiculous, stupid thing? The truth is, our weakness is the same as anyone’s. It’s people. The people we care about.Queen Maeve, S1.Ep7: The Self-Preservation Society 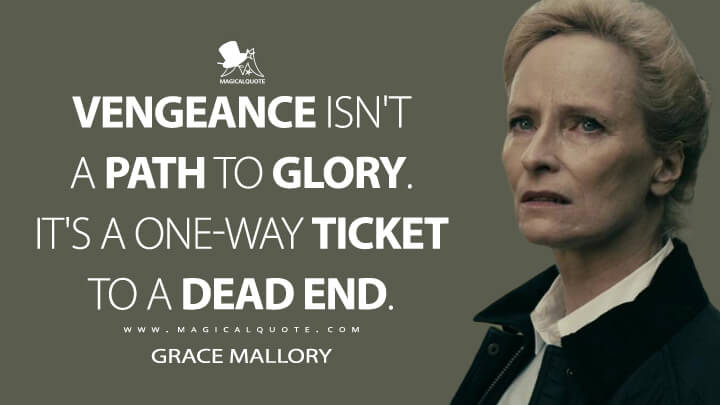 Vengeance isn’t a path to glory. It’s a one-way ticket to a dead end.Grace Mallory, (to Hughie), S1.Ep8: You Found Me 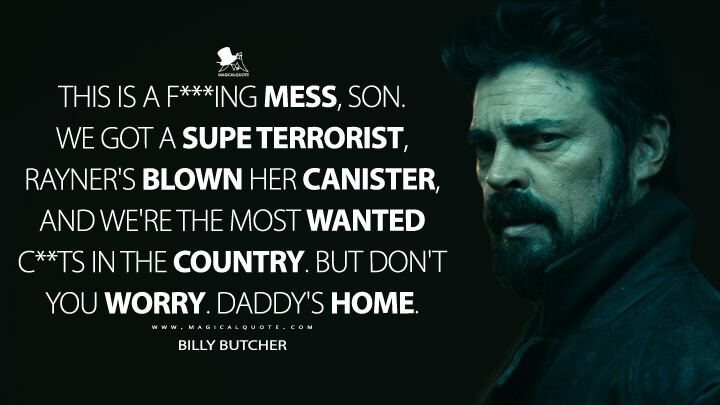 This is a f***ing mess, son. We got a Supe terrorist, Rayner’s blown her canister, and we’re the most wanted c**ts in the country. But don’t you worry. Daddy’s home.Billy Butcher, (to Hughie), S2.Ep1: The Big Ride 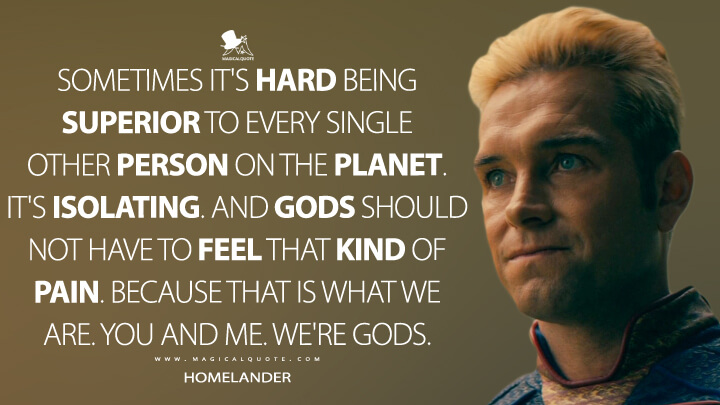 Sometimes it’s hard being superior to every single other person on the planet. It’s isolating. And gods should not have to feel that kind of pain. Because that is what we are. You and me. We’re gods.Homelander, (to Ryan), S2.Ep2: Proper Preparation and Planning 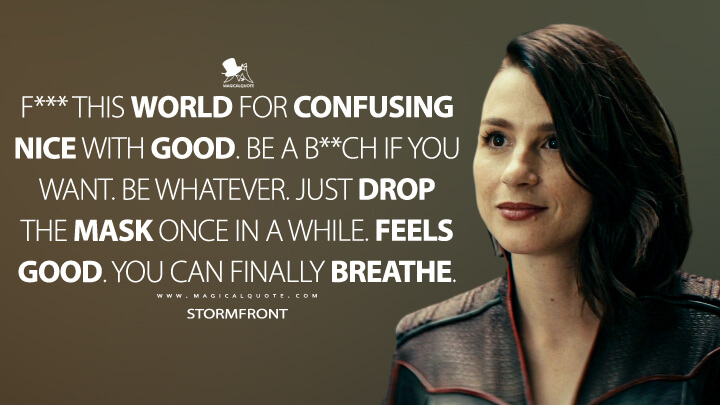 F*** this world for confusing nice with good. Be a b**ch if you want. Be whatever. Just drop the mask once in a while. Feels good. You can finally breathe.Stormfront, S2.Ep2: Proper Preparation and Planning 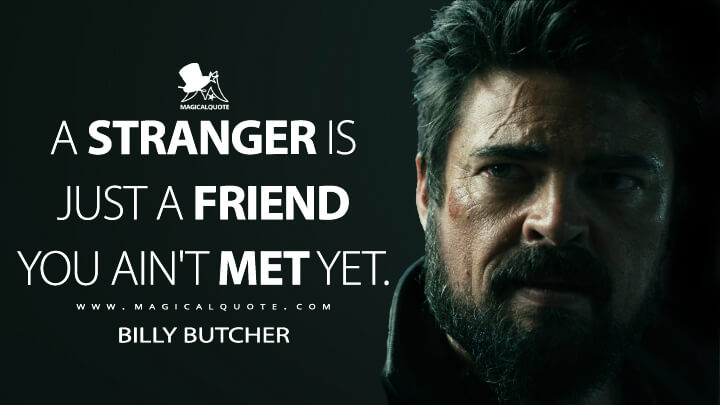 A stranger is just a friend you ain’t met yet.Billy Butcher, S2.Ep3: Over the Hill with the Swords of a Thousand Men 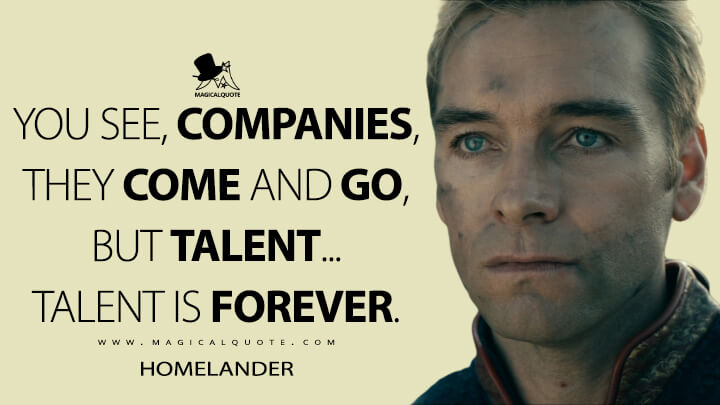 You see, companies, they come and go, but talent… talent is forever.Homelander, (to Stan), S2.Ep3: Over the Hill with the Swords of a Thousand Men 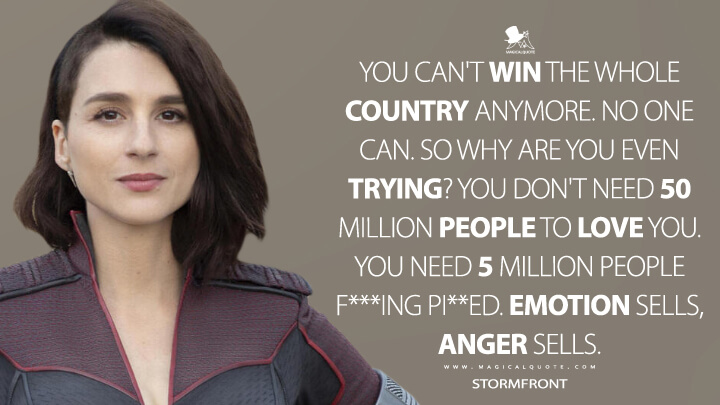 You can’t win the whole country anymore. No one can. So why are you even trying? You don’t need 50 million people to love you. You need 5 million people f***ing pi**ed. Emotion sells, anger sells.Stormfront, (to Homelander), S2.Ep4: Nothing Like It in the World 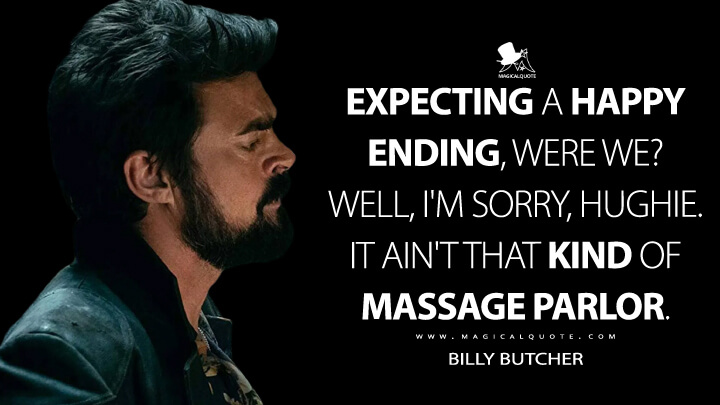 Expecting a happy ending, were we? Well, I’m sorry, Hughie. It ain’t that kind of massage parlor.Billy Butcher, S2.Ep5: We Gotta Go Now 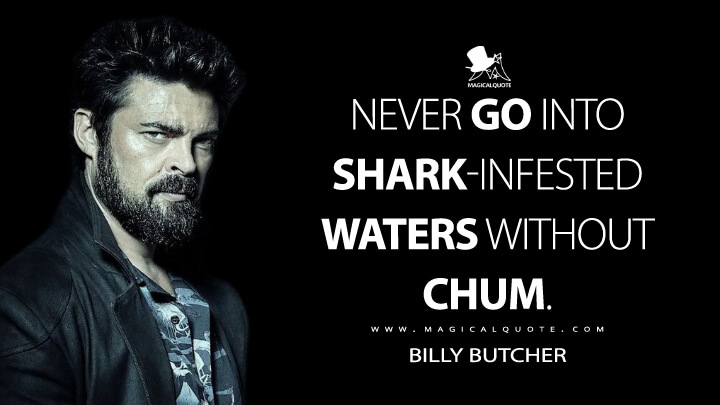 Never go into shark-infested waters without chum.Billy Butcher, S2.Ep6: The Bloody Doors Off 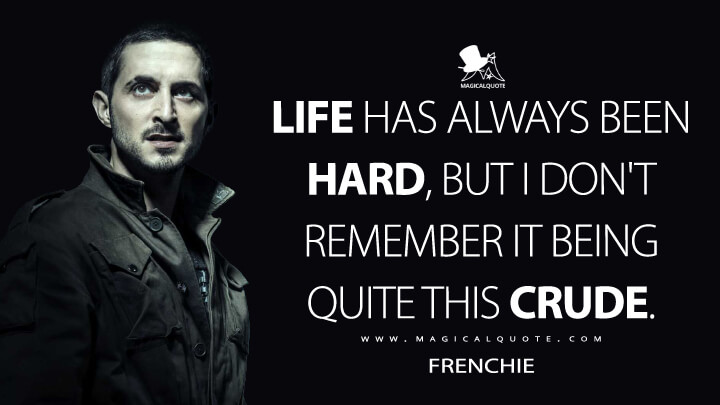 Life has always been hard, but I don’t remember it being quite this crude.Frenchie, S2.Ep7: Butcher, Baker, Candlestick Maker 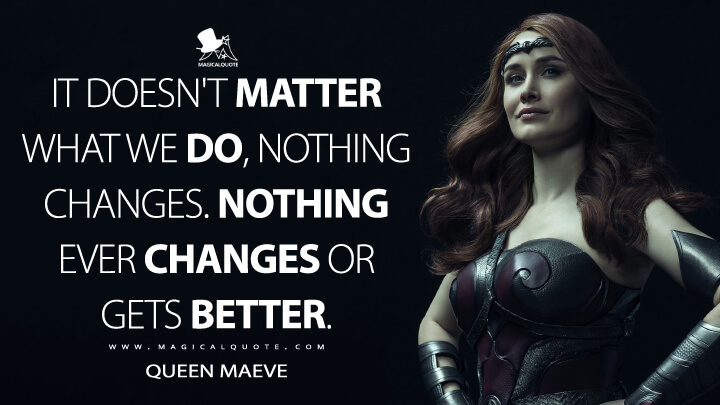 It doesn’t matter what we do, nothing changes. Nothing ever changes or gets better.Queen Maeve, S2.Ep8: What I Know 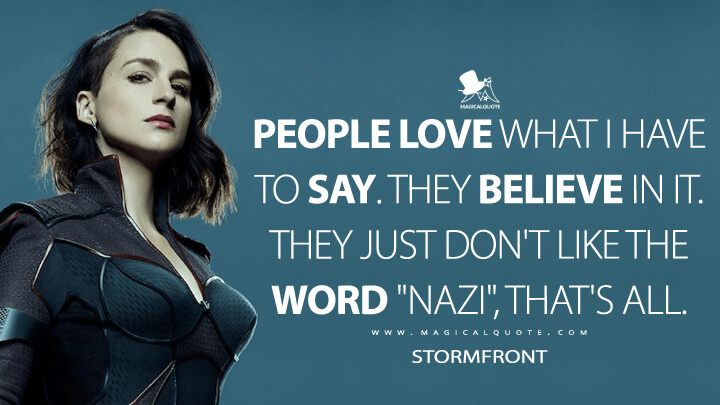 People love what I have to say. They believe in it. They just don’t like the word “Nazi”, that’s all.Stormfront, S2.Ep8: What I Know 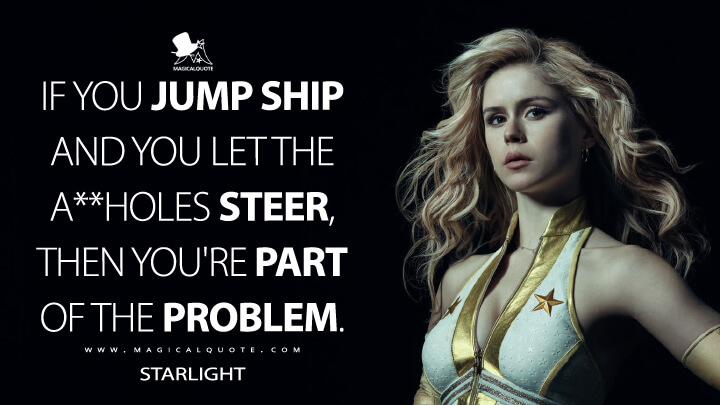 If you jump ship and you let the a**holes steer, then you’re part of the problem.Starlight, (to Hughie), S2.Ep8: What I Know

Prime VideoSeason 1Season 2The Boys
Lucifer Morningstar Quotes: I am a Devil of my word 35 Preeminent Quotes by Agatha Christie