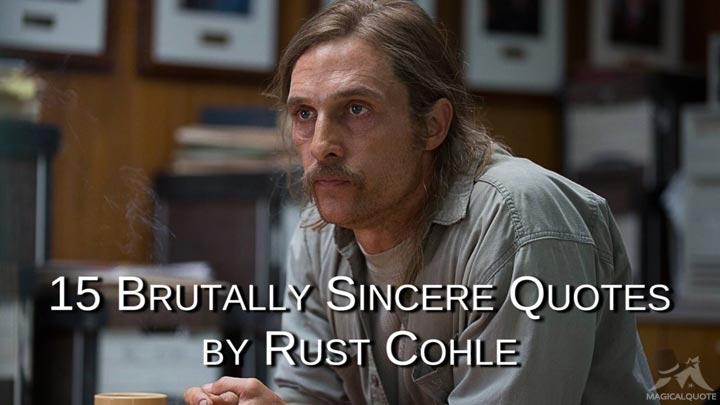 Detective Rustin “Rust” Cohle, played by Matthew McConaughey in Season 1 of True Detective, has become one of the most memorable characters in TV history.

Known for his intense existential theories and unique philosophy full of pessimism, Rust dropped many philosophical thoughts during the eight episodes in which he appeared.

Below are some of the most popular Rust Cohle quotes. 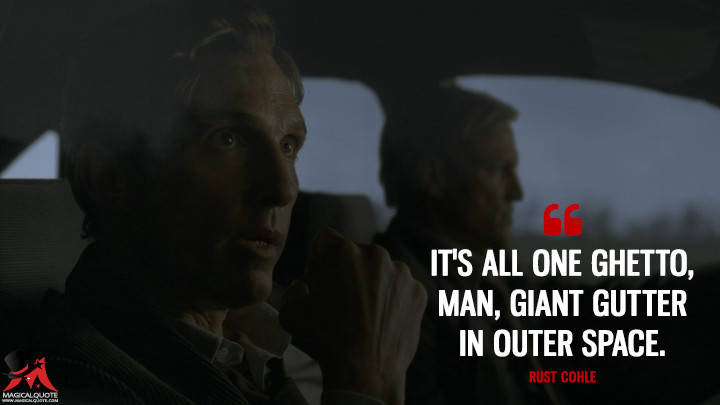 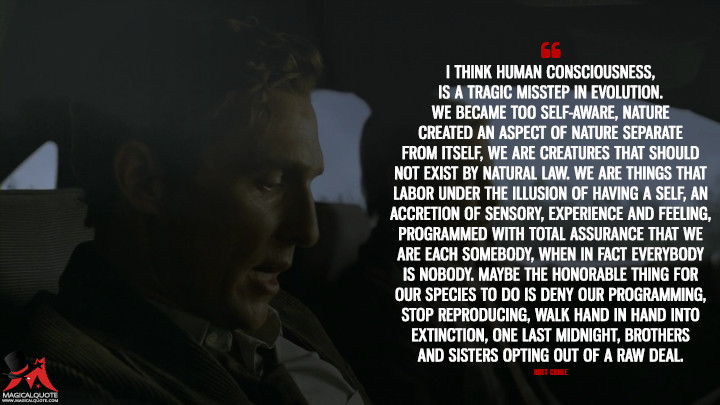 I think human consciousness, is a tragic misstep in evolution. We became too self-aware, nature created an aspect of nature separate from itself, we are creatures that should not exist by natural law. We are things that labor under the illusion of having a self, an accretion of sensory, experience and feeling, programmed with total assurance that we are each somebody, when in fact everybody is nobody. Maybe the honorable thing for our species to do is deny our programming, stop reproducing, walk hand in hand into extinction, one last midnight, brothers and sisters opting out of a raw deal.S1.Ep1: The Long Bright Dark 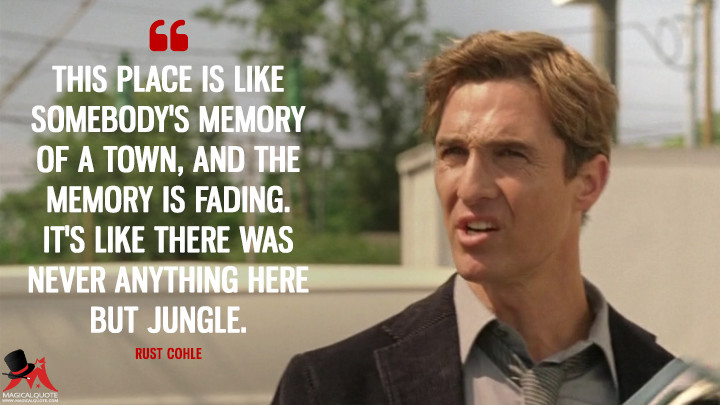 This place is like somebody’s memory of a town, and the memory is fading. It’s like there was never anything here but jungle.S1.Ep1: The Long Bright Dark 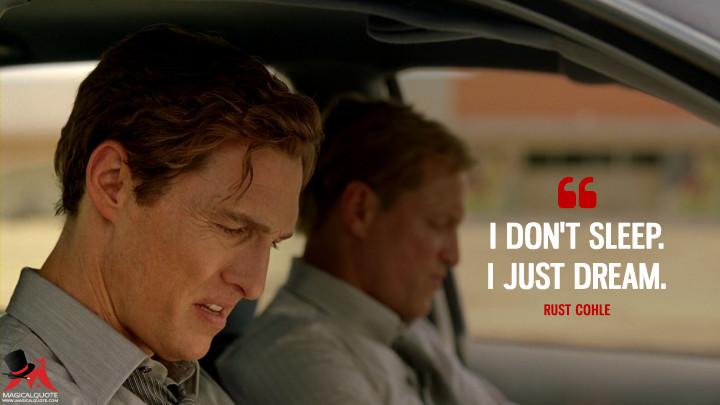 I don’t sleep. I just dream.S1.Ep1: The Long Bright Dark 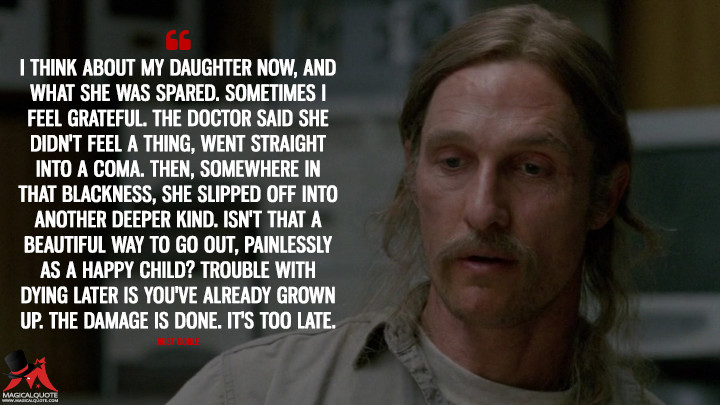 I think about my daughter now, and what she was spared. Sometimes I feel grateful. The doctor said she didn’t feel a thing, went straight into a coma. Then, somewhere in that blackness, she slipped off into another deeper kind. Isn’t that a beautiful way to go out, painlessly as a happy child? Trouble with dying later is you’ve already grown up. The damage is done. It’s too late.S1.Ep2: Seeing Things 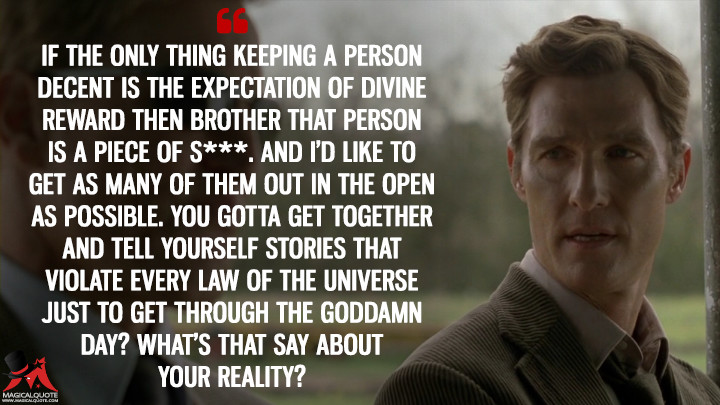 If the only thing keeping a person decent is the expectation of divine reward then brother that person is a piece of s***. And I’d like to get as many of them out in the open as possible. You gotta get together and tell yourself stories that violate every law of the universe just to get through the goddamn day? What’s that say about your reality?S1.Ep3: 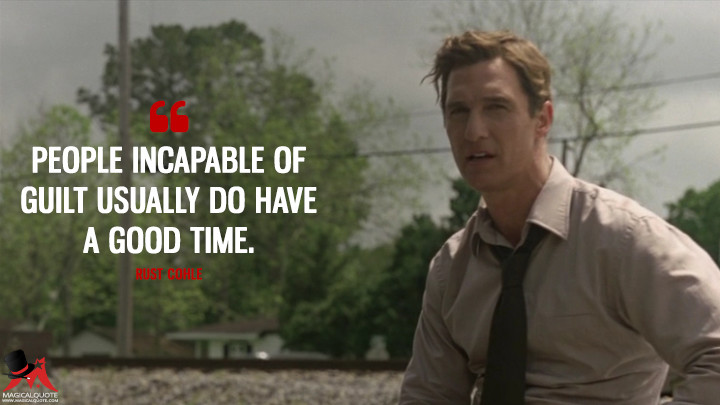 People incapable of guilt usually do have a good time.S1.Ep3: The Locked Room 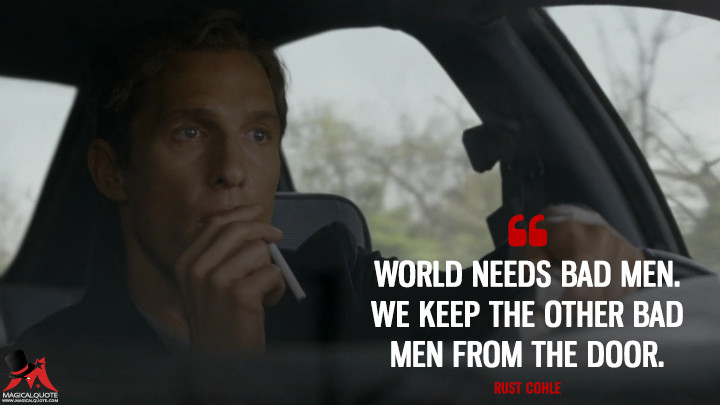 World needs bad men. We keep the other bad men from the door.S1.Ep3: The Locked Room 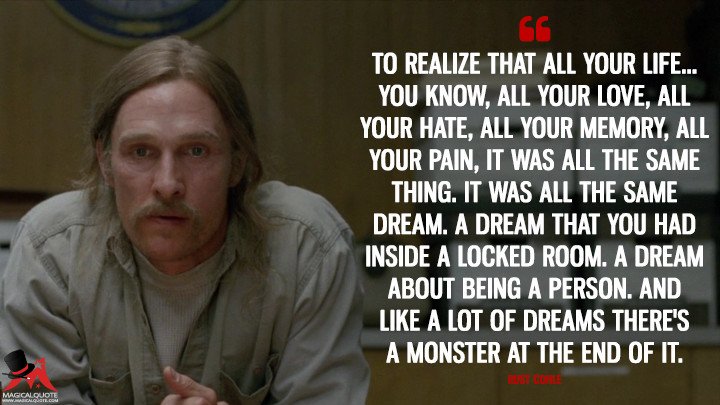 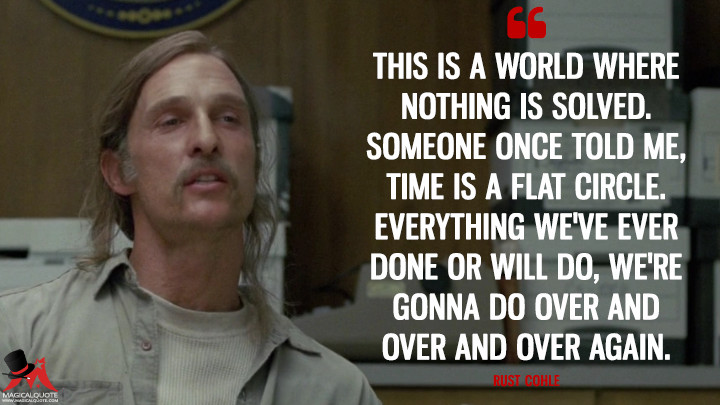 This is a world where nothing is solved. Someone once told me, time is a flat circle. Everything we’ve ever done or will do, we’re gonna do over and over and over again.S1.Ep5: The Secret Fate Of All Life 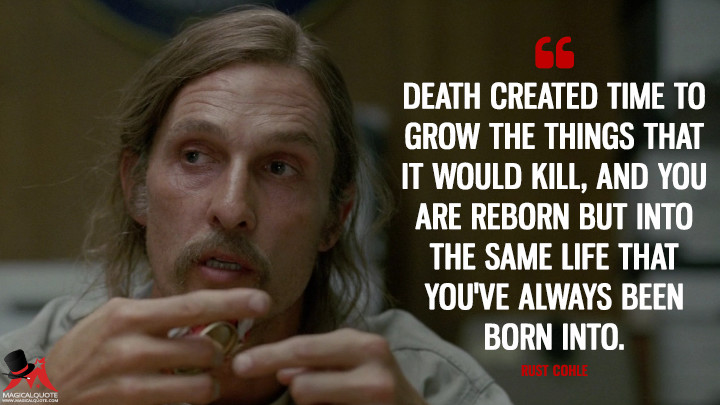 Death created time to grow the things that it would kill, and you are reborn but into the same life that you’ve always been born into.S1.Ep5: The Secret Fate Of All Life 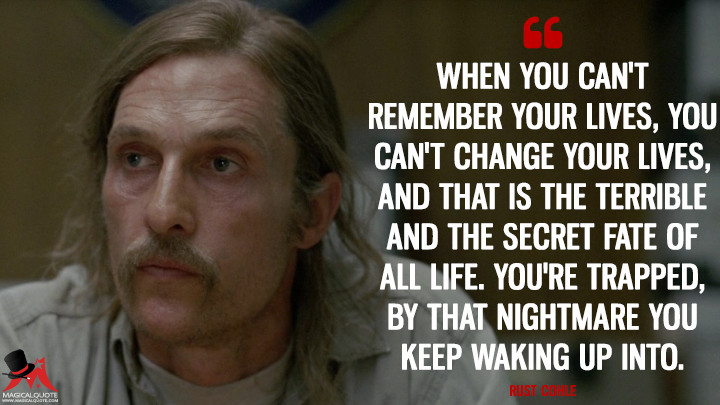 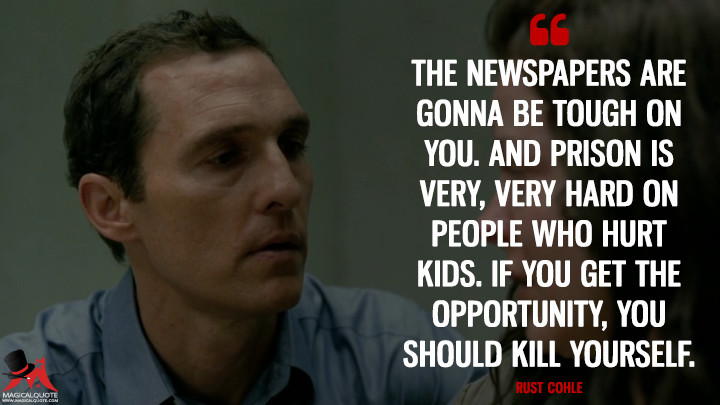 The newspapers are gonna be tough on you. And prison is very, very hard on people who hurt kids. If you get the opportunity, you should kill yourself.S1.Ep6: Haunted Houses 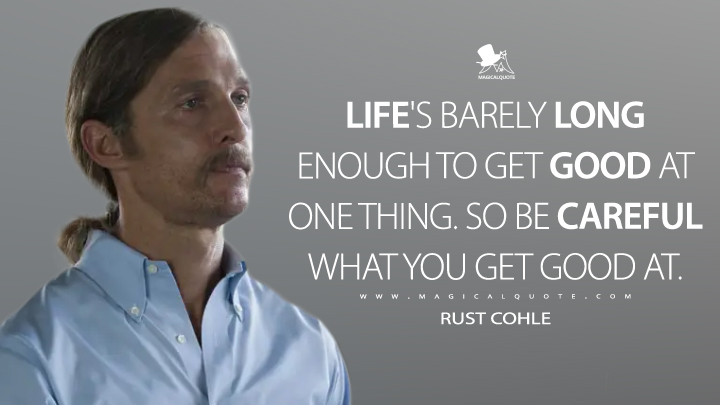 Life’s barely long enough to get good at one thing. So be careful what you get good at.S1.Ep7: After You've Gone 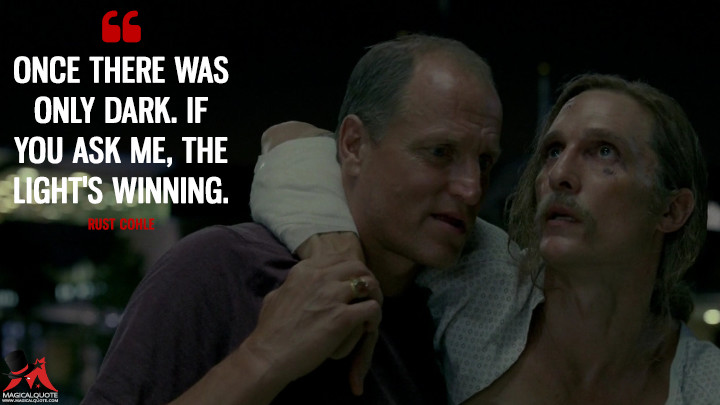 Once there was only dark. If you ask me, the light’s winning.S1.Ep8: Form And Void

What are your favorite quotes by Rust Cohle?