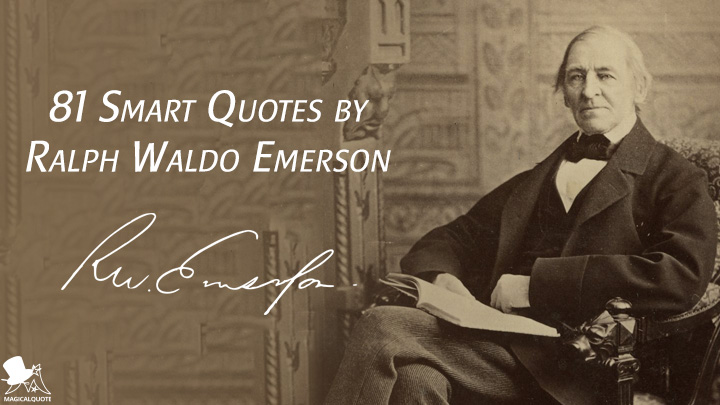 Ralph Waldo Emerson was an American Transcendentalist poet, philosopher, lecturer and essayist during 19th century. Born on May 25, 1803, in Boston, Massachusetts, he was the son of Ruth Haskins and William Emerson, a Unitarian minister.

After studying at Harvard, Emerson entered the ministry, but after the death of his wife in 1831, he resigned his pastorate. In 1832, Emerson traveled to Europe, visiting Thomas Carlyle and Samuel Taylor Coleridge. When he returned home in 1833, he began to lecture and most of his lectures during the 1830s he was published in the essays. These essays, especially “Nature” (1836), are perhaps the best expression of his Transcendentalism.

The 1840s were the most fertile years for Emerson. During that time he published two volumes of essays, Essays: First Series and Essays: Second Series. The first collection was published in 1841 and the second in 1844. These two collections represent the core of his thinking, and include some of well-known essays as Self-Reliance, The Over-Soul, Circles, The Poet and Experience.

Ralph Waldo Emerson was seen as a champion of individualism, and his work had a great impact on thinkers, writers and poets that have followed him. He presented his thoughts through lots of published essays and more than 1,500 public lectures across the United States.