30 Quotes from The Father of Free Verse Walt Whitman 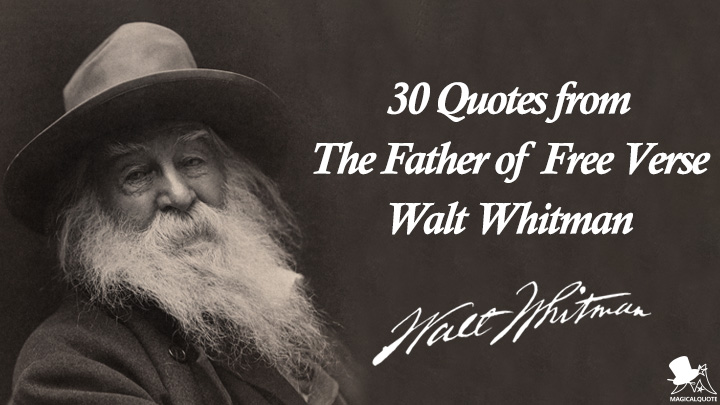 Along with Emily Dickinson, Whitman is regarded as one of America’s most significant poets in the American canon, often called the father of free verse. In addition to publishing poetry, Whitman has also worked as a journalist, a teacher, a government clerk, and a volunteer nurse during the American Civil War.

Whitman is most famous for his lifelong work on his self-published book Leaves of Grass (1855, the first of seven editions). The book was largely inspired by his travels through the American frontier and by his admiration for Ralph Waldo Emerson.