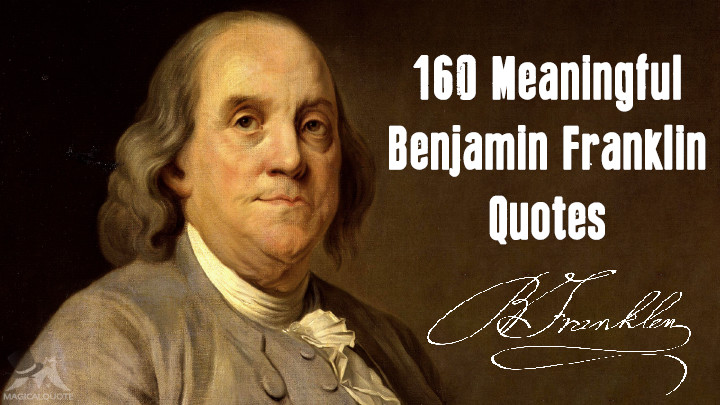 One of the most important people in American history, Benjamin Franklin (born January 17, 1706, Boston, Massachusetts Bay, English America – died April 17, 1790, Philadelphia, Pennsylvania, United States) was a polymath and one of the Founding Fathers of the United States. Franklin was a statesman, printer and publisher, scientist and inventor, author, and diplomat.

Raised in a family with modest means, Franklin had to terminate his education when he was 10. Despite that, he was an avid reader and became successful editor and publisher in Philadelphia, publishing Pennsylvania Gazette and Poor Richard’s Almanack. During his time in Philadelphia, Franklin was active in public affairs, where he helped to establish new institutions such as a lending library, a fire company, an academy, and a hospital.

As a prolific scientist and inventor, Franklin was a leading figure in the American Enlightenment for his work on electricity. Some of his most famous inventions were the lightning rod, Franklin stove, glass harmonica and bifocal glasses.

Today, more than 200 years after his death, Franklin’s image appears on coinage and the $100 bill, and many towns, educational institutions, counties and corporations across America are named after him. 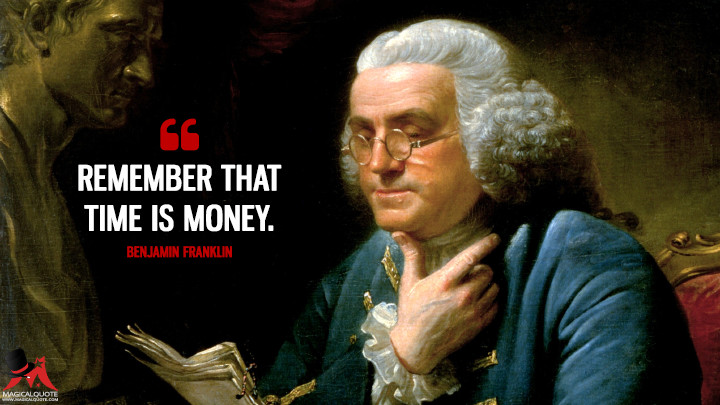 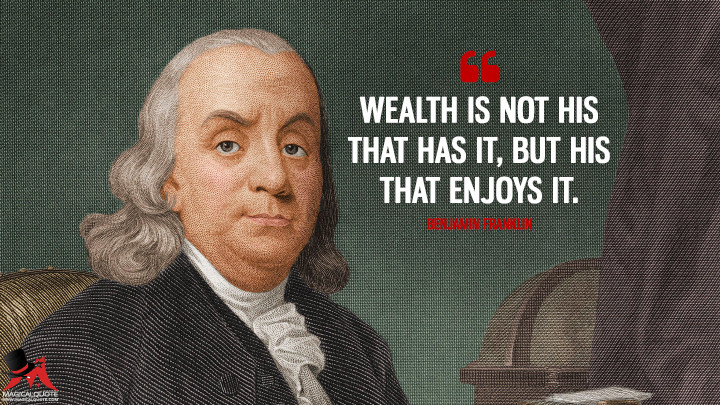 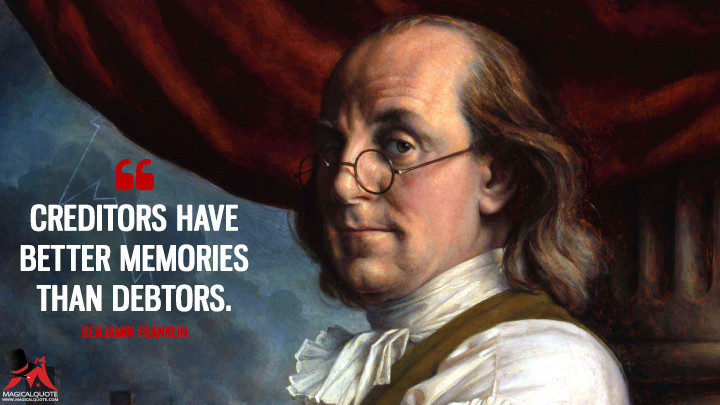 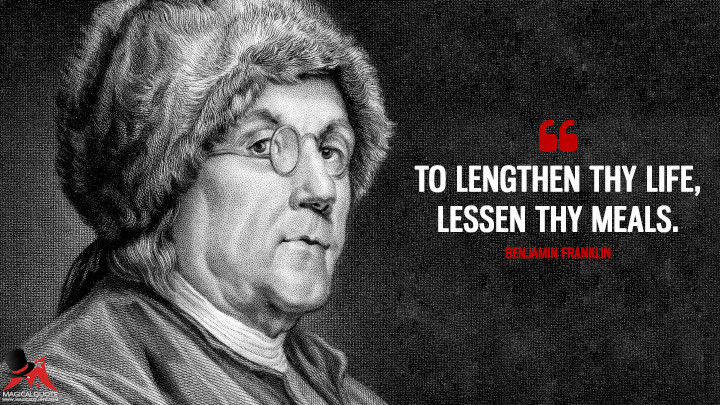 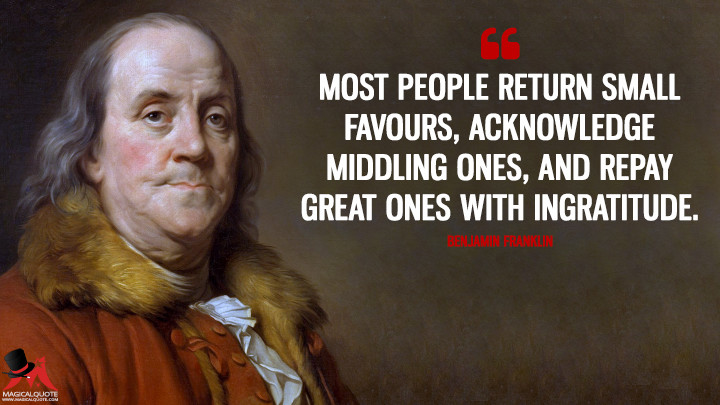 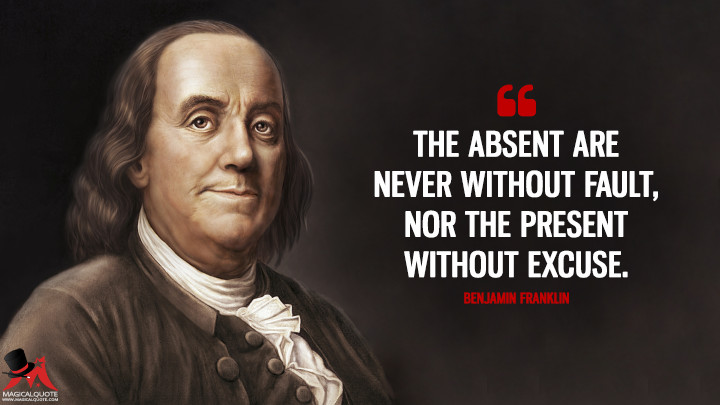 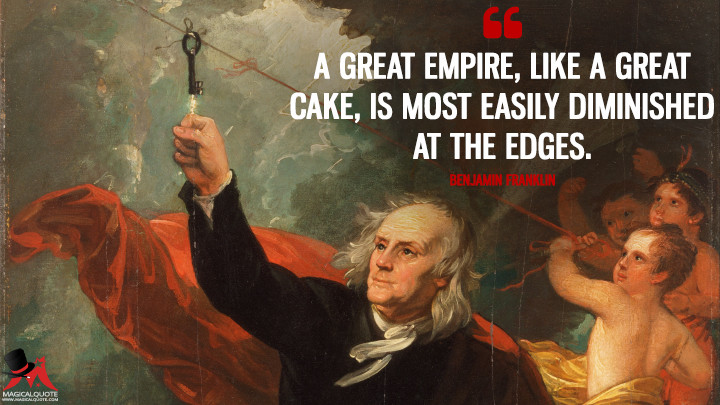 70
A great Empire, like a great Cake, is most easily diminished at the Edges.Rules by Which a Great Empire May Be Reduced to a Small One (Printed in The Public Advertiser, September 11, 1773)
71
Beauty and folly are old companions.Poor Richard (1734)
72
When Man and Woman die, as Poets sung,
His Heart’s the last part moves, her last, the tongue.Poor Richard (1739)
73
In general Mankind, since the improvement of Cookery, eat about twice as much as Nature requires.Letter to Catherine Shipley (Philada, May 2, 1786)
74
There are three faithful friends, an old wife, an old dog, and ready money.Poor Richard (1738)
75
The World is full of fools and faint hearts; and yet every one has courage enough to bear the misfortunes, and wisdom enough to manage the Affairs of his neighbour.Poor Richard (1743)
76
A Lie stands on 1 leg, Truth on 2.Poor Richard (1735)
77
The poor man must walk to get meat for his stomach, the rich man to get a stomach to his meat.Poor Richard (1735)
78
All would live long, but none would be old.Poor Richard Improved (1749)
79
Fools make feasts and wise men eat ’em.Poor Richard (1733) 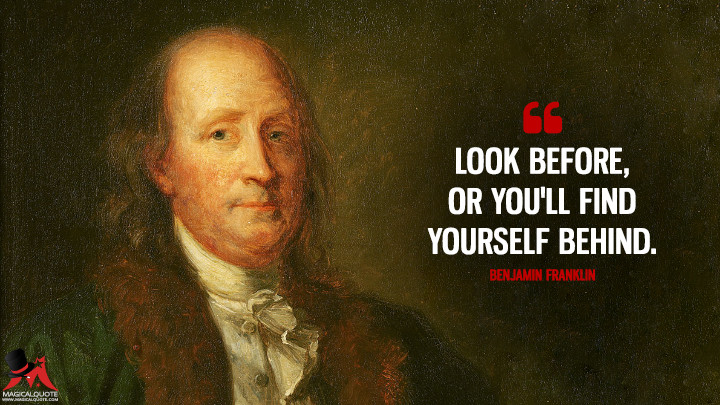 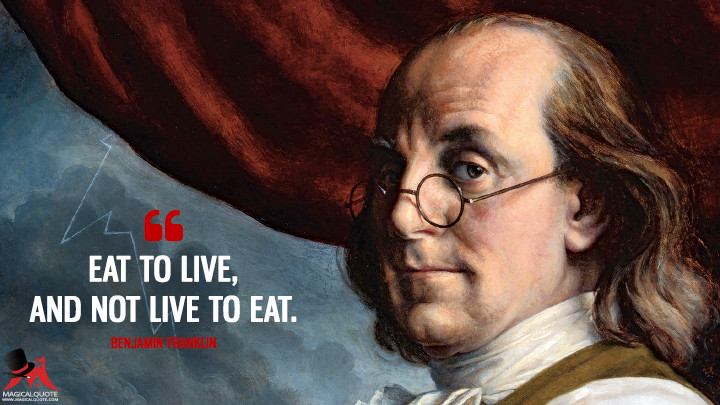 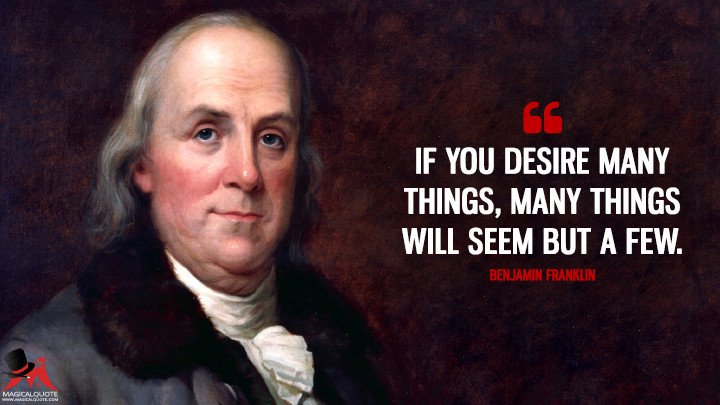 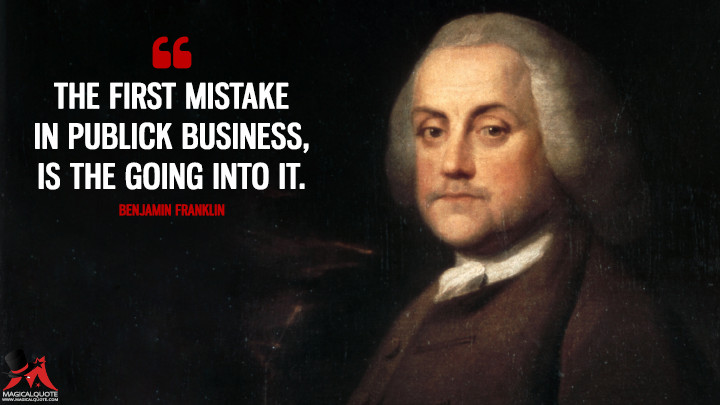 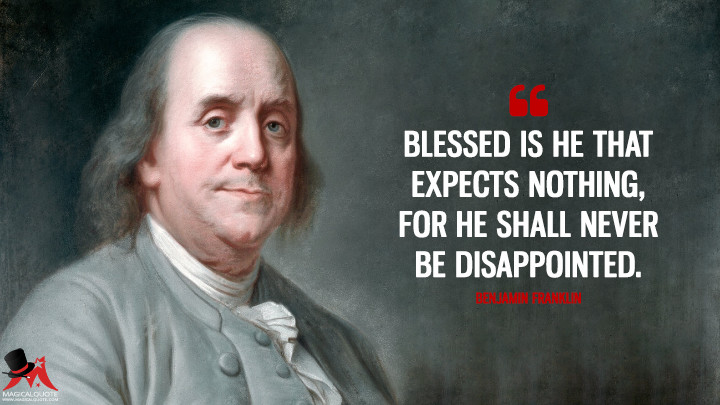 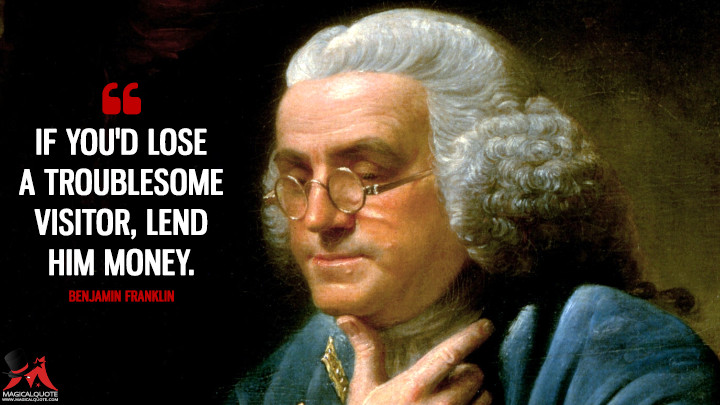 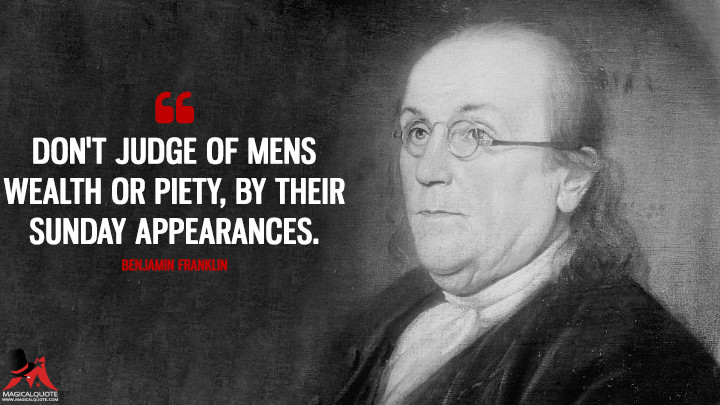 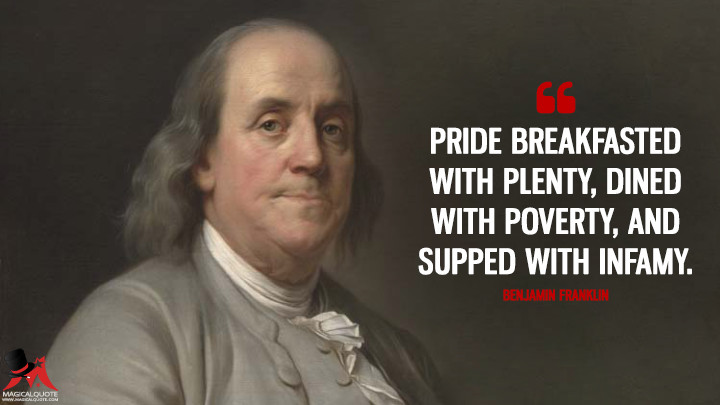 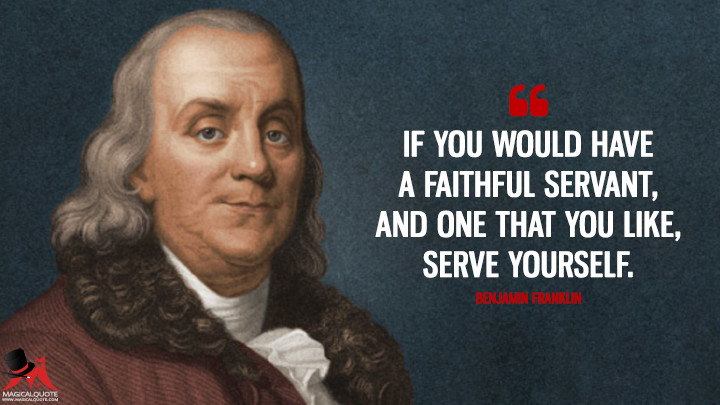 160
If you would have a faithful Servant, and one that you like, serve yourself.Poor Richard Improved (1758)