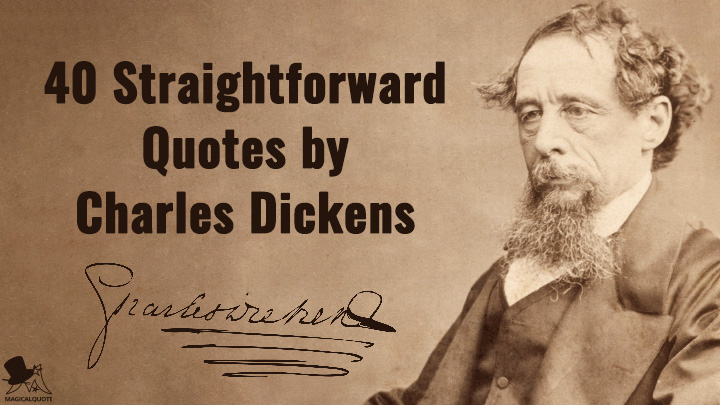 In addition to writing, Dickens also promoted other writers in his journals, fought for children’s rights, education, and concerned himself with social issues.

Dickens enjoyed great popularity during his lifetime and was one of the most-read of English authors. A large number of motion pictures and TV adaptations are based on Dickens’ works. His novels and fictional characters continue to inspire many artists across the world.

Reflect upon your present blessings — of which every man has many — not on your past misfortunes, of which all men have some.Sketches by Boz (1836) 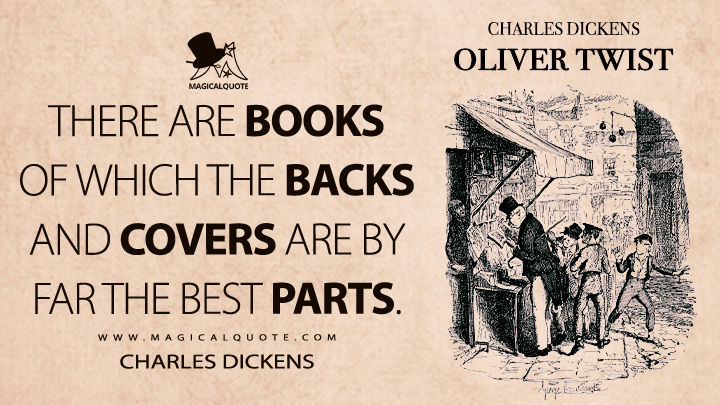 There are books of which the backs and covers are by far the best parts.Oliver Twist (1838)

Take nothing on its looks; take everything on evidence. There’s no better rule.Great Expectations (1861)

A loving heart was better and stronger than wisdom.David Copperfield (1850)

It’s in vain to recall the past, unless it works some influence upon the present.David Copperfield (1850) 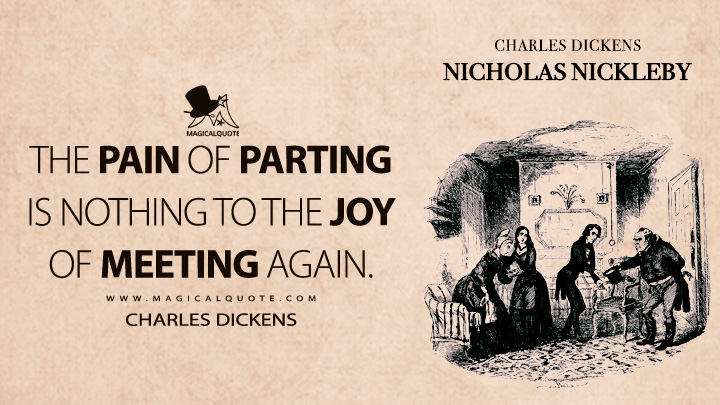 The pain of parting is nothing to the joy of meeting again.Nicholas Nickleby (1839)

We need never be ashamed of our tears.Great Expectations (1861)

If there were no bad people, there would be no good lawyers.The Old Curiosity Shop (1841)

Dignity, and even holiness too, sometimes, are more questions of coat and waistcoat than some people imagine.Oliver Twist (1838) 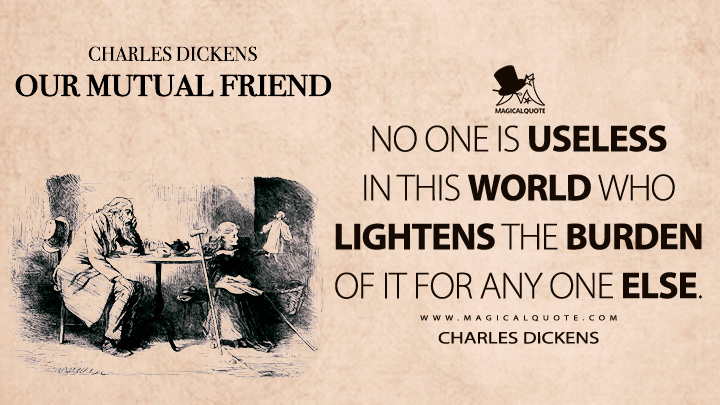 No one is useless in this world who lightens the burden of it for any one else.Our Mutual Friend (1865)

Any man may be in good spirits and good temper when he’s well dressed.Martin Chuzzlewit (1844)

Throughout life, our worst weaknesses and meannesses are usually committed for the sake of the people whom we most despise.Great Expectations (1861)

The civility which money will purchase, is rarely extended to those who have none.Sketches by Boz (1836)

Although a skillful flatterer is a most delightful companion if you can keep him all to yourself, his taste becomes very doubtful when he takes to complimenting other people.Nicholas Nickleby (1839) 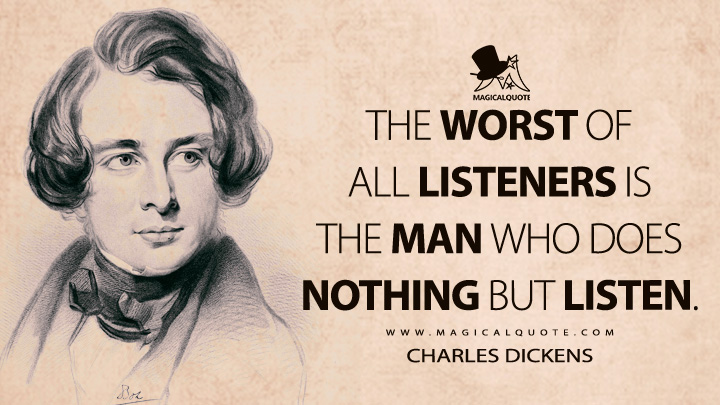 The worst of all listeners is the man who does nothing but listen.'The Art of Listening,' All the Year Round (June 6, 1874)

The habit of paying compliments kept a man’s tongue oiled without any expense.The Old Curiosity Shop (1841)

Procrastination is the thief of time. Collar him!David Copperfield (1850)

Life is made of ever so many partings welded together.Great Expectations (1861)

There are dark shadows on the earth, but its lights are stronger in the contrast.The Pickwick Papers (1837) 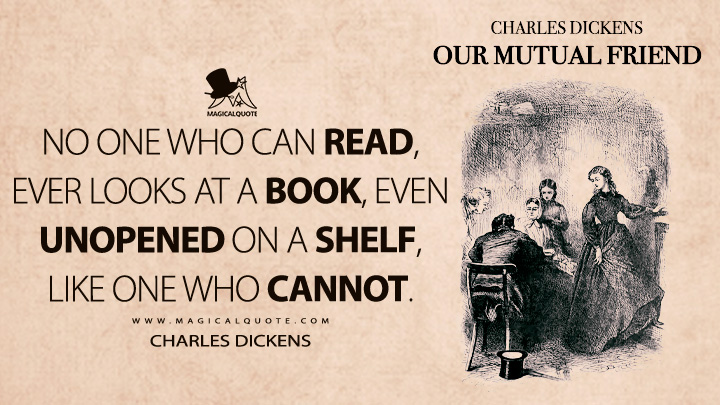 No one who can read, ever looks at a book, even unopened on a shelf, like one who cannot.Our Mutual Friend (1865)

The men who learn endurance, are they who call the whole world, brother.Barnaby Rudge (1841)

While there is infection in disease and sorrow, there is nothing in the world so irresistibly contagious as laughter and good-humour.A Christmas Carol (1843)

To conceal anything from those to whom I am attached, is not in my nature. I can never close my lips where I have opened my heart.
Also known as: Never close your lips to those whom you have already opened your heart.Master Humphrey's Clock (1840) 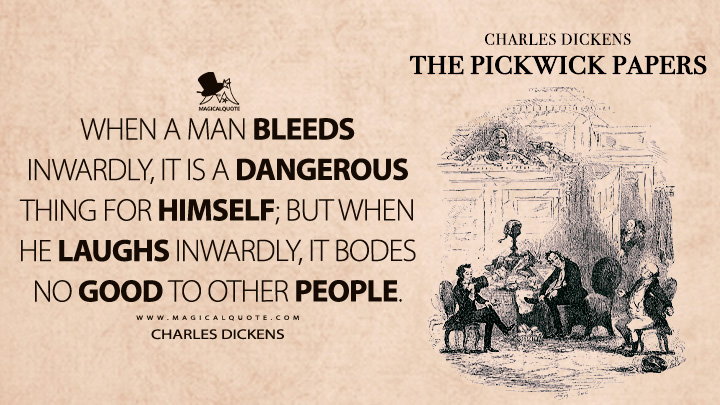 When a man bleeds inwardly, it is a dangerous thing for himself; but when he laughs inwardly, it bodes no good to other people.The Pickwick Papers (1837)

Ask no questions, and you’ll be told no lies.Great Expectations (1861)

Regrets are the natural property of grey hairs.Martin Chuzzlewit (1844)

Great men are seldom over scrupulous in the arrangement of their attire.The Pickwick Papers (1837) 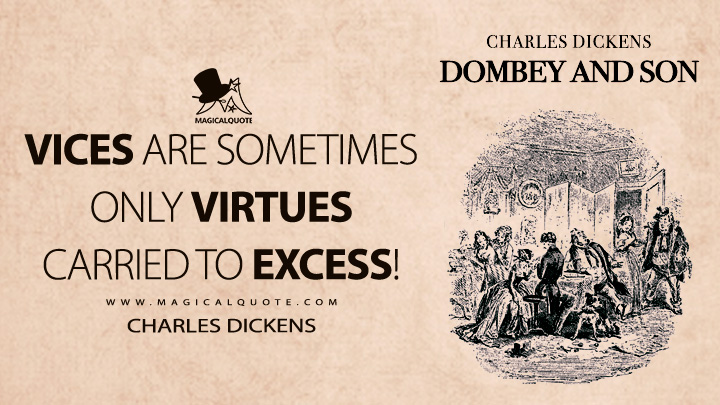 Vices are sometimes only virtues carried to excess!Dombey and Son (1848)

I must be taken as I have been made. The success is not mine, the failure is not mine, but the two together make me.Great Expectations (1861)

A good uniform must work its way with the women, sooner or later.Chapter XXXVII, The Pickwick Papers (1837)

I have known a vast quantity of nonsense talked about bad men not looking you in the face. Don’t trust that conventional idea. Dishonesty will stare honesty out of countenance, any day in the week, if there is anything to be got by it.Hunted Down (1859)

Ideas, like ghosts, must be spoken to a little before they will explain themselves.Dombey and Son (1848) 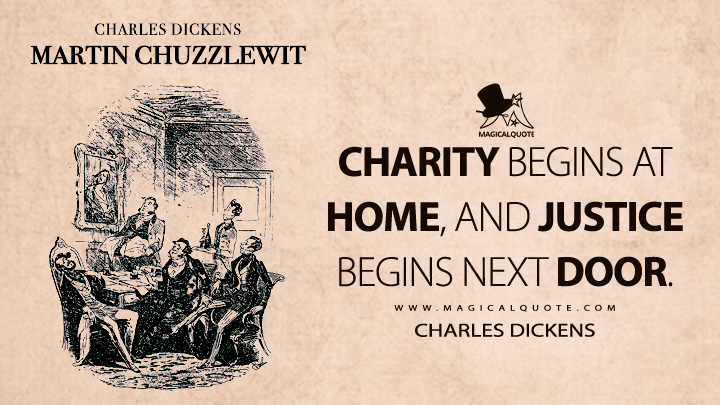 Charity begins at home, and justice begins next door.Martin Chuzzlewit (1844)