20 TV Series Quotes to Help You Overcome Your Fears 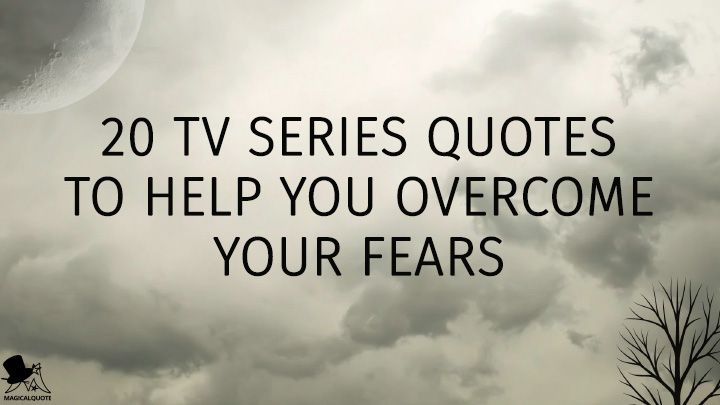 Fear is often one of those barriers that stop us on the road to our dreams.

Fear is universal. Many people face some fear every day. Whether it is fear of failure, fear of change, or fear of the unknown, fear will always be nearby to tell you what you can’t do.

But life is more than short to let fear make major decisions for you. It’s time for you to take charge of your life and get rid of your fears once and for all.

You can start facing your fears today with the help of these 20 motivational quotes from TV series. 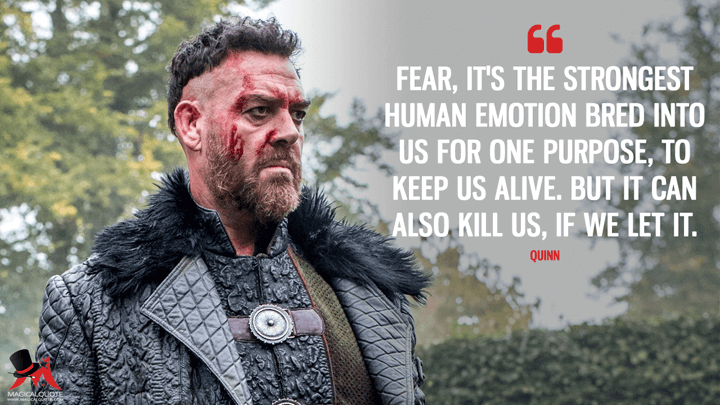 Fear, it’s the strongest human emotion bred into us for one purpose, to keep us alive. But it can also kill us, if we let it.Quinn, Into the Badlands 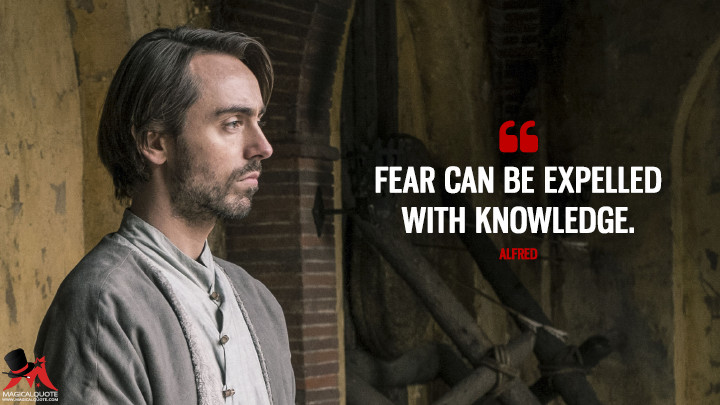 Fear can be expelled with knowledge.Alfred, The Last Kingdom 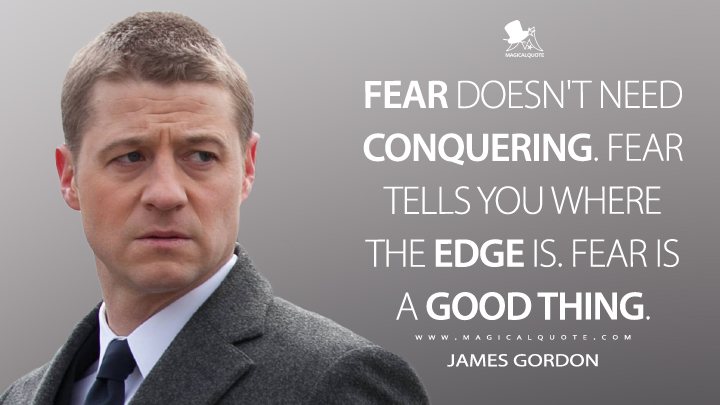 Fear doesn’t need conquering. Fear tells you where the edge is. Fear is a good thing.James Gordon, Gotham 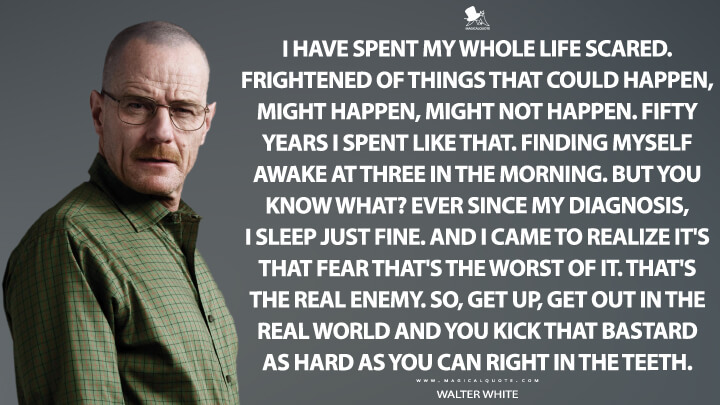 I have spent my whole life scared. Frightened of things that could happen, might happen, might not happen. Fifty years I spent like that. Finding myself awake at three in the morning. But you know what? Ever since my diagnosis, I sleep just fine. And I came to realize it’s that fear that’s the worst of it. That’s the real enemy. So, get up, get out in the real world and you kick that bastard as hard as you can right in the teeth.Walter White, Breaking Bad 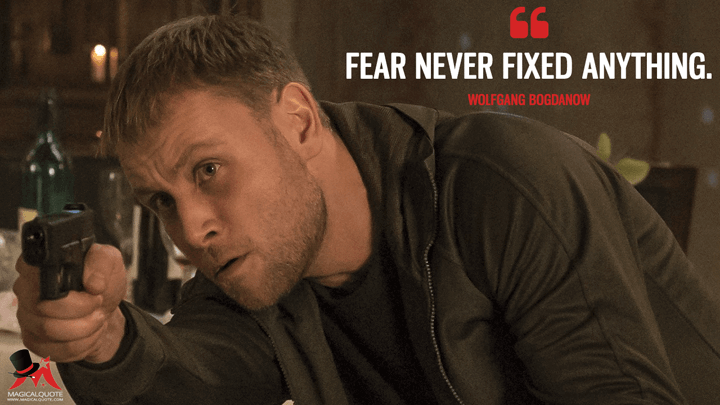 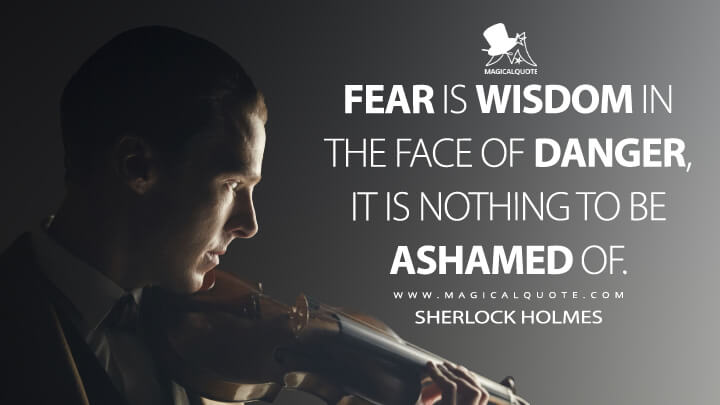 Fear is wisdom in the face of danger, it is nothing to be ashamed of.Sherlock Holmes, Sherlock 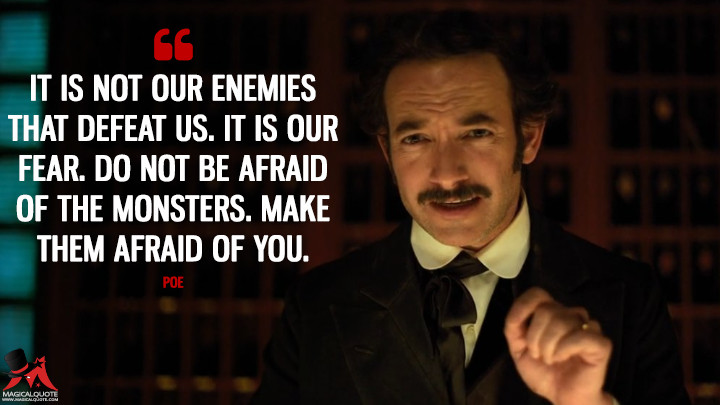 It is not our enemies that defeat us. It is our fear. Do not be afraid of the monsters. Make them afraid of you.Poe, Altered Carbon 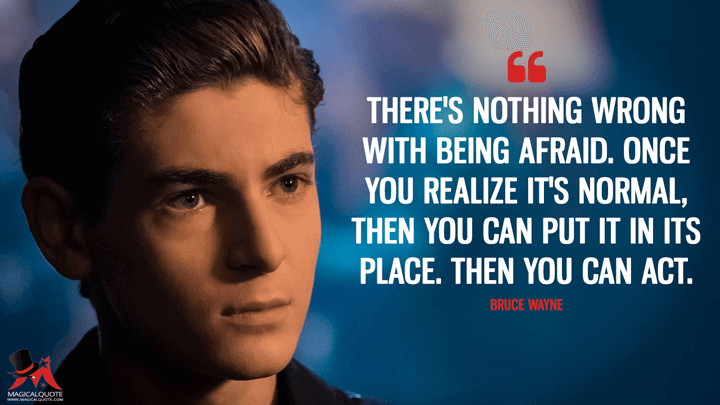 There’s nothing wrong with being afraid. Once you realize it’s normal, then you can put it in its place. Then you can act.Bruce Wayne, Gotham 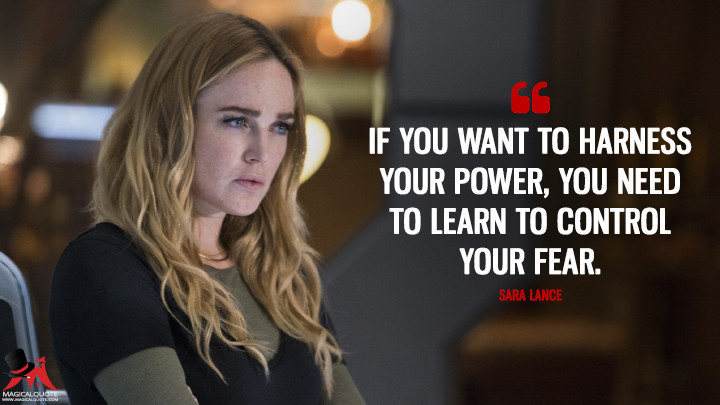 If you want to harness your power, you need to learn to control your fear.Sara Lance, Legends of Tomorrow 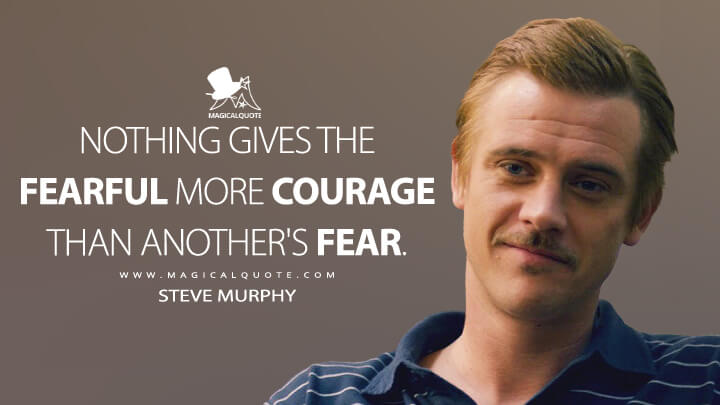 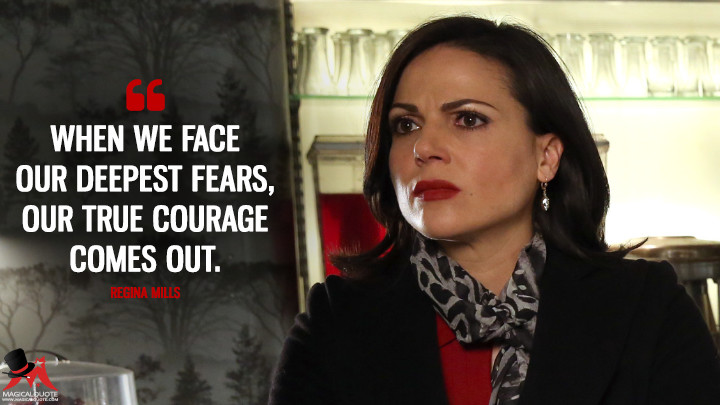 When we face our deepest fears, our true courage comes out.Regina Mills, Once Upon a Time 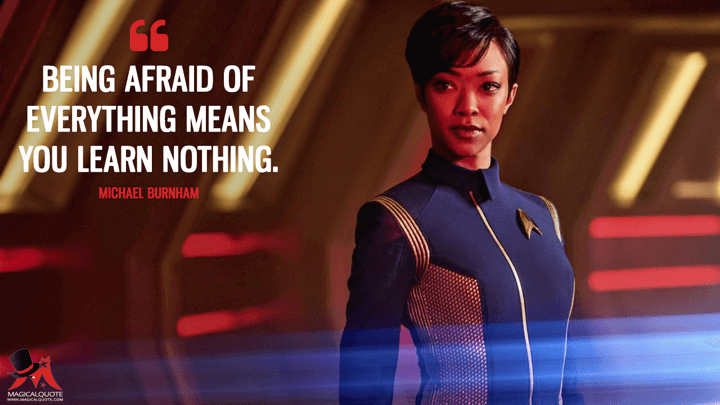 Being afraid of everything means you learn nothing.Michael Burnham, Star Trek: Discovery 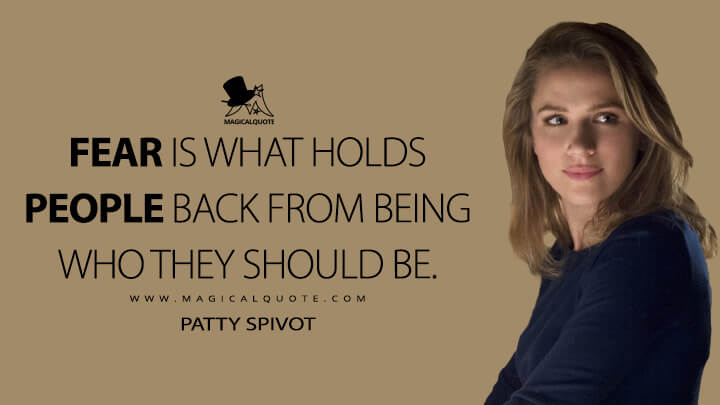 Fear is what holds people back from being who they should be.Patty Spivot, The Flash 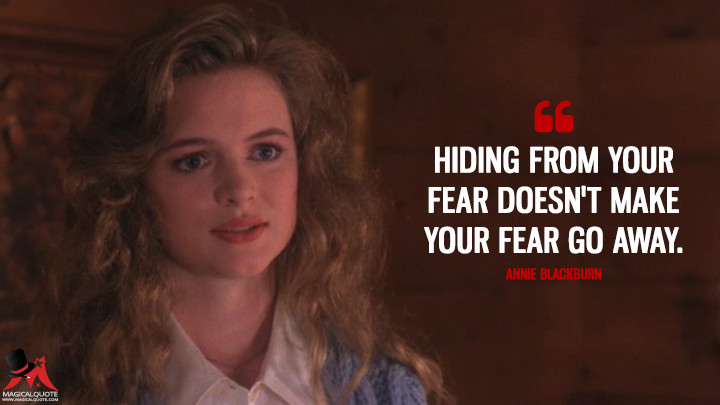 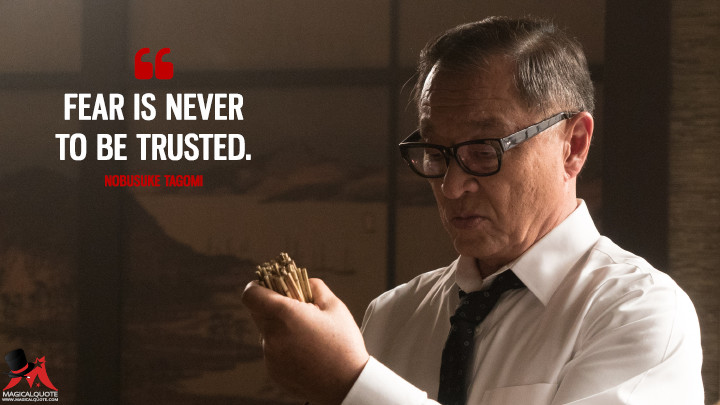 Fear is never to be trusted.Nobusuke Tagomi, The Man in the High Castle 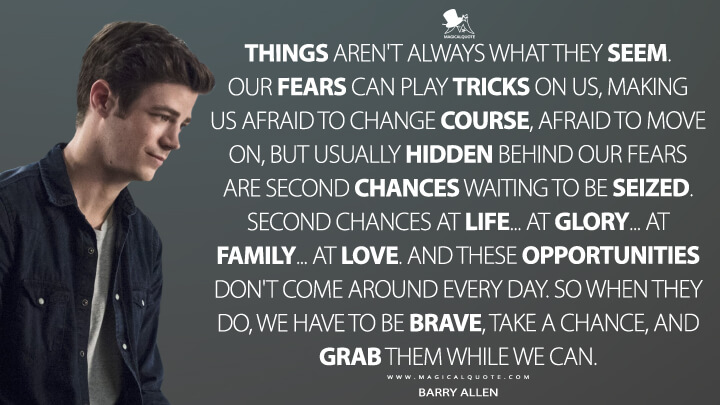 Things aren’t always what they seem. Our fears can play tricks on us, making us afraid to change course, afraid to move on, but usually hidden behind our fears are second chances waiting to be seized. Second chances at life… at glory… at family… at love. And these opportunities don’t come around every day. So when they do, we have to be brave, take a chance, and grab them while we can.Barry Allen, The Flash 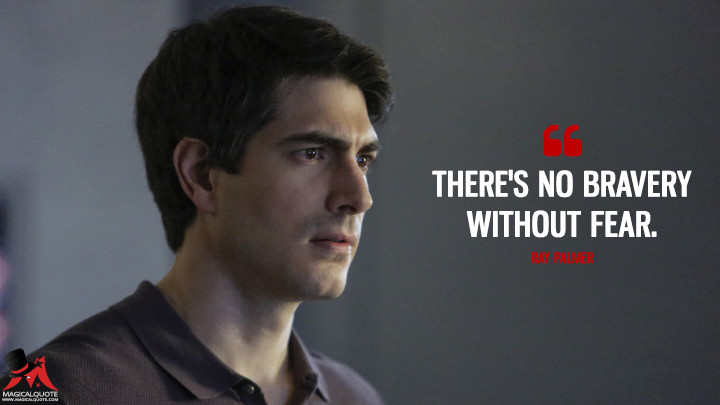 There’s no bravery without fear.Ray Palmer, Legends of Tomorrow 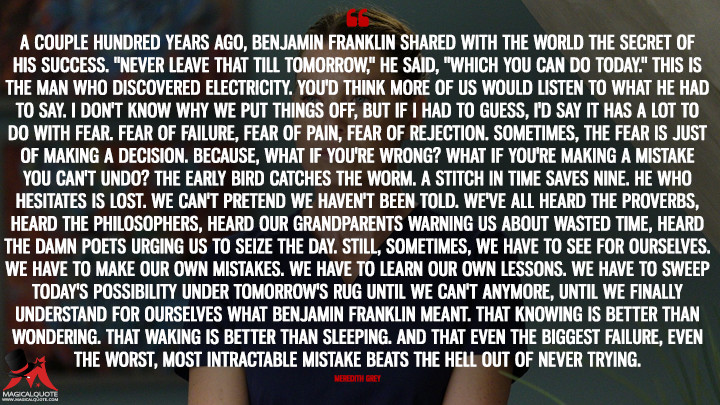 A couple of hundred years ago, Benjamin Franklin shared with the world the secret of his success. Never leave that till tomorrow, he said, which you can do today. This is the man who discovered electricity. You think more people would listen to what he had to say. I don’t know why we put things off, but if I had to guess, I’d have to say it has a lot to do with fear. Fear of failure, fear of rejection, sometimes the fear is just of making a decision, because what if you’re wrong? What if you’re making a mistake you can’t undo? The early bird catches the worm. A stitch in time saves nine. He who hesitates is lost. We can’t pretend we hadn’t been told. We’ve all heard the proverbs, heard the philosophers, heard our grandparents warning us about wasted time, heard the damn poets urging us to seize the day. Still sometimes we have to see for ourselves. We have to make our own mistakes. We have to learn our own lessons. We have to sweep today’s possibility under tomorrow’s rug until we can’t anymore. Until we finally understand for ourselves what Benjamin Franklin really meant. That knowing is better than wondering, that waking is better than sleeping, and even the biggest failure, even the worst, beat the hell out of never trying.Meredith Grey, Grey's Anatomy 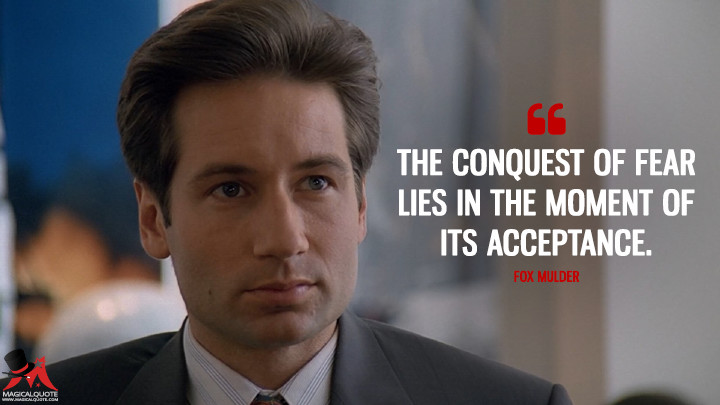 The conquest of fear lies in the moment of its acceptance.Fox Mulder, The X-Files 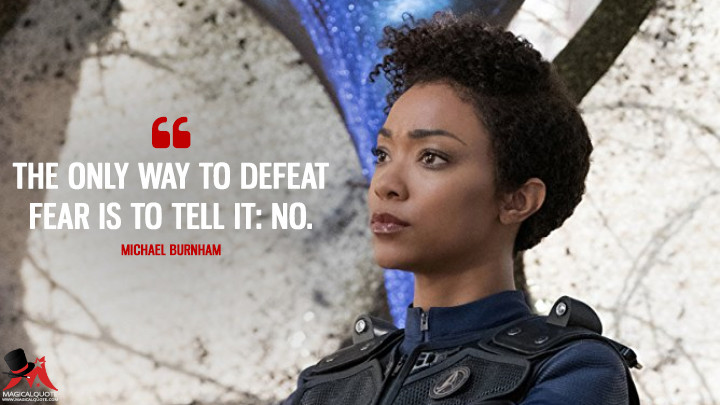 The only way to defeat fear is to tell it: No.Michael Burnham, Star Trek: Discovery

What are your favorite TV series quotes about fear?