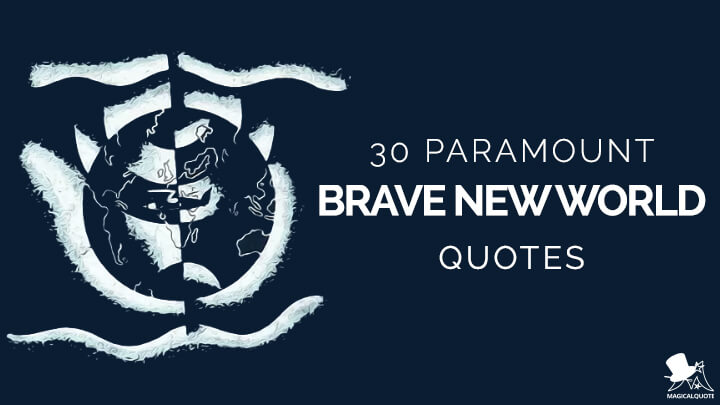 Set in a futuristic World State, the novel follows the lives of a few characters in a society that rests around genetic engineering, psychological manipulation, and classical conditioning.

Despite being frequently banned by libraries and schools, Brave New World influenced many later dystopian novels and the science-fiction genre in general. 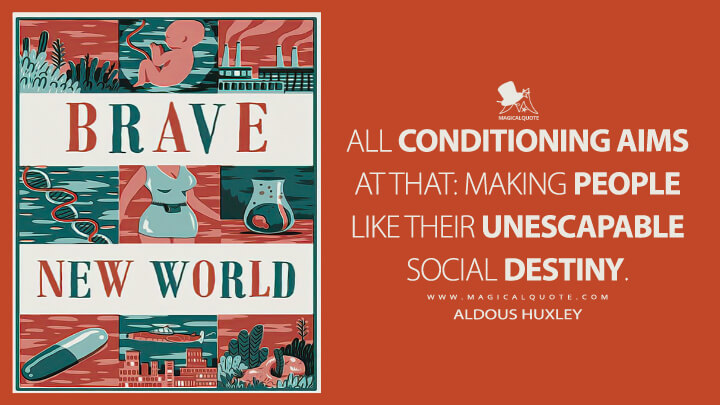 All conditioning aims at that: making people like their unescapable social destiny.Chapter 1 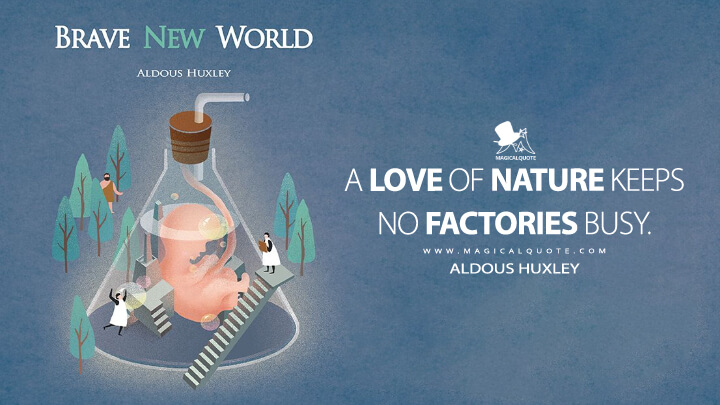 A love of nature keeps no factories busy.Chapter 2 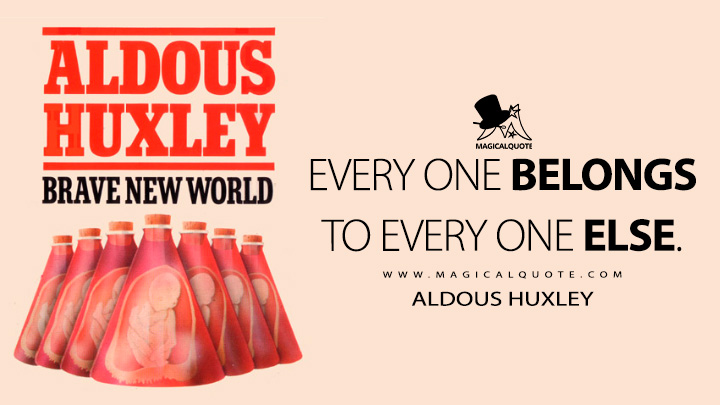 But every one belongs to every one else.Chapter 3 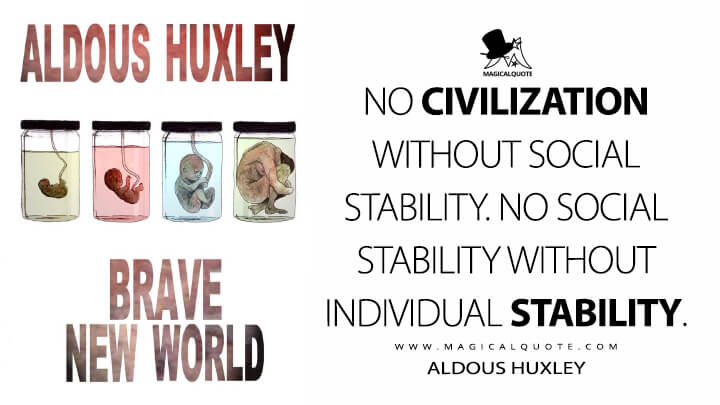 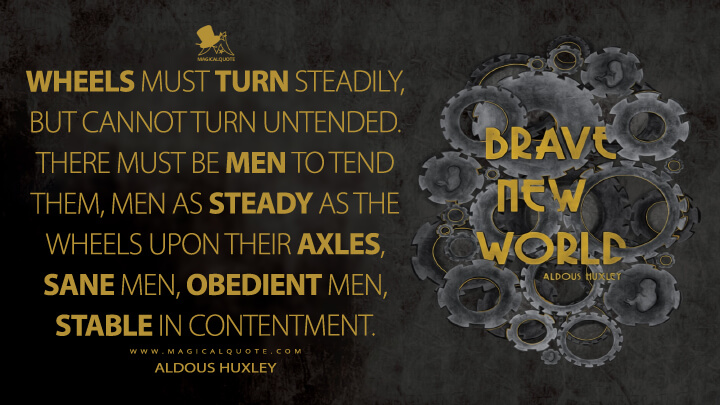 Wheels must turn steadily, but cannot turn untended. There must be men to tend them, men as steady as the wheels upon their axles, sane men, obedient men, stable in contentment.Chapter 3 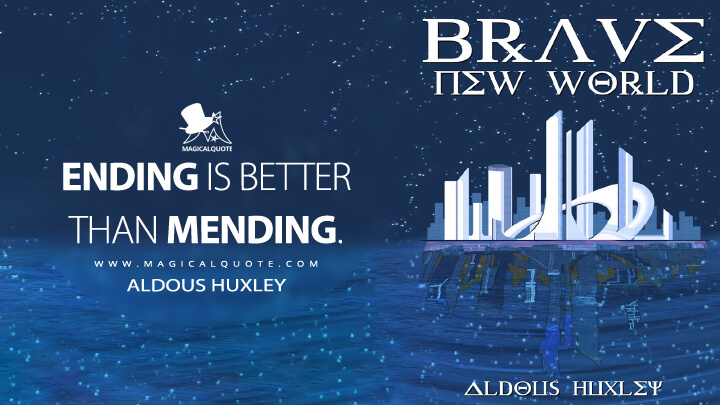 Ending is better than mending.Chapter 3 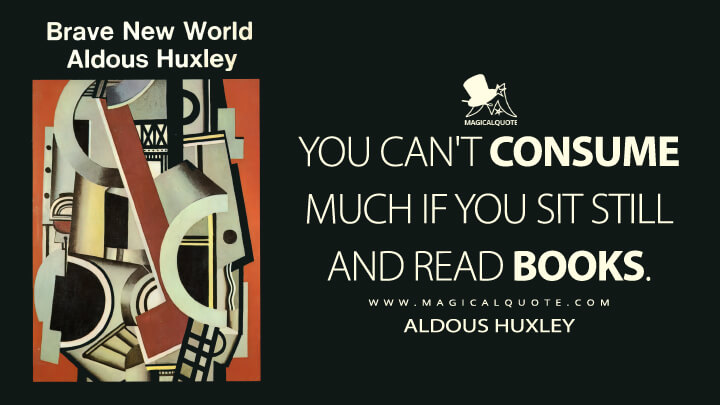 You can’t consume much if you sit still and read books.Chapter 3 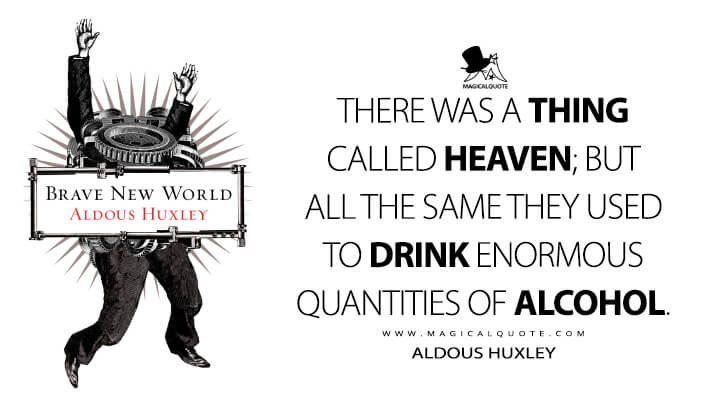 There was a thing called Heaven; but all the same they used to drink enormous quantities of alcohol.Chapter 3 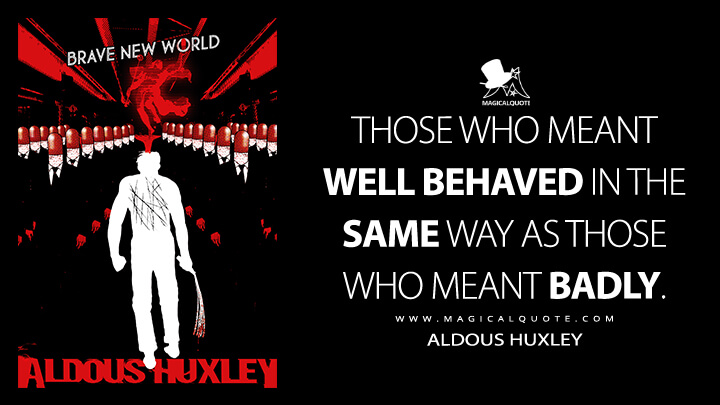 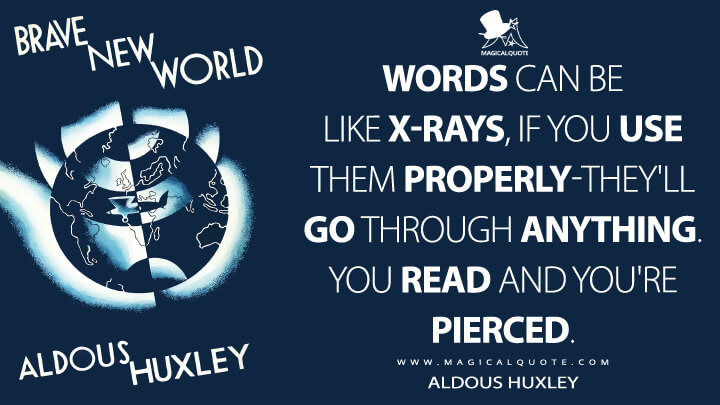 Words can be like X-rays, if you use them properly-they’ll go through anything. You read and you’re pierced.Chapter 4 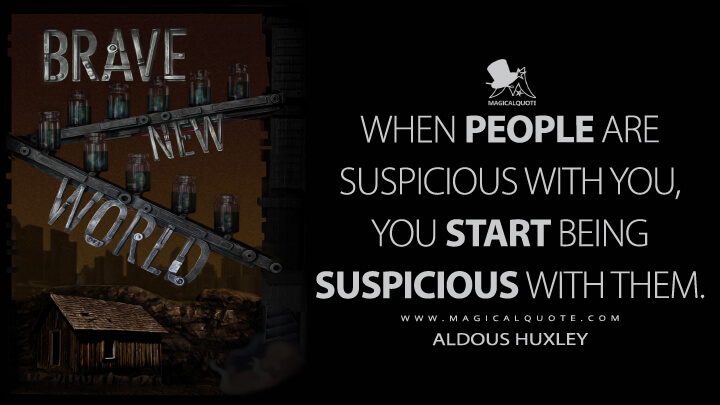 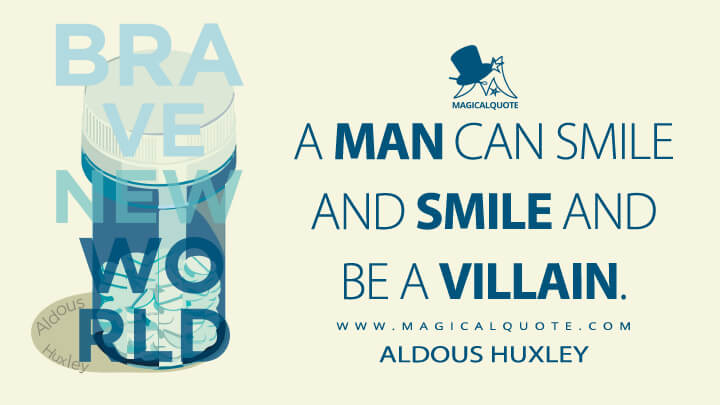 A man can smile and smile and be a villain.Chapter 8 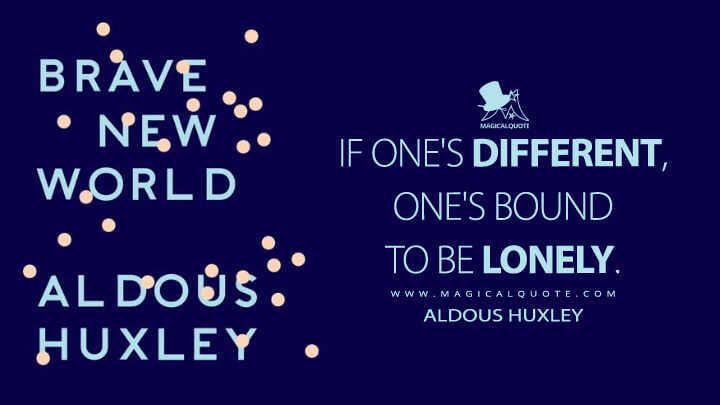 If one’s different, one’s bound to be lonely.Chapter 8

The greater a man’s talents, the greater his power to lead astray.Chapter 10 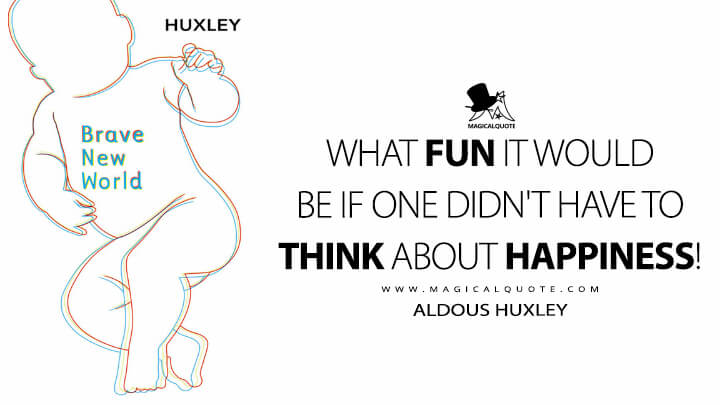 What fun it would be if one didn’t have to think about happiness!Chapter 12 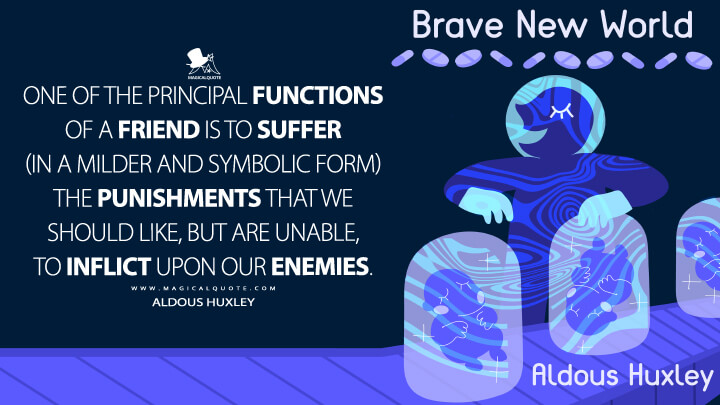 One of the principal functions of a friend is to suffer (in a milder and symbolic form) the punishments that we should like, but are unable, to inflict upon our enemies.Chapter 12 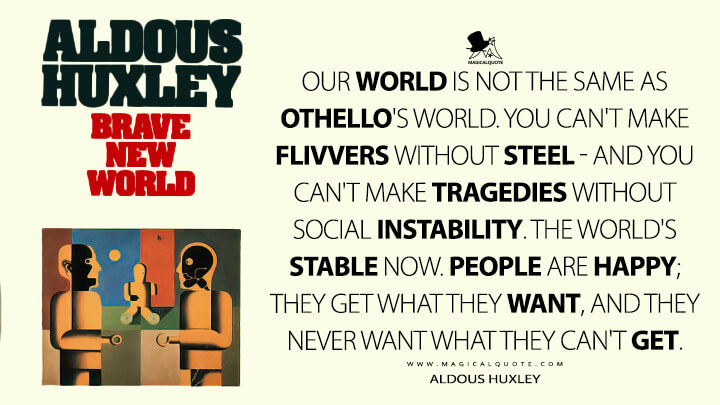 Our world is not the same as Othello’s world. You can’t make flivvers without steel – and you can’t make tragedies without social instability. The world’s stable now. People are happy; they get what they want, and they never want what they can’t get.Chapter 16 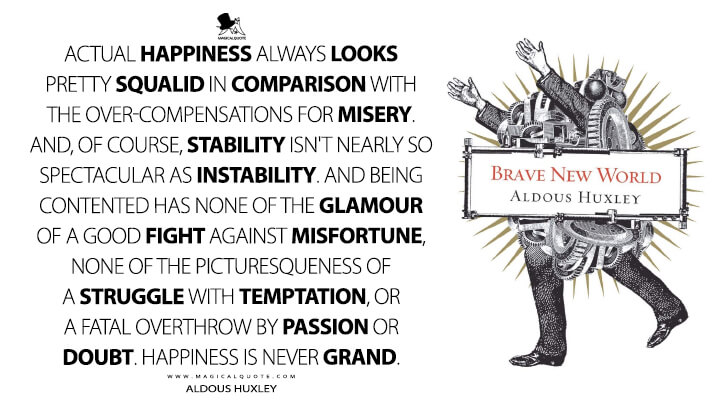 Actual happiness always looks pretty squalid in comparison with the over-compensations for misery. And, of course, stability isn’t nearly so spectacular as instability. And being contented has none of the glamour of a good fight against misfortune, none of the picturesqueness of a struggle with temptation, or a fatal overthrow by passion or doubt. Happiness is never grand.Chapter 16 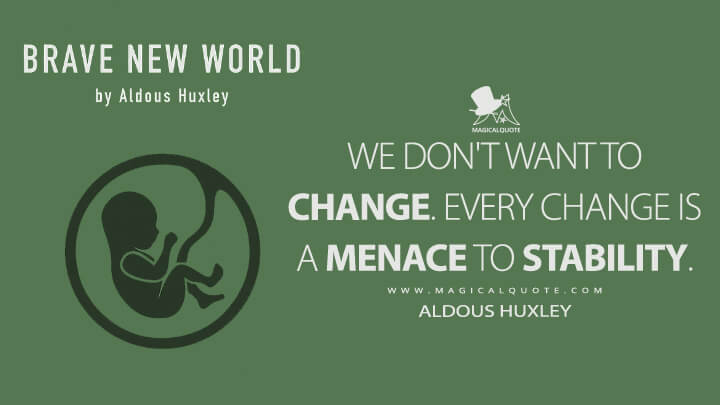 We don’t want to change. Every change is a menace to stability.Chapter 16 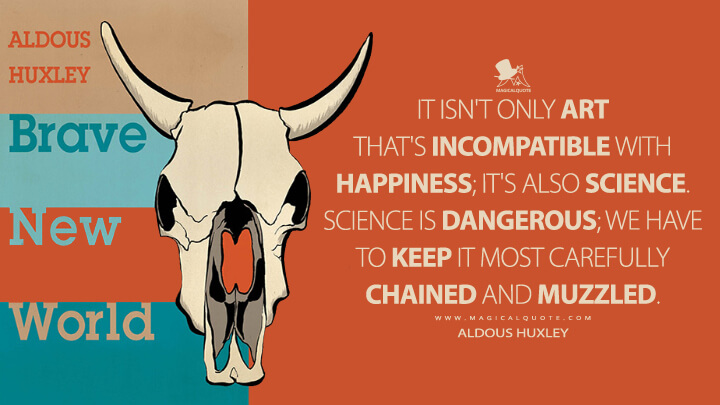 It isn’t only art that’s incompatible with happiness; it’s also science. Science is dangerous; we have to keep it most carefully chained and muzzled.Chapter 16 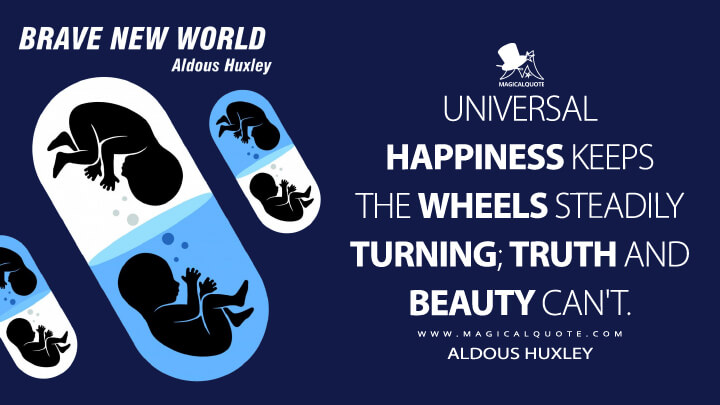 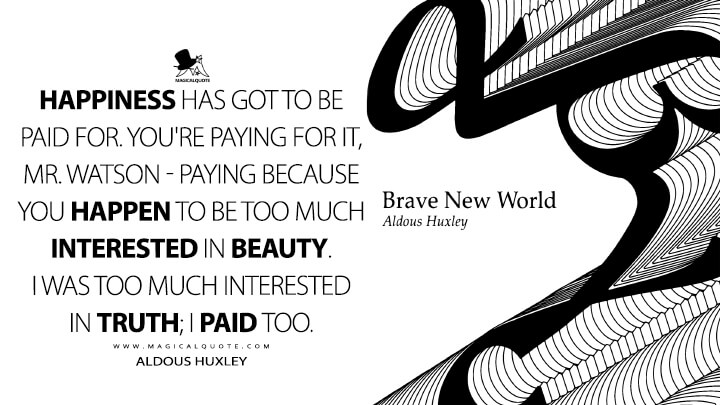 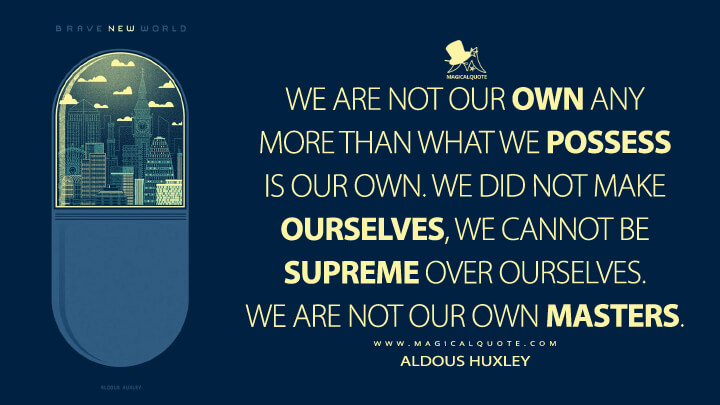 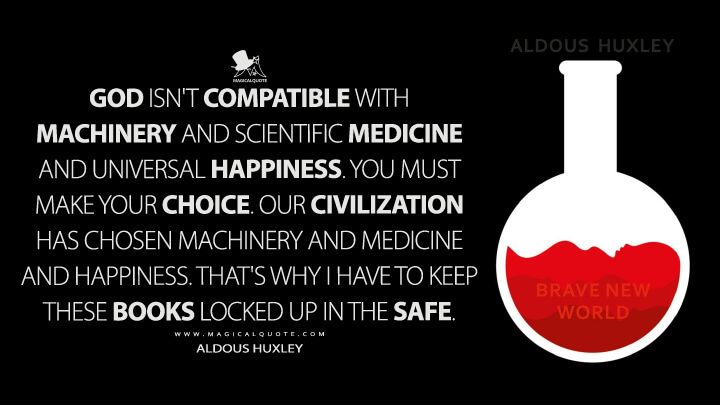 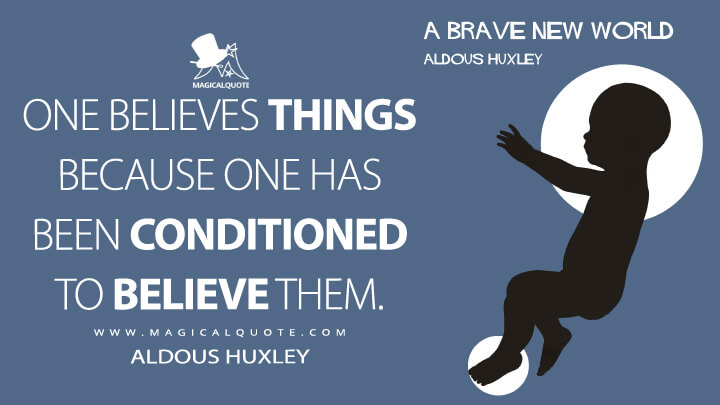 One believes things because one has been conditioned to believe them.Chapter 17 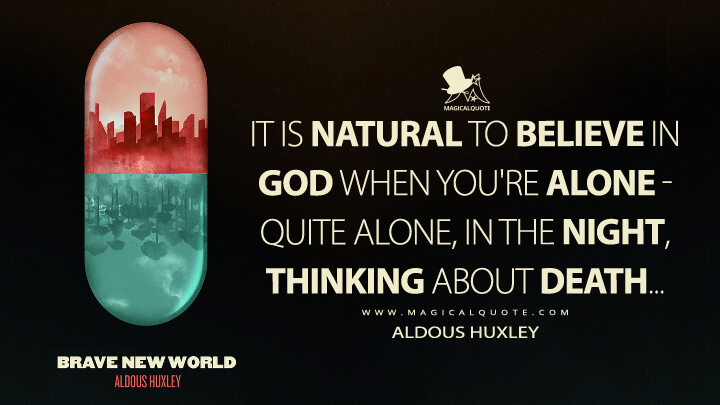 It is natural to believe in God when you’re alone – quite alone, in the night, thinking about death…Chapter 17 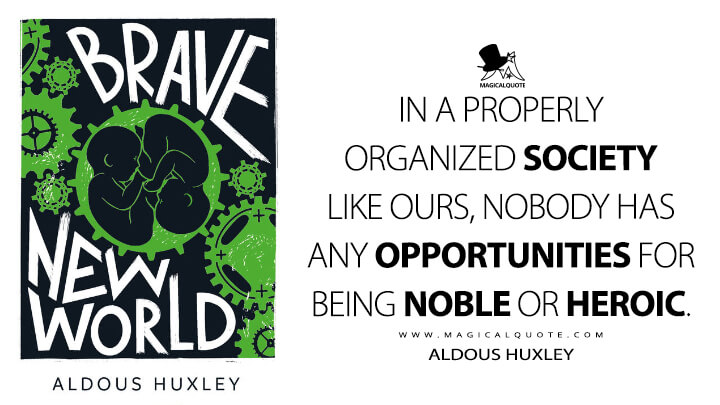 In a properly organized society like ours, nobody has any opportunities for being noble or heroic.Chapter 17 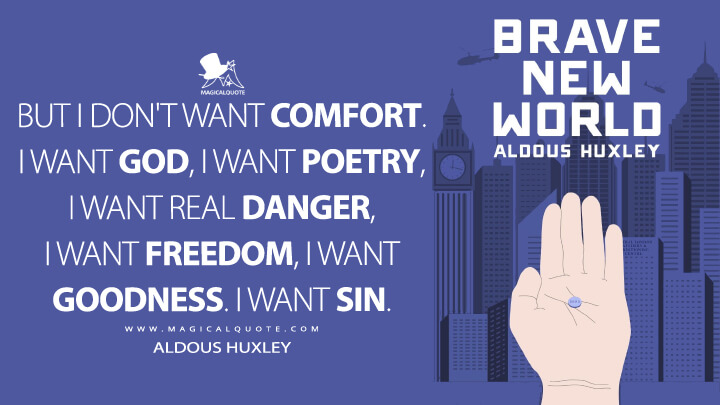 But I don’t want comfort. I want God, I want poetry, I want real danger, I want freedom, I want goodness. I want sin.Chapter 17 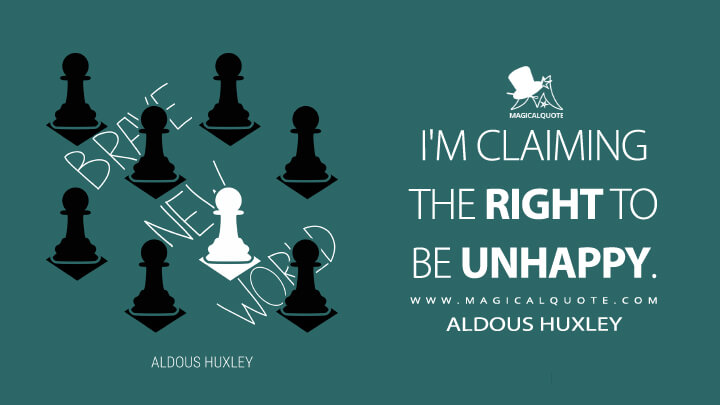 I’m claiming the right to be unhappy.Chapter 17 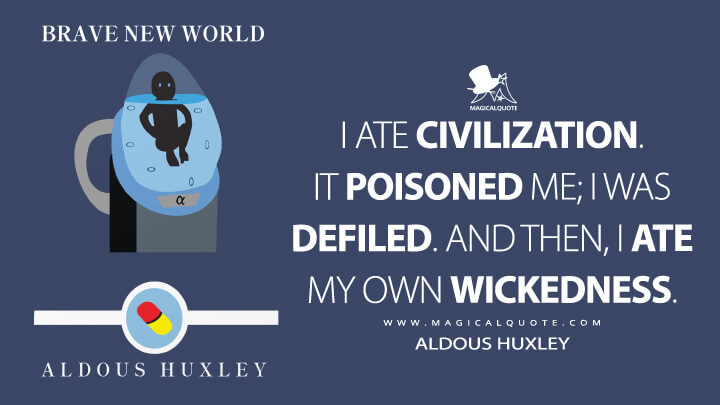 I ate civilization. It poisoned me; I was defiled. And then, I ate my own wickedness.Chapter 18