Lords of the North Quotes 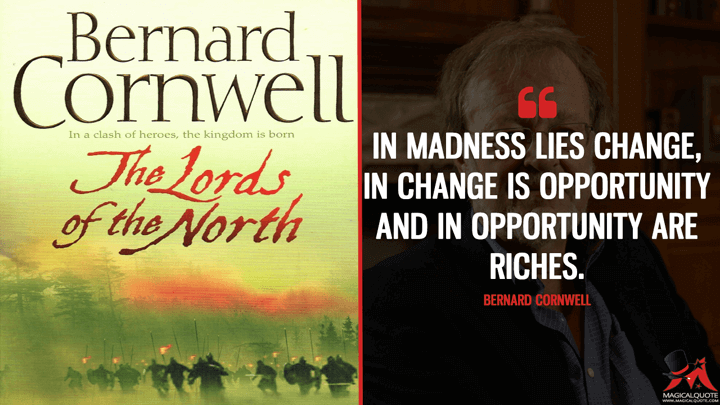 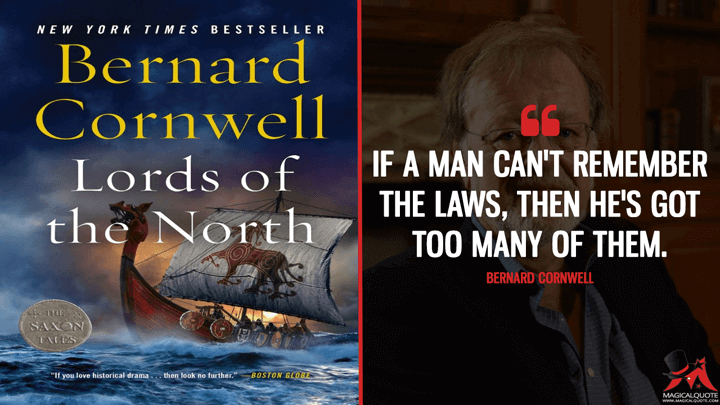 If a man can’t remember the laws, then he’s got too many of them.

I was just twenty-one and my name was known wherever men sharpened swords. I was a warrior. A sword warrior, and I was proud of it.

I am no Christian. These days it does no good to confess that, for the bishops and abbots have too much influence and it is easier to pretend to a faith than to fight angry ideas. I was raised a Christian, but at ten years old, when I was taken into Ragnar’s family, I discovered the old Saxon gods who were also the gods of the Danes and of the Norsemen, and their worship has always made more sense to me than bowing down to a god who belongs to a country so far away that I have met no one who has ever been there. Thor and Odin walked our hills, slept in our valleys, loved our women and drank from our streams, and that makes them seem like neighbours. The other thing I like about our gods is that they are not obsessed with us. They have their own squabbles and love affairs and seem to ignore us much of the time, but the Christian god has nothing better to do than to make rules for He makes rules, more rules, prohibitions and commandments, and he needs hundreds of black-robed priests and monks to make sure we obey those laws. He strikes me as a very grumpy god, that one, even though his priests are forever claiming that he loves us I have never been so stupid as to think that Thor or Odin or Hoder loved me, though I hope at times they have thought me worthy of them.

Find more about Lords of the North on Amazon

Voyager (Outlander #3)The Fiery Cross (Outlander #5)Moby-Dick; or, The WhaleThe Name of the RoseThe Prisoner of HeavenThe Angel's GameA Breath of Snow and Ashes (Outlander #6)BelovedLove in the Time of CholeraThe Great Gatsby