The Most Brilliant Shadow and Bone Quotes 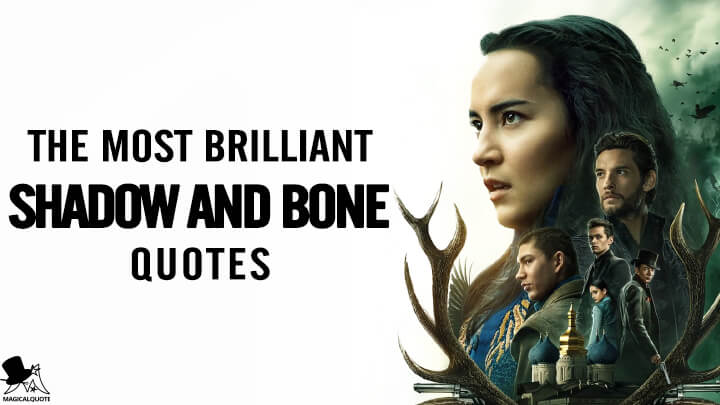 Based on the Grisha trilogy novels, Shadow and Bone is an American fantasy series created for Netflix by Eric Heisserer. 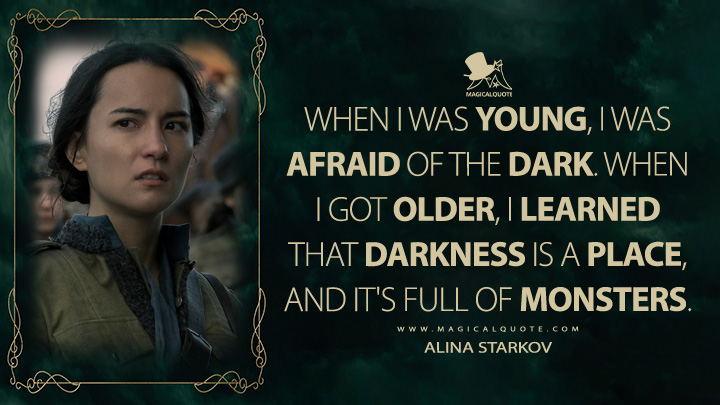 When I was young, I was afraid of the dark. When I got older, I learned that darkness is a place, and it’s full of monsters.Alina Starkov, S1.Ep1: A Searing Burst of Light 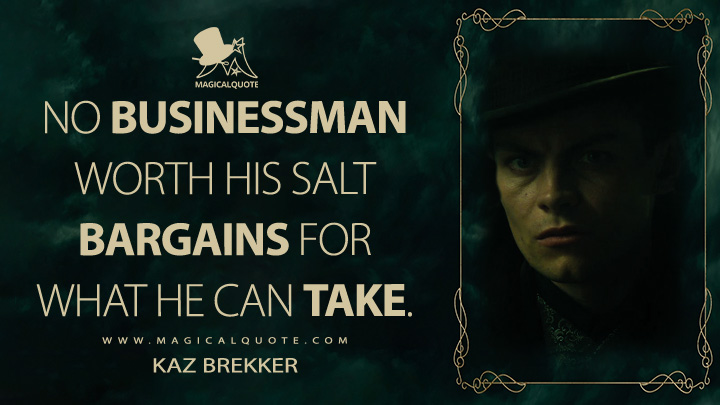 No businessman worth his salt bargains for what he can take.Kaz Brekker, S1.Ep1: A Searing Burst of Light 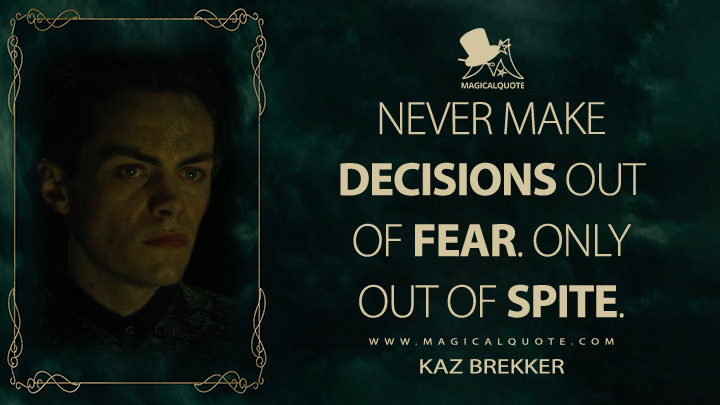 Never make decisions out of fear. Only out of spite.Kaz Brekker, (to Jesper), S1.Ep2: We're All Someone's Monster 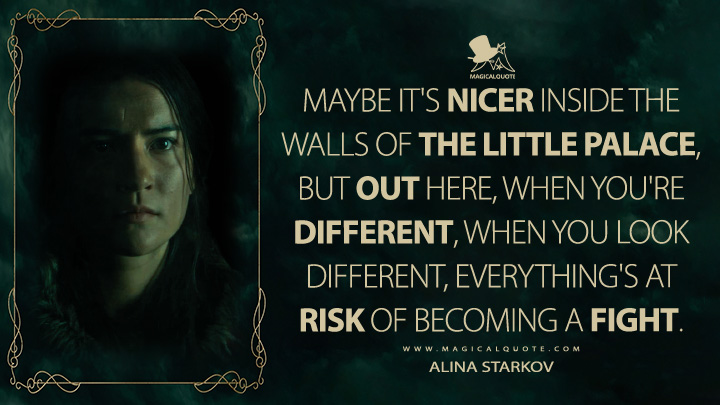 Maybe it’s nicer inside the walls of the Little Palace, but out here, when you’re different, when you look different, everything’s at risk of becoming a fight.Alina Starkov, S1.Ep2: We're All Someone's Monster 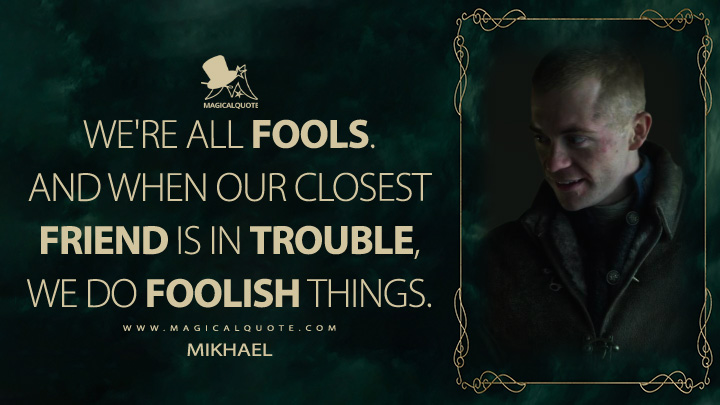 We’re all fools. And when our closest friend is in trouble, we do foolish things.Mikhael, (to Dubrov), S1.Ep2: We're All Someone's Monster 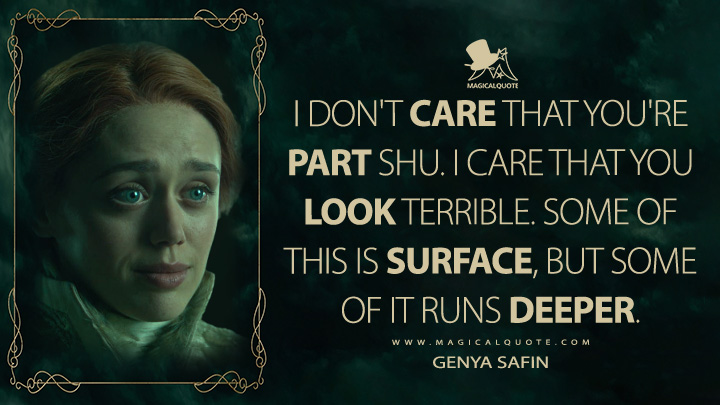 I don’t care that you’re part Shu. I care that you look terrible. Some of this is surface, but some of it runs deeper.Genya Safin, (to Alina), S1.Ep3: The Making at the Heart of the World 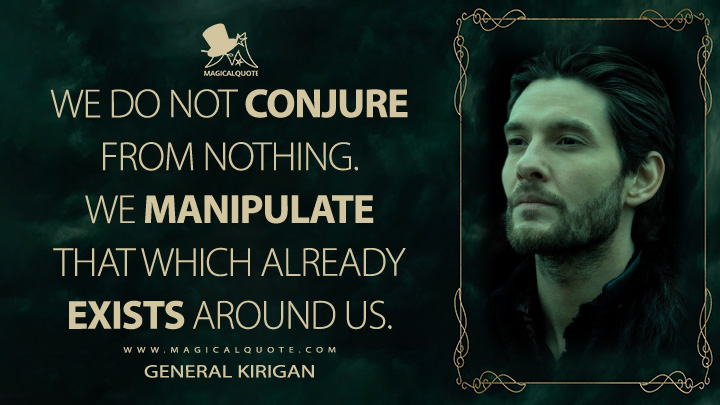 We do not conjure from nothing. We manipulate that which already exists around us.General Kirigan, S1.Ep3: The Making at the Heart of the World 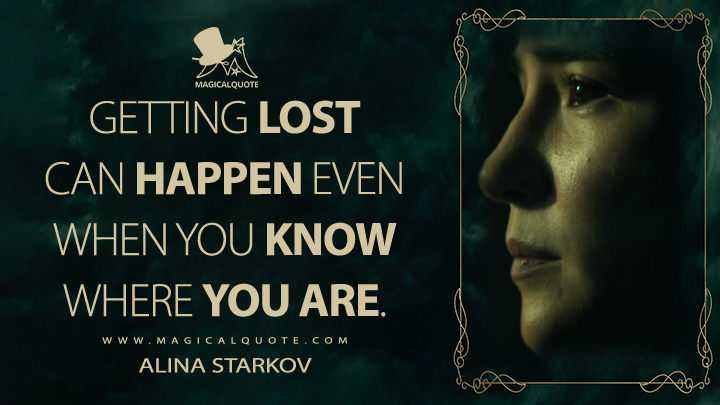 Getting lost can happen even when you know where you are.Alina Starkov, S1.Ep3: The Making at the Heart of the World 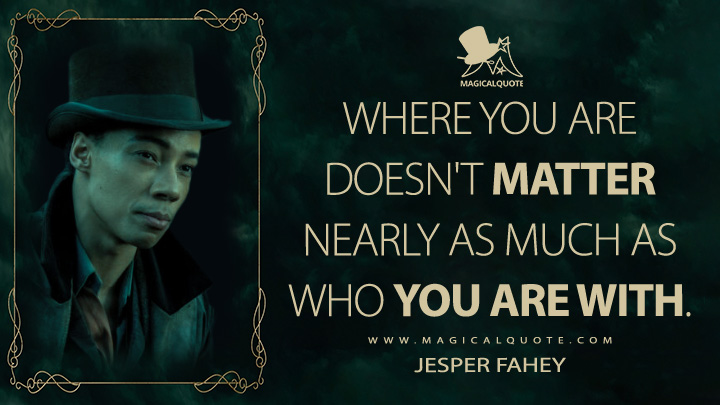 Where you are doesn’t matter nearly as much as who you are with.Jesper Fahey, S1.Ep5: Show Me Who You Are 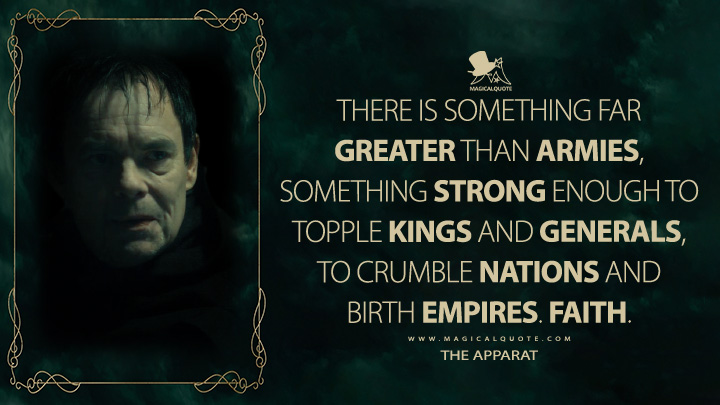 There is something far greater than armies, something strong enough to topple kings and generals, to crumble nations and birth empires. Faith.The Apparat, (to Alina), S1.Ep5: Show Me Who You Are 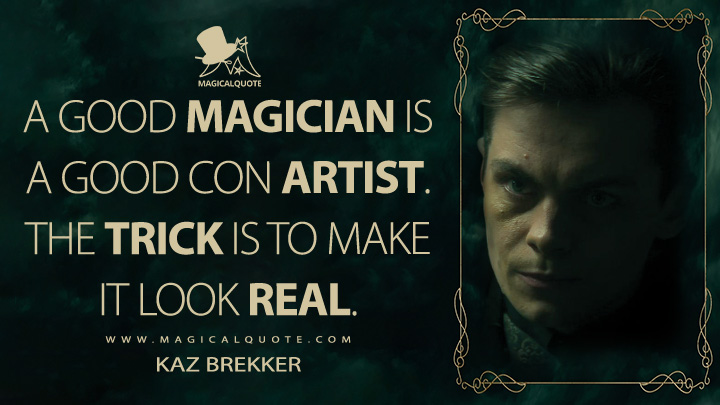 A good magician is a good con artist. The trick is to make it look real.Kaz Brekker, S1.Ep6: The Heart Is an Arrow 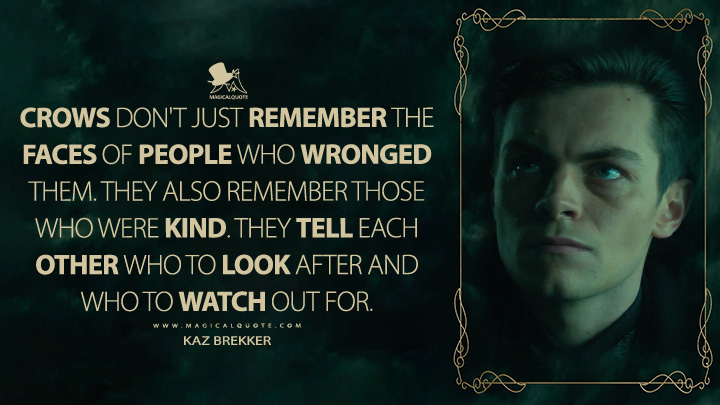 Crows don’t just remember the faces of people who wronged them. They also remember those who were kind. They tell each other who to look after and who to watch out for.Kaz Brekker, S1.Ep7: The Unsea 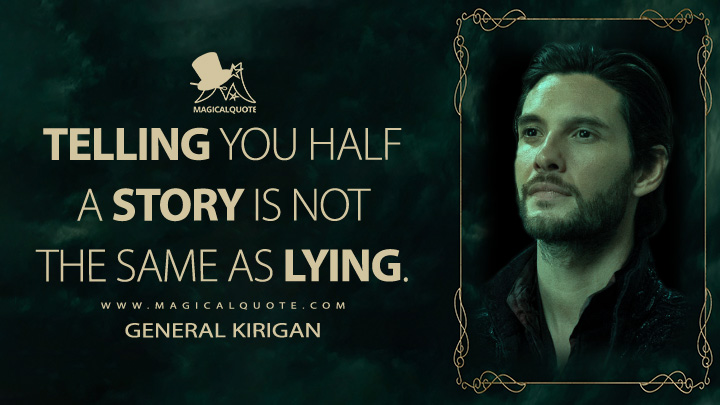 Telling you half a story is not the same as lying.General Kirigan, S1.Ep7: The Unsea 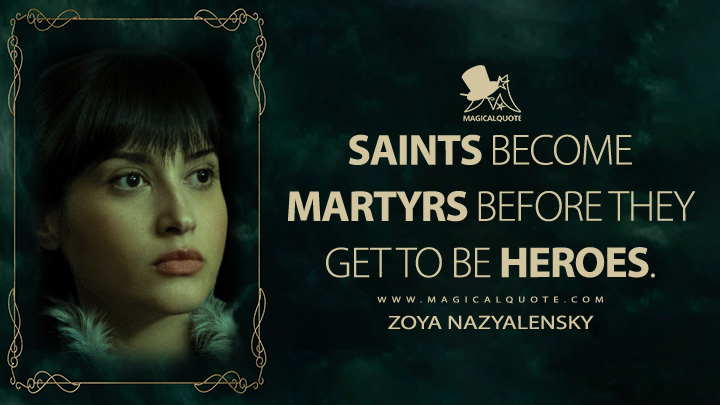 Saints become martyrs before they get to be heroes.Zoya Nazyalensky, (to Alina), S1.Ep8: No Mourners 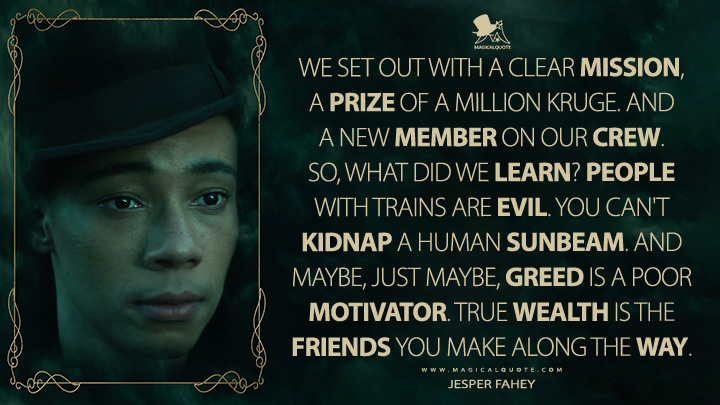 We set out with a clear mission, a prize of a million kruge. And a new member on our crew. So, what did we learn? People with trains are evil. You can’t kidnap a human sunbeam. And maybe, just maybe, greed is a poor motivator. True wealth is the friends you make along the way.Jesper Fahey, S1.Ep8: No Mourners