This game has got to be about more than winning. You’re part of something here. Lombardi, Tittle, Sammy Baugh, Unitas, hundreds of great players, those men on the wall. You’re part of that now, along the way, I want you to cherish it because when it’s gone, it’s gone forever.

You’re a goddamn quarterback! You know what that means?! It’s the top spot, kid. It’s the guy takes the fall. It’s the guy everybody’s looking at first, the leader of a team. Who will support you when they understand you. Who will break their ribs and their noses and their necks for you, because they believe. Because you make them believe. That’s a quarterback. 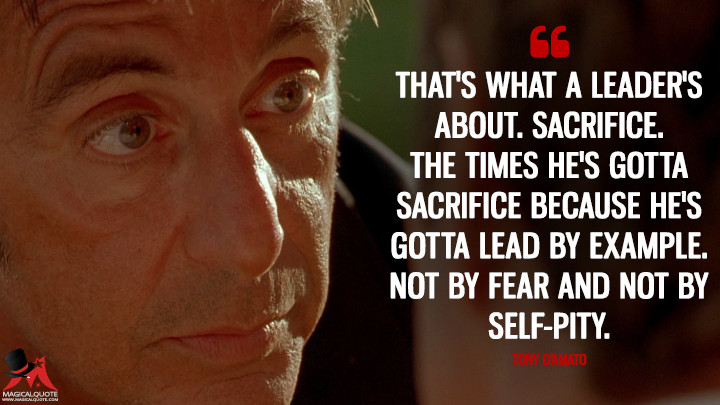 That’s what a leader’s about. Sacrifice. The times he’s gotta sacrifice because he’s gotta lead by example. Not by fear and not by self-pity. 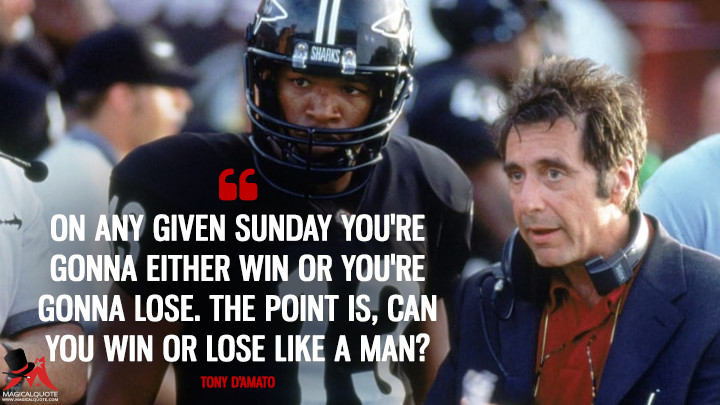 On any given Sunday you’re gonna either win or you’re gonna lose. The point is, can you win or lose like a man?

It’s TV. Changed everything. Changed the way we think forever. I mean, the first time they stopped the game to cut away to a f*****g commercial, that was the end of it. Because it was our concentration that mattered, not theirs. Not some fruitcake selling cereal.