People always mean well. They cluck their thick tongues and shake their heads and suggest, oh, so very delicately!

I think I must have one of those faces you just can’t help believing.[to Milton] 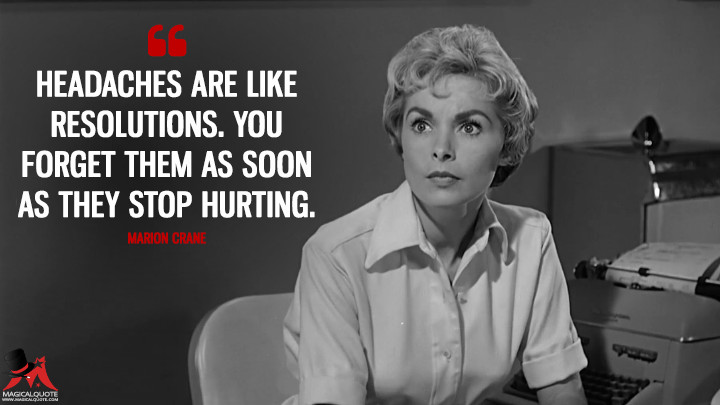 Headaches are like resolutions. You forget them as soon as they stop hurting.

1
Find more about Psycho on Amazon 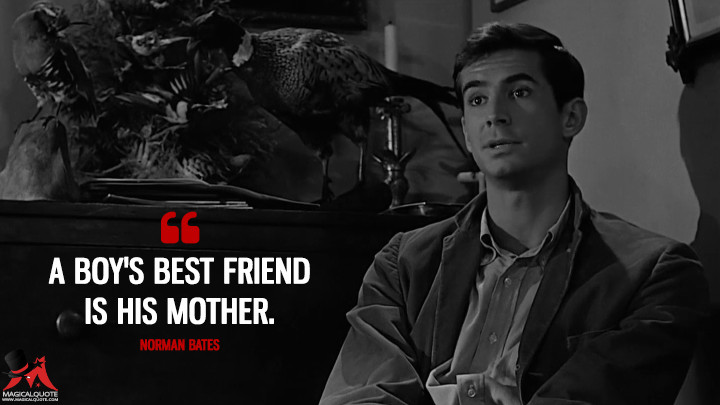 A boy’s best friend is his mother. 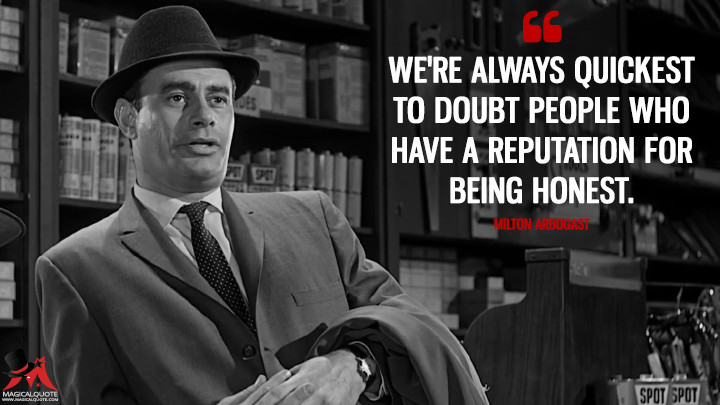 We’re always quickest to doubt people who have a reputation for being honest.

We’re all in our private traps, clamped in them, and none of us can ever get out. We scratch and claw, but only at the air, only at each other. And for all of it, we never budge an inch. 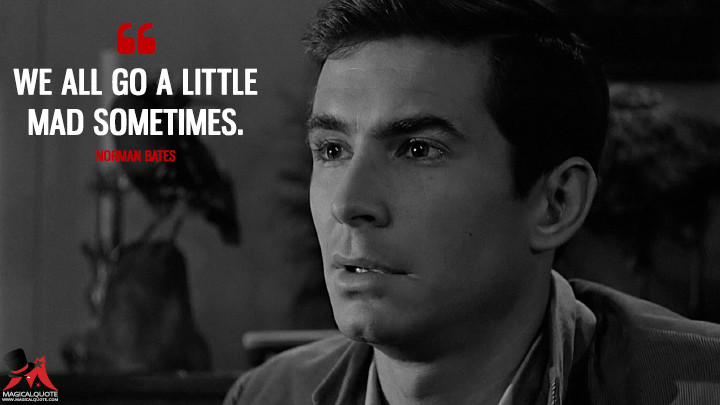 We all go a little mad sometimes.

Someone has seen her. Someone always sees a girl with $40,000.[about Marion]

She might have fooled me, but she didn’t fool my mother.[to Milton, about Marion]

People never run away from anything.

It’s sad when a mother has to speak the words that condemn her own son, but I couldn’t allow them to believe that I would commit murder. They’ll put him away now, as I should have years ago. He was always bad, and in the end he intended to tell them I killed those girls and that man, as if I could do anything except just sit and stare, like one of his stuffed birds. They know I can’t even move a finger, and I won’t. I’ll just sit here and be quiet, just in case they do suspect me. They’re probably watching me. Well, let them. Let them see what kind of a person I am. I’m not even gonna swat that fly. I hope they are watching. They’ll see. They’ll see and they’ll know, and they’ll say, “Why, she wouldn’t even harm a fly.”[voiceover in police custody, as Norman is thinking]