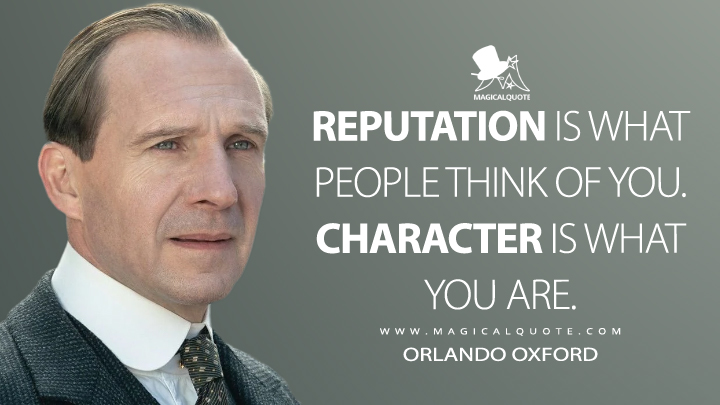 Reputation is what people think of you. Character is what you are.

It would be bad form to ask a man to do something that I wouldn’t do myself.

This war has made me realize that we cannot rely on politicians to do their job properly. So, I decided that we should do something about it. 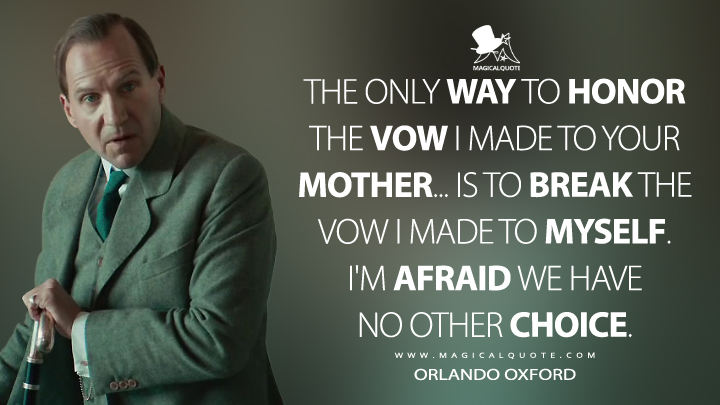 1
Find more about The King's Man on Amazon 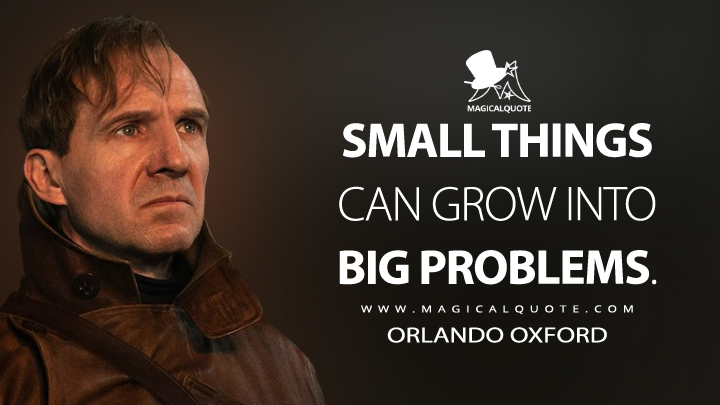 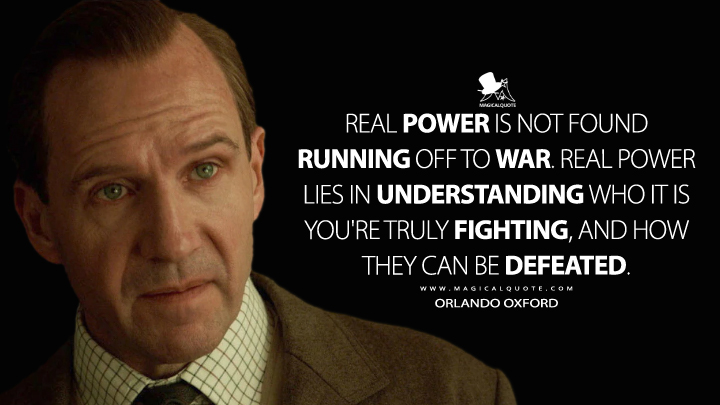 Real power is not found running off to war. Real power lies in understanding who it is you’re truly fighting, and how they can be defeated.[trailer] 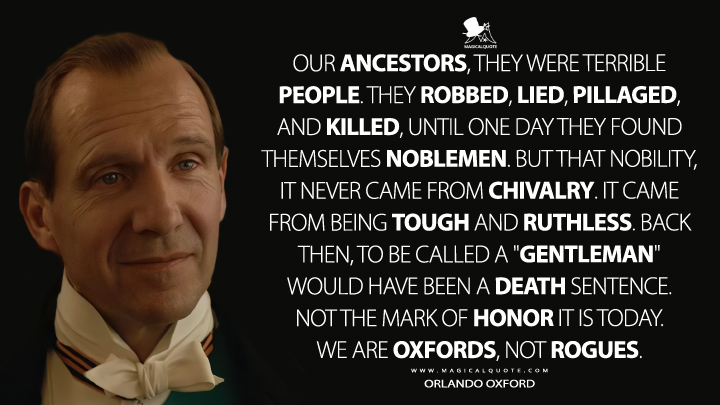 Our ancestors, they were terrible people. They robbed, lied, pillaged, and killed, until one day they found themselves noblemen. But that nobility, it never came from chivalry. It came from being tough and ruthless. Back then, to be called a “gentleman” would have been a death sentence. Not the mark of honor it is today. We are Oxfords, not rogues.[to Conrad]

I’ll play by your rules when you play by mine.[to Orlando] 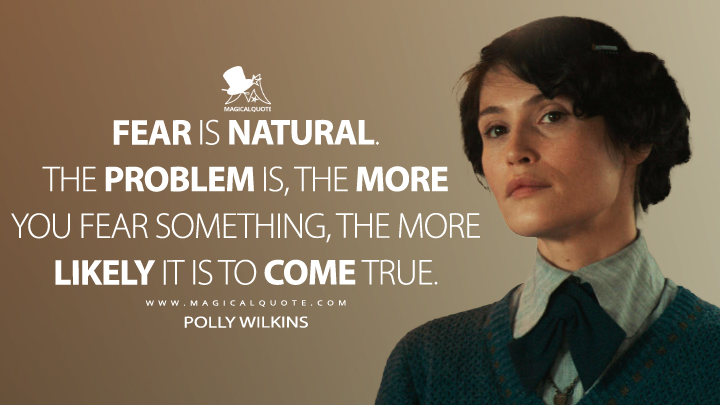 Fear is natural. The problem is, the more you fear something, the more likely it is to come true.

A gentleman does not hide in the shadows.

You think you know what the world is like, but the truth is, you’re just a boy who has no idea what men are capable of.[to Conrad]

Why is it that boys are always so messy?