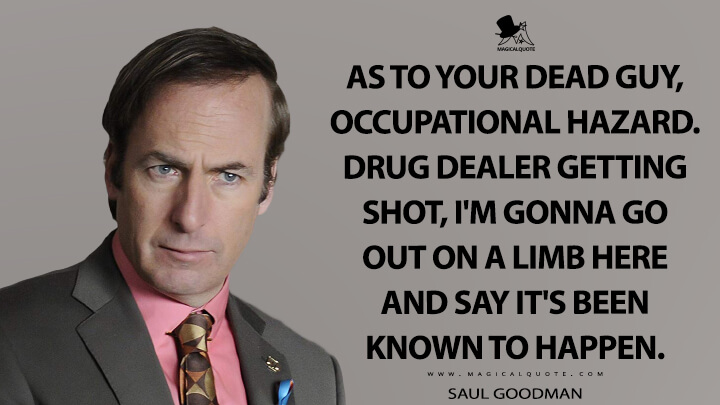 As to your dead guy, occupational hazard. Drug dealer getting shot, I’m gonna go out on a limb here and say it’s been known to happen.

Do Some Magic!
Find more about Breaking Bad on Amazon

Appearances, Gomie. It’s all about appearances.

All right, let’s talk about Gale Boetticher. He was a good man and a good chemist and I cared about him. He didn’t deserve what happened to him. He didn’t deserve it at all. But I’d shoot him again tomorrow and the next day and the day after that. When you make it Gale versus me, or Gale versus Jesse, Gale loses, simple as that. This is on you, Gus, not me, not Jesse. Gale’s death is on you. I mean, really, what did you expect me to do just simply roll over and allow you to murder us? That I wouldn’t take measures, extreme measures to defend myself? Wrong! Think again.