The Most Impressive Quotes by Vincent van Gogh 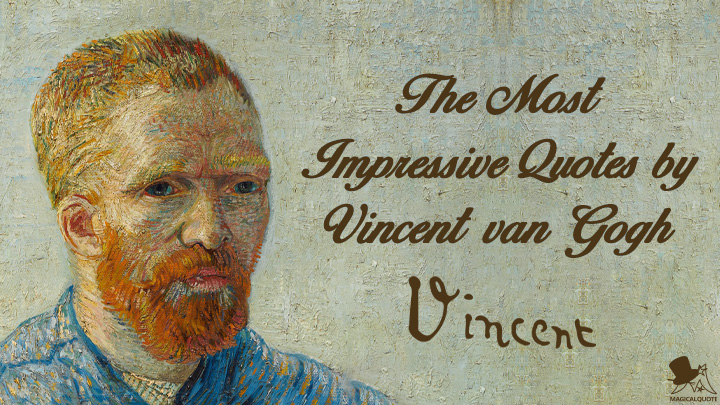 Vincent Willem van Gogh was born on 30 March, 1853 in Zundert, Netherlands. Van Gogh is considered one of the greatest Dutch painters together with Rembrandt. He was a Post-Impressionist painter whose work has had an enormous and far-reaching influence on 20th century.

Van Gogh began painting in the late twenties. In Belgium, he began to sketch people from the local community. His first serious painting was The Potato Eaters, painted in 1885. In 1886, he moved to Paris, where he discovered the French Impressionists. The full potential and unique style has achieved during his stay in Arles in 1888. After many years of struggling with mental illness, Van Gogh died in the arms of his brother from self-inflicted gunshot wound. He was 37 years old.

In a very short time, Van Gogh completed more than 2,100 works, consisting of oil paintings, watercolors, drawings and sketches. Several of his paintings like Irises and Portrait of Dr. Gachet rank among the most expensive in the world.

Although he is known as one of the greatest painters in the world, he was poor and unknown during his lifetime.