We have found that our great philosophers and our great men of action are optimists. So, too, our most potent men of letters have been optimists in their books and in their lives. No pessimist ever won an audience commensurately wide with his genius, and many optimistic writers have been read and admired out of all measure to their talents, simply because they wrote of the sunlit side of life.

These are the soul’s changes. I don’t believe in ageing. I believe in forever altering one’s aspect to the sun. Hence my optimism. 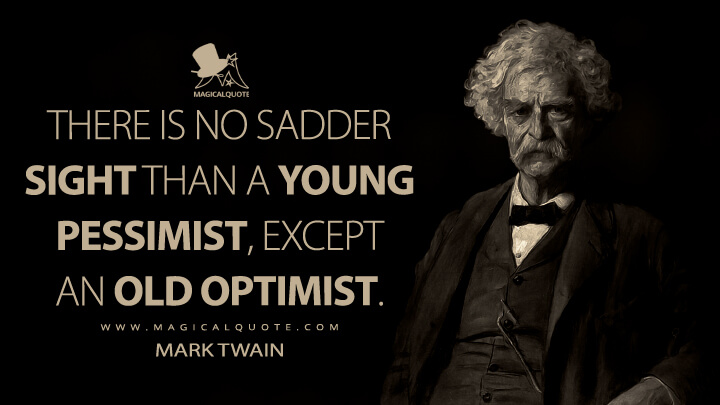 There is no sadder sight than a young pessimist, except an old optimist.

The test of all beliefs is their practical effect in life. If it be true that optimism compels the world forward, and pessimism retards it, then it is dangerous to propagate a pessimistic philosophy.

Optimism, then, is a fact within my own heart. But as I look out upon life, my heart meets no contradiction. The outward world justifies my inward universe of good. 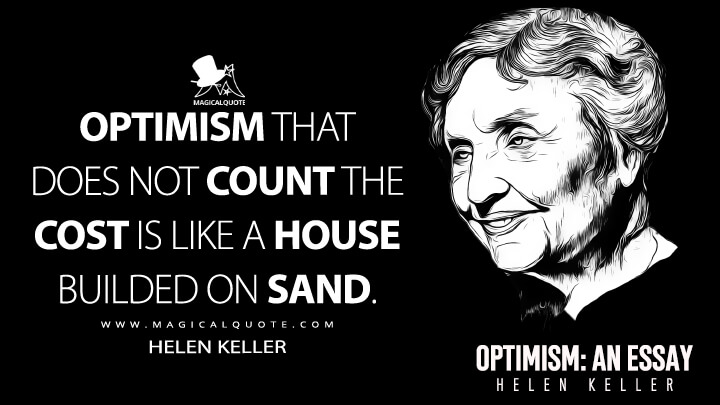 Optimism that does not count the cost is like a house builded on sand. 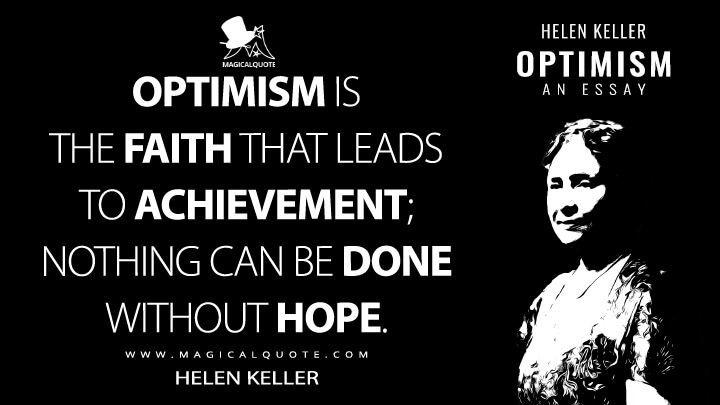 Optimism is the faith that leads to achievement; nothing can be done without hope.

Optimism is the content of small men in high places.

My optimism is grounded in two worlds, myself and what is about me. I demant that the world be good, and lo, it obeys. I proclaim the world good, and facts range themselves to prove my proclamation overwhelmingly true. 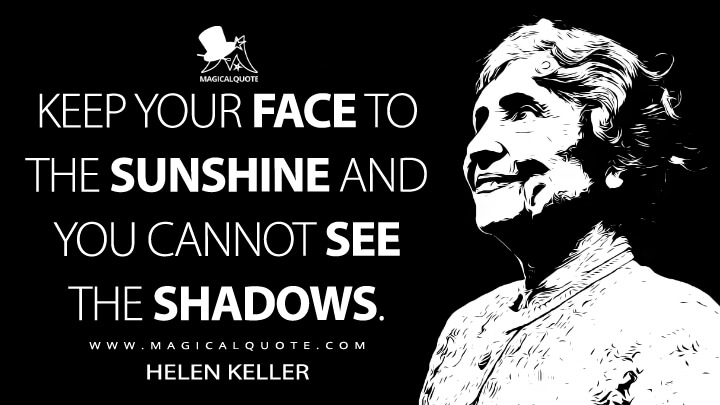 Keep your face to the sunshine and you cannot see the shadows.

I wouldn’t say I’m pessimistic or optimistic. I’m more realistic, I guess. But not cynical. I look. I watch.