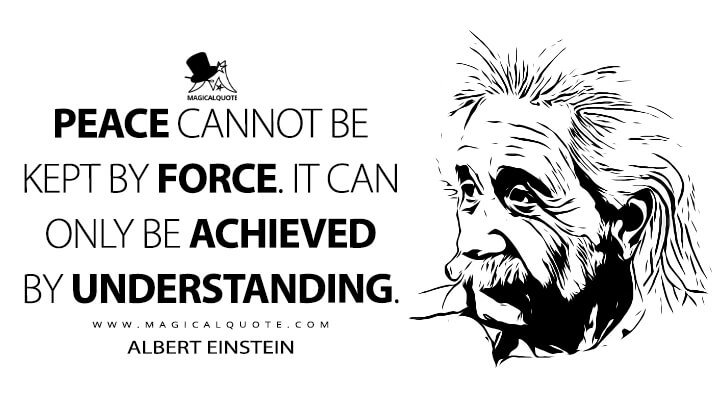 Peace cannot be kept by force. It can only be achieved by understanding.

I am utterly convinced that Science and Peace will triumph over Ignorance and War, that nations will eventually unite not to destroy but to edify, and that the future will belong to those who have done the most for the sake of suffering humanity. 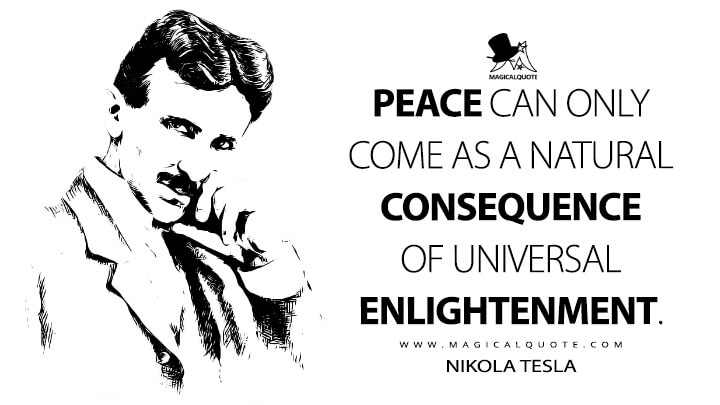 Peace can only come as a natural consequence of universal enlightenment.

On all the peaks lies peace. 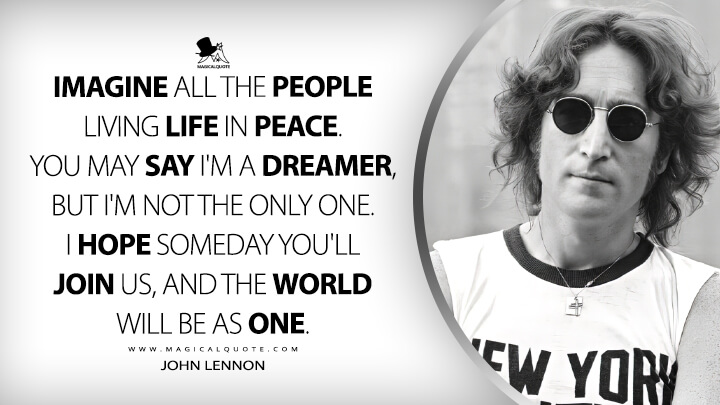 Imagine all the people living life in peace. You may say I’m a dreamer, but I’m not the only one. I hope someday you’ll join us, and the world will be as one. 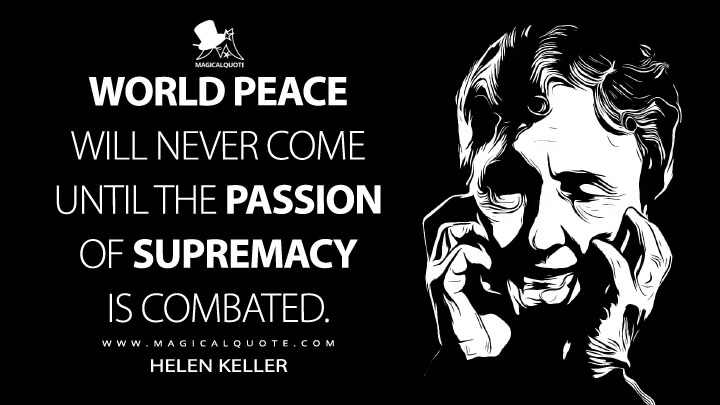 World peace will never come until the passion of supremacy is combated.

We’re trying to sell peace, like a product, you know, and sell it like people sell soap or soft drinks. And it’s the only way to get people aware that peace is possible, and it isn’t just inevitable to have violence. Not just war – all forms of violence. People just accept it and think ‘Oh, they did it, or Harold Wilson did it, or Nixon did it,’ they’re always scapegoating people. And it isn’t Nixon’s fault. We’re all responsible for everything that goes on, you know, we’re all responsible for Biafra and Hitler and everything. So we’re just saying “SELL PEACE” – anybody interested in peace just stick it in the window. It’s simple but it lets somebody else know that you want peace too, because you feel alone if you’re the only one thinking ‘wouldn’t it be nice if there was peace and nobody was getting killed.’ So advertise yourself that you’re for peace if you believe in it.

War is only a cowardly escape from the problems of peace.

This is a time for action—not for war, but for mobilization of every bit of peace machinery.

There never was a good War, or a bad Peace.