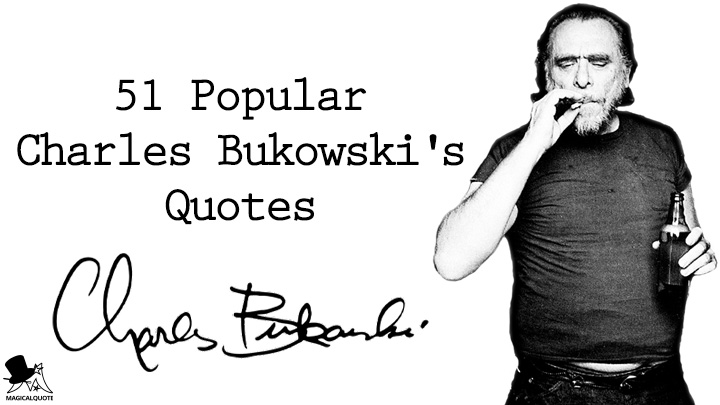 For those who believe in God, most of the big questions are answered. But for those of us who can’t readily accept the God formula, the big answers don’t remain stone-written. We adjust to new conditions and discoveries. We are pliable. Love need not be a command nor faith a dictum. I am my own god. We are here to unlearn the teachings of the church, state, and our educational system. We are here to drink beer. We are here to kill war. We are here to laugh at the odds and live our lives so well that Death will tremble to take us. – Life Magazine, 1988

Henry Charles Bukowski is one of the few writers who was underestimated and overestimated at the same time. Born in Germany, this American author mostly wrote under the influence of the environment of his city, Los Angeles. His writing was inspired by a variety of themes from art to death, among other things, including alcohol, women, and hard work. He often knew to openly share his views and thoughts on his unusual way.

His openness in the works that he wrote was constantly criticized, but criticism is not bypassed nor his way of living, particularly his fondness for alcohol. However, his work, which consisted of six novels and countless smaller pieces, never attracted great attention of academic critics.

Read on to find out what Bukowski thought about various themes from his most well-known quotes.