A Portrait of the Artist as a Young Man Quotes 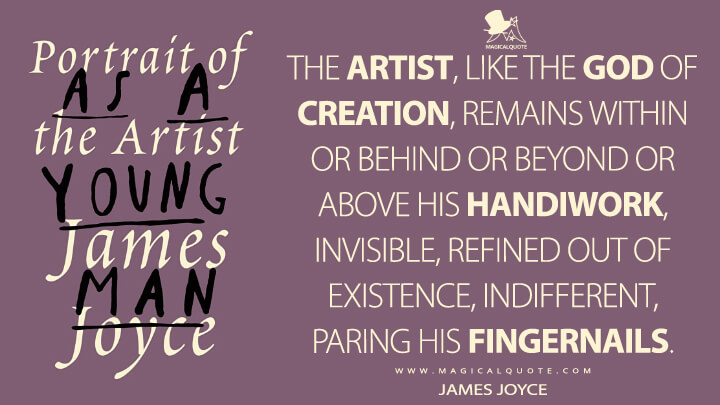 The artist, like the God of creation, remains within or behind or beyond or above his handiwork, invisible, refined out of existence, indifferent, paring his fingernails. 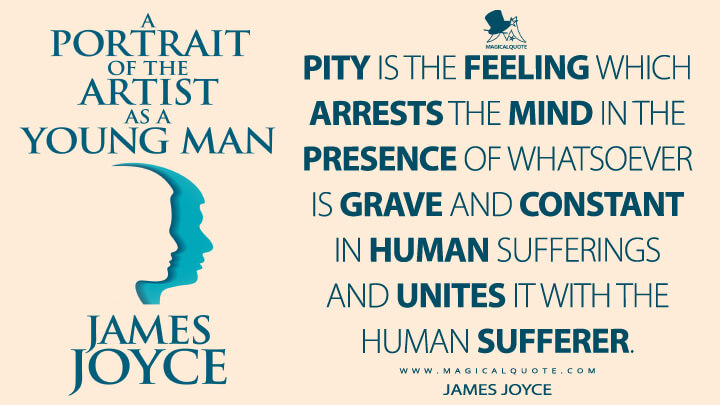 Pity is the feeling which arrests the mind in the presence of whatsoever is grave and constant in human sufferings and unites it with the human sufferer.

O, dread and dire word. Eternity! What mind of man can understand it?

No God for Ireland! he cried. We have had too much God in Ireland. Away with God!

Ireland is the old sow that eats her farrow. 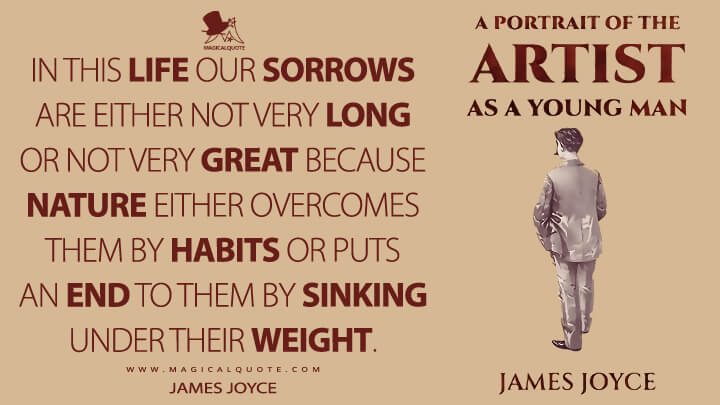 In this life our sorrows are either not very long or not very great because nature either overcomes them by habits or puts an end to them by sinking under their weight.

Imagine some foul and putrid corpse that has lain rotting and decomposing in the grave, a jellylike mass of liquid corruption. Imagine such a corpse a prey to flames, devoured by the fire of burning brimstone and giving off dense choking fumes of nauseous loathsome decomposition. And then imagine this sickening stench, multiplied a millionfold and a millionfold again from the millions upon millions of fetid carcasses massed together in the reeking darkness, a huge and rotting human fungus. Imagine all this, and you will have some idea of the horror of the stench of hell. 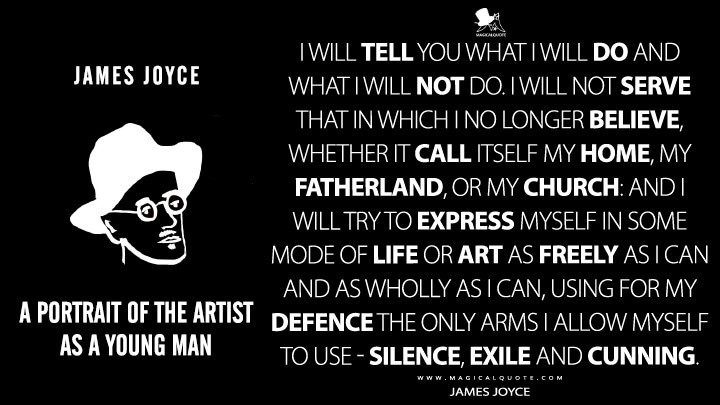 I will tell you what I will do and what I will not do. I will not serve that in which I no longer believe, whether it call itself my home, my fatherland, or my church: and I will try to express myself in some mode of life or art as freely as I can and as wholly as I can, using for my defence the only arms I allow myself to use – silence, exile and cunning.

I desire to press in my arms the loveliness which has not yet come into the world.

His heart danced upon her movements like a cork upon a tide. He heard what her eyes said to him from beneath their cowl and knew that in some dim past, whether in life or reverie, he had heard their tale before. 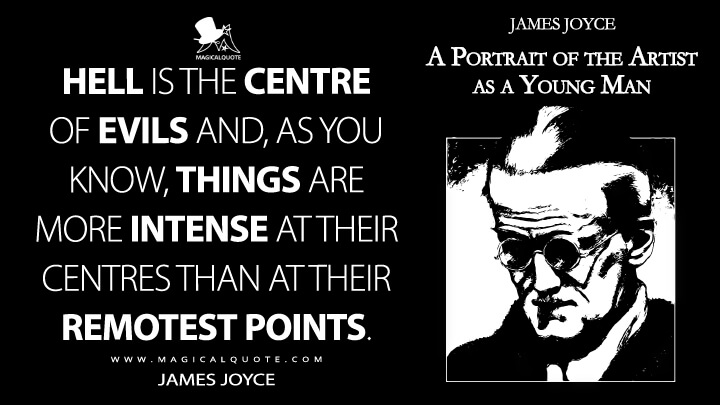 Hell is the centre of evils and, as you know, things are more intense at their centres than at their remotest points. 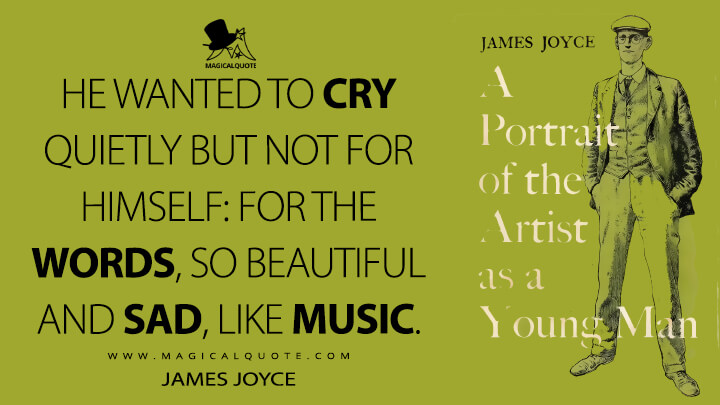 He wanted to cry quietly but not for himself: for the words, so beautiful and sad, like music.