Unreal City, under the brown fog of a winter dawn, a crowd flowed over London Bridge, so many, I had not thought death had undone so many. Sighs, short and infrequent, were exhaled, and each man fixed his eyes before his feet. Flowed up the hill and down King William Street, to where Saint Mary Woolnoth kept the hours with a dead sound on the final stroke of nine. 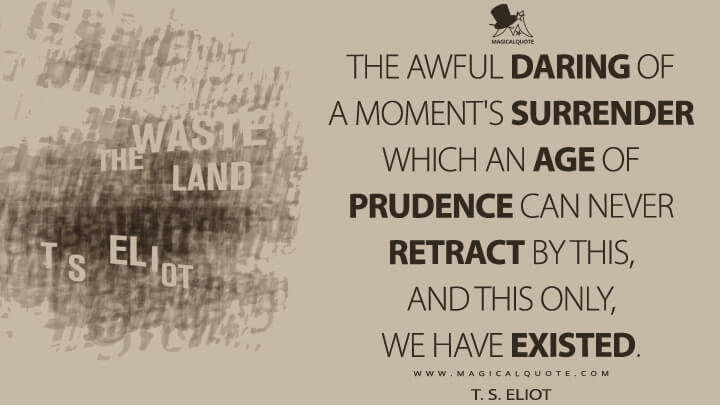 The awful daring of a moment’s surrender which an age of prudence can never retract by this, and this only, we have existed. 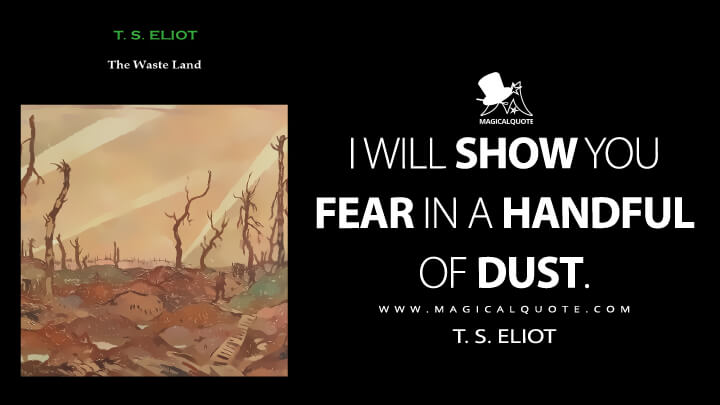 I will show you fear in a handful of dust.

Do Some Magic!
Find more about The Waste Land on Amazon 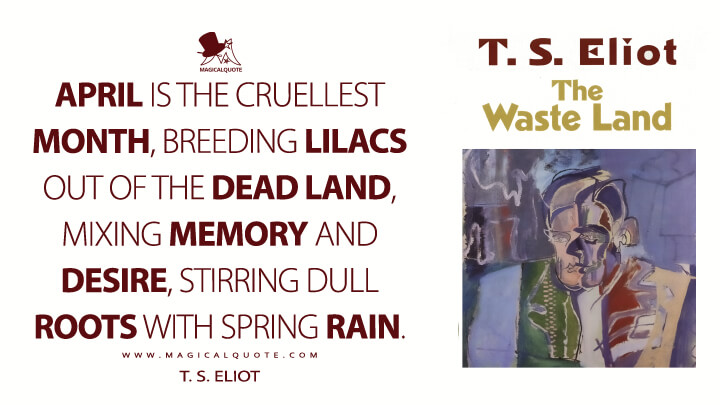 April is the cruellest month, breeding lilacs out of the dead land, mixing memory and desire, stirring dull roots with spring rain.