The Most Interesting Quotes by Elvis Presley 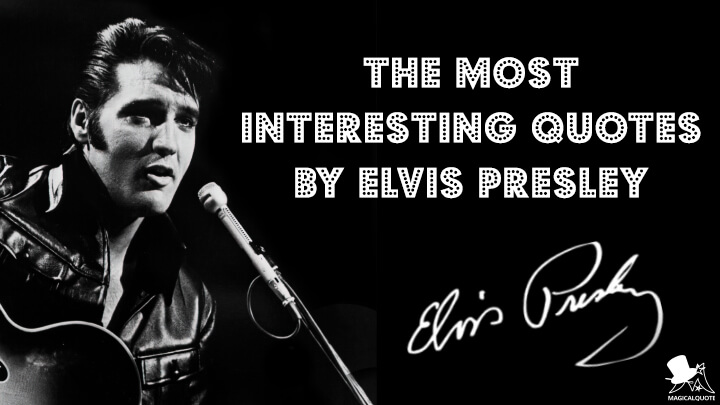 American singer and actor Elvis Aaron Presley was one of the most influential cultural icons of the 20th century. He is widely known by his first name Elvis and is often called the “King of Rock and Roll” or simply “the King.”

Born on January 8, 1935, in Tupelo, Mississippi, Elvis began his music career in 1954 at Sun Records and gradually grew up to become one of the biggest stars in rock ‘n’ roll.

His many awards and accolades include 14 Grammy nominations (3 wins) from the National Academy of Recording Arts & Sciences and the 1971 Grammy Lifetime Achievement Award, which he received at age 36.

As an actor, he starred in 33 films which were mainly musicals.

Health problems and addiction to prescription medication led to his premature death at age 42, but the memory of Elvis still does not fade and like many other legends he will live forever. 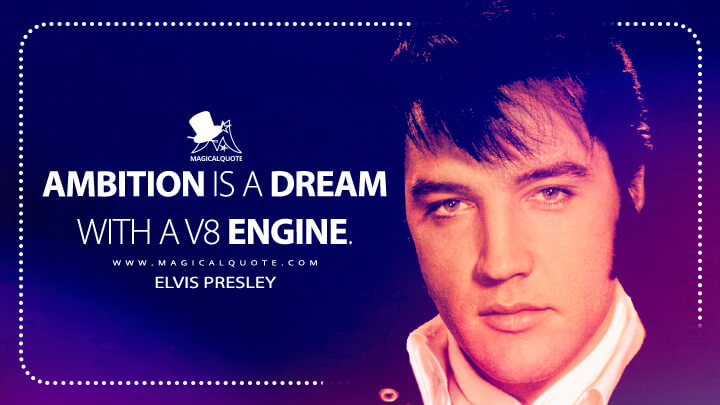 Ambition is a dream with a V8 engine.In 'Rand Lindsly's HUGE Quotations File,' an Internet collection of quotations.

I’m not trying to be sexy. It’s just my way of expressing myself when I move around.As quoted in: 'Elvis Presley: Memphis' by Mark P. Bernardo, Roaring Forties Press, 2011 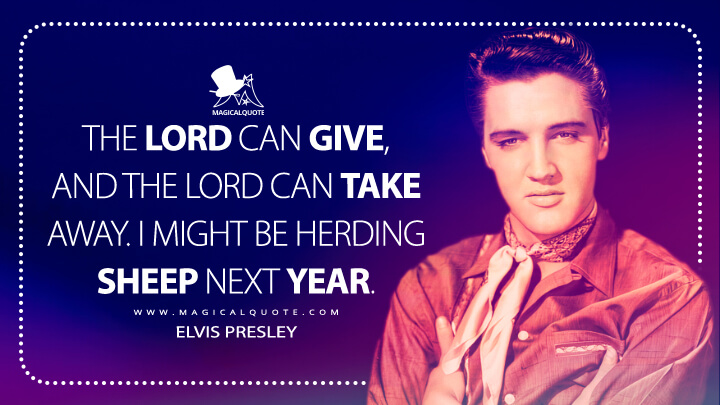 The Lord can give, and the Lord can take away. I might be herding sheep next year.Reign Down: Change Your Life Through the Gift of Repentance by Walt Kallestad, Shawn-Marie Cole 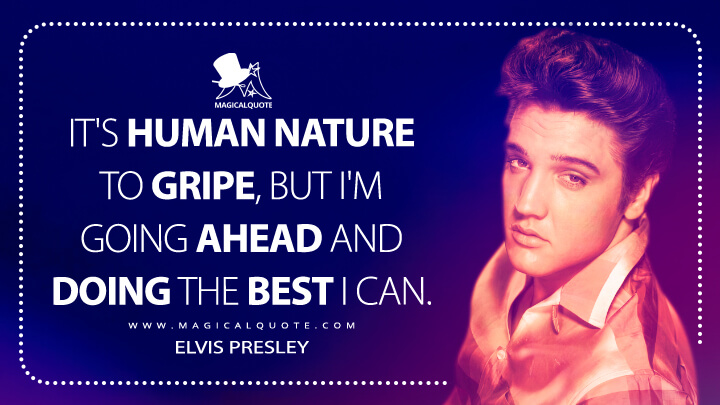 It’s human nature to gripe, but I’m going ahead and doing the best I can.Elvis by John Boertlein, 2006

The image is one thing and the human being is another… it’s very hard to live up to an image.Press conference in New York City (June 1972) 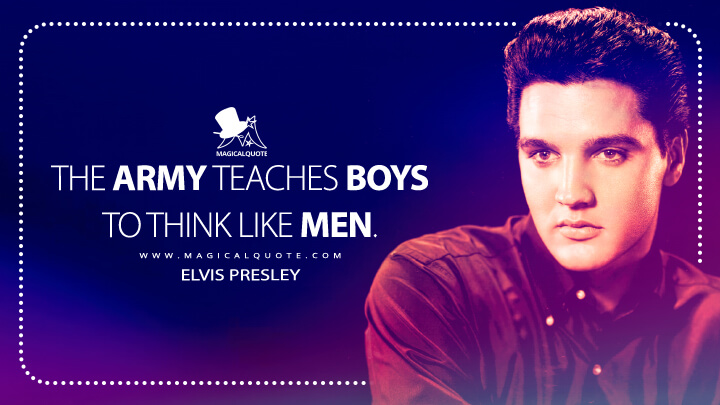 The army teaches boys to think like men.Operation Elvis by Alan Levy (1960) 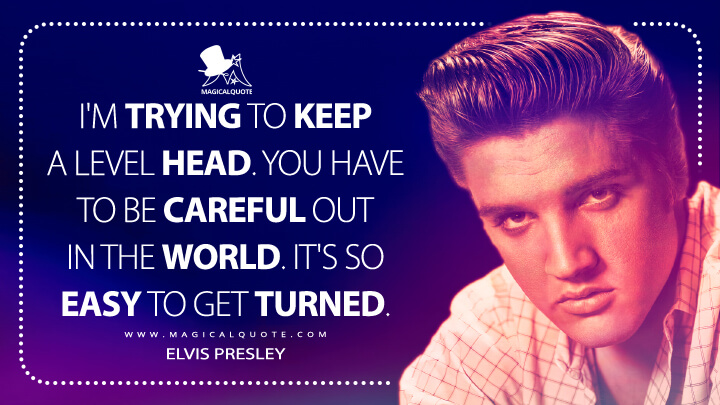 I’m trying to keep a level head. You have to be careful out in the world. It’s so easy to get turned.Strand of Deception by Robin Caroll 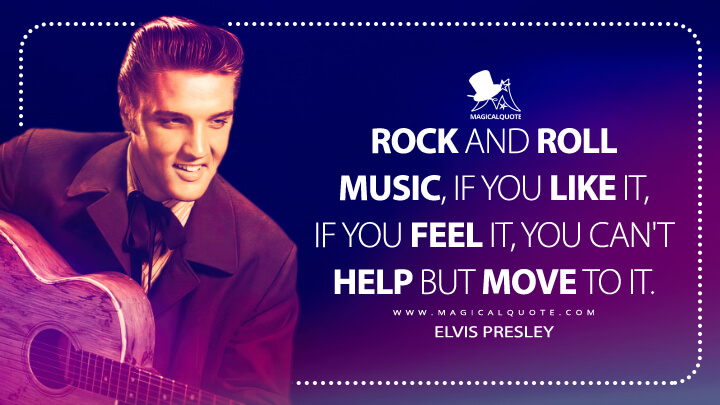 Rock and roll music, if you like it, if you feel it, you can’t help but move to it.Press Conference, Brooklyn, New York (September 22, 1958) 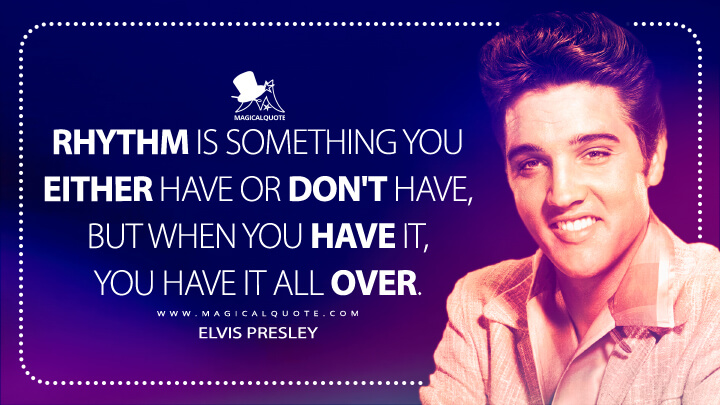 Rhythm is something you either have or don’t have, but when you have it, you have it all over.Jacksonville, Florida (August 1956) 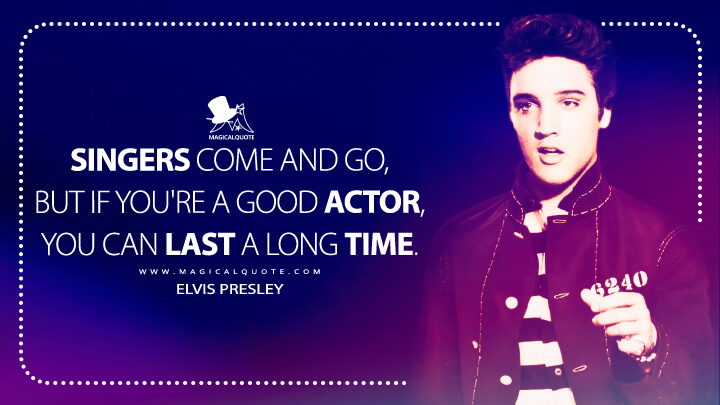 Singers come and go, but if you’re a good actor, you can last a long time.As quoted in: 'Elvis Presley' (Chelsea House, 1994) by Tony Gentry 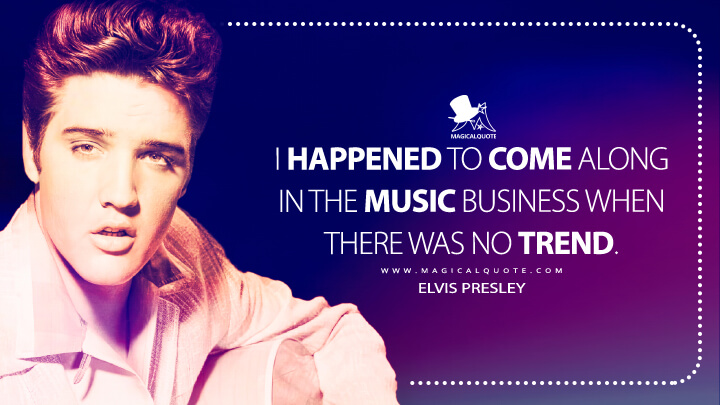 I happened to come along in the music business when there was no trend.Press Conference, Brooklyn, New York (September 22, 1958) 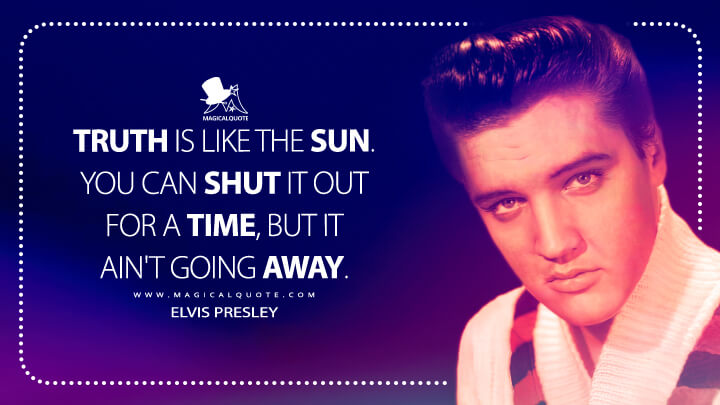 Truth is like the sun. You can shut it out for a time, but it ain’t going away.Handwriten message on Elvis' King James - Bible (Elvis Presley's bible) 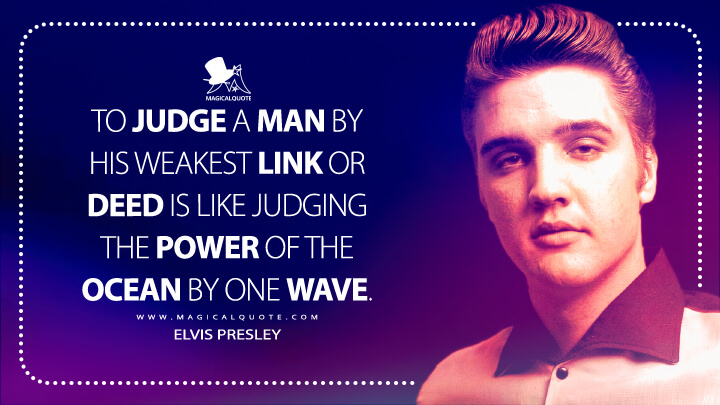 To judge a man by his weakest link or deed is like judging the power of the ocean by one wave.Handwriten message on Elvis' King James - Bible (Elvis Presley's bible) 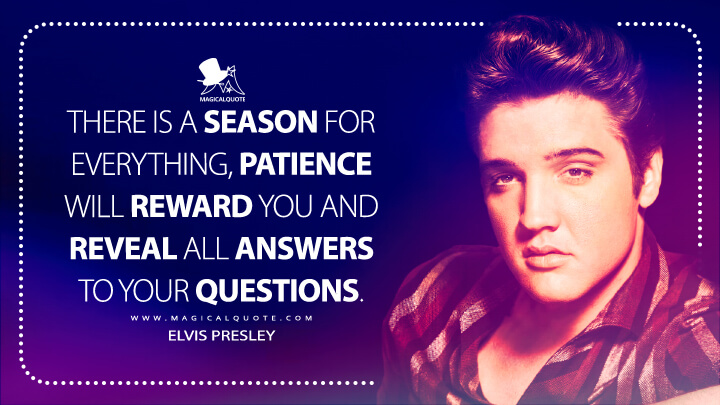 There is a season for everything, patience will reward you and reveal all answers to your questions.Handwriten message on Elvis' King James - Bible (Elvis Presley's bible) 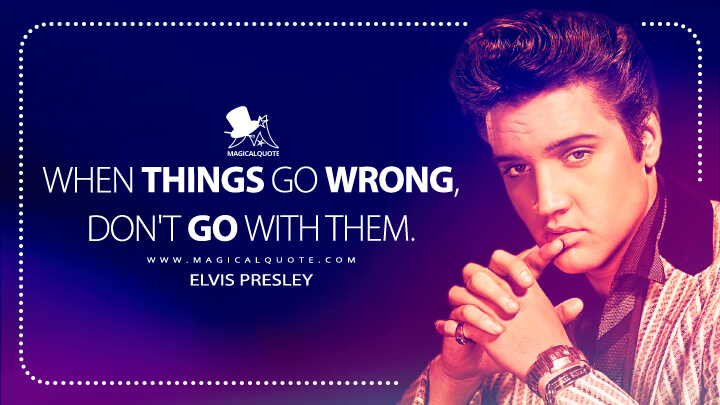 When things go wrong, don’t go with them.Battle Cries for the Hollywood Underdog by Monroe Mann and Lou Bortone