The right perception of any matter and a misunderstanding of the same matter do not wholly exclude each other.

Plain stupidity is the only thing that can give them such assurance.

Logic is doubtless unshakable, but it cannot withstand a man who wants to go on living.

Let me remind you of the old maxim: people under suspicion are better moving than at rest, since at rest they may be sitting in the balance without knowing it, being weighed together with their sins. 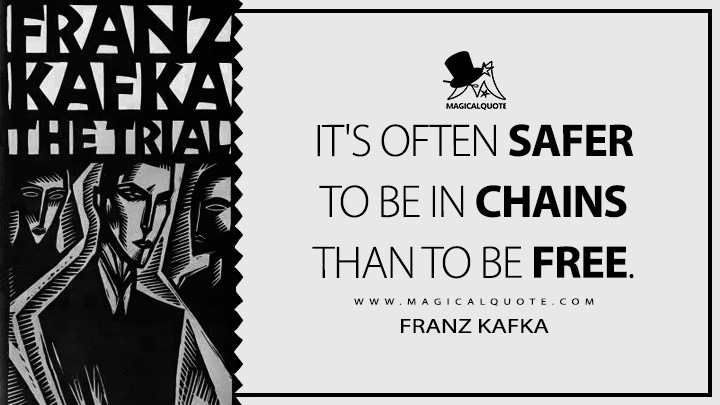 It is often safer to be in chains than to be free.

Do Some Magic!
Find more about The Trial on Amazon